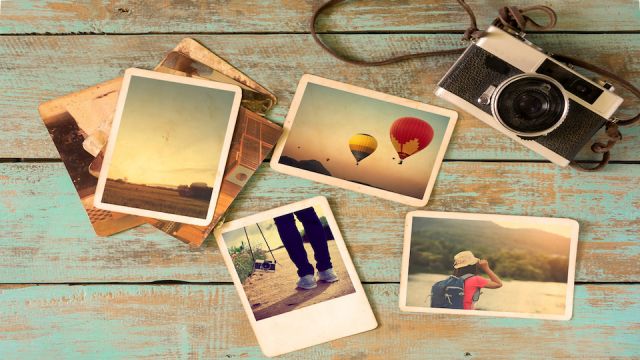 If you haven’t done it yet, you probably have plenty of “friends” that have. Facebook, Instagram, and Twitter have been featuring then and now profile pictures from mostly ten years ago and today. So far, over 5.2 billion people, including celebrities have embraced the challenge – digging out their dusty portraits from days gone by.

But, is this trend simply a fun flashback game or could it possibly leave you vulnerable for something more sinister than a few innocent chuckles from your friends and followers?

Kate O’Neil, a write for Wired is not so sure that the game is as innocent as it may seem. She had this to say.

“Imagine that you wanted to train a facial recognition algorithm on age-related characteristics and, more specifically, on age progression (e.g., how people are likely to look as they get older). Ideally, you’d want a broad and rigorous dataset with lots of people’s pictures. It would help if you knew they were taken a fixed number of years apart—say, 10 years.”

Facebook denies having anything to do with the #10 Year Change and says that it was a user-generated meme that went viral without any help from them. According to Facebook, they did not start the trend and photos that are being used already on Facebook which means they have nothing to gain from the flashback exercise. According to Facebook, users know that they can turn facial recognition on or off at any time.

Not everyone buying this

O’ Neill points out that people don’t always upload in chronological order, and a lot of people have profile pictures that are not portraits but rather pictures of their favorite pet, a cartoon, a family member, etc. The Now and Then Challenge gives Facebook a tremendous opportunity to gather a “clean” version of users by the context of information shared in a post like age in photo or year etc.

Facial recognition is not something new for Facebook. In fact, they have been working with it for the last several years using things like tagging and picking out photos you are tagged in even if you are not connected to the person who posted the photo. What this means is that even if you do shut off recognition, your face is still posted on the platform.

According to facial recognition expert Alvaro Bedova, Executive Director of Georgetown Law’s Center on Privacy and Technology, you can delete cookies and change browsers and leave your phone at home, but you can’t delete your face or leave it at home.

Common sense tells us that the more information Facebook has, the more it can be used for targeting ads and highly personalized experiences. If Facebook were to share or sell this technology, it could be really wild and highly intrusive.

Although Facebook denies any intention to share or sell this data, there is absolutely nothing stopping them from doing so. No law exists to protect this data from spreading like wildfire. Take Google and Amazon, both of these companies have been caught in the act of sharing technologies.

This is not an unlikely case since both Amazon and Google have been caught sharing their technology. Google photos use their technology to recognize not just people in the photos but can categorize by objects in a photo. For instance, if you search “car” in your photos it will bring up every image in your library that the algorithm recognized as having a car, even in the background.

Google has recently been involved in a lawsuit for scanning and saving the biometric data of a woman who was unknowingly captured in 11 photos taken by Google photos on their Android phone. Put this in action – this means that you could find a person who was in the background of one of your photos at a music concert in a split second online. That’s just a wee bit concerning!

Amazon has sold facial recognition software to the government – specifically to law enforcement agencies like the police in Orlando and Washington County, Oregon. This poses major privacy concerns.

“The police could use the technology not only to track people who are suspected of having committed crimes, but also people who are not committing crimes, such as protesters and others whom the police deem a nuisance,” said O’Neill.

The good, the bad and the ugly

According to a recent study, the average American citizen is on camera an average of 75 times per day, and this will only grow! Yes, facial recognition can help prevent crime and keep us safe but what else is it doing?

However, how young should we do facial recognition and where do you draw the line to protect privacy?

Like most technology, there is a good side, but also a sinister side that presents a wide array of challenges in application. This technology in the wrong hands could be extremely dangerous

Do you know just how much information can be extracted from your social media profile and who can see this? If not, it is important for you to know that data breaches are real and technology makes it possible for your personal data to spread like wildfire across the web without any real laws to keep this from happening.

So, what’s the takeaway here? Just be careful, really careful and do your best to know where your face and data is or could be going and the next time someone pulls out their phone to take a picture – run away!