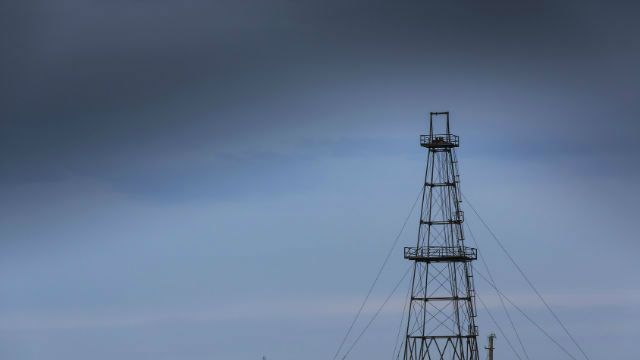 An eight-month investigation into the fracking industry in Texas, conducted by The Weather Channel, InsideClimate News, and the Center of Public Integrity, revealed last month that the Texas State Legislature seems to be more concerned about protecting the industry than protecting the health of some its citizens.

Their probe examined what the nation’s biggest oil producer has done to protect residents from industrial pollutants in the Eagle Ford region, which is a 400-mile-long and 50-mile-wide bacchanal of oil and gas extraction that stretches from Leon County in the northeast all the way to the Mexican border in the southwest.

This was an important investigation, as what’s happening in Eagle Ford is also important for other states like Pennsylvania, Colorado, and North Dakota, where horizontal drilling and high-volume hydraulic fracturing, or “fracking,” have made it profitable to extract oil and gas from deeply buried shale.

Over the past six years, there have been more than 7,000 oil and gas wells sunk into the sedimentary rock, with 5,500 more approved by state regulators, which makes Eagle Ford one of the most active drilling sites in the country.

While the industry is said to be helping this “long-depressed” region of about 1.1 million people financially, it may be threatening their health. If residents cannot enjoy a decent quality of life due to poor health, or worse, aren’t even around to reap the economic benefits, what good is that?

An in-depth report from Earthworks, released last September, concluded that the pollution from oil and gas development in the region most “definitely threatens, and likely harms, the health of Karnes County Texas residents,” which is found in the south region of Eagle Ford.

One family, who lives within two miles of 37 oil and gas facilities, 18 of which have been drilled and fracked within just a mile of the house since November of 2010, all complain of fatigue, nasal irritation, throat problems, joint pain, burning eyes, severe headaches, nosebleeds and other problems believed to be associated with emissions from the oil and gas activity.

A couple in Karnes City lives in a home that’s within 2.5 miles of over 50 wells. They used to dream of spending their retirement relaxing on a deck they built, enjoying a lazy afternoon, but the fumes won’t let them. Depending on the speed and direction of the wind, some days a yellow-brown haze stretches across the horizon, causing issues like burning eyes, chest tightening and stabbing pain at the temples.

The eight-month long investigation found that Texas’ air monitoring system was so flawed, even the state knows almost nothing about the extent of the pollution – just five permanent air monitors have been installed in the 20,000-square-mile region, and all are said to be far away from the heavy drilling areas where emissions are highest.

Companies that are caught breaking the law are rarely fined, and state legislature has cut the Texas Commission on Environmental Quality’s budget by a third since the fracking boom began in 2008.

The Eagle Ford boom is said to be contributing to a rather alarming trend – a 100 percent statewide increase in unplanned, toxic air releases associated with oil and gas production since 2000, which are normally caused by human error or faulty equipment.

Residents in the mostly rural counties of the region are at a further disadvantage; they haven’t been given any air quality protections, like more permanent monitors, that are provided to wealthier, more suburban regions near Dallas-Fort Worth.

What will it take us to learn that health is more important than profits?