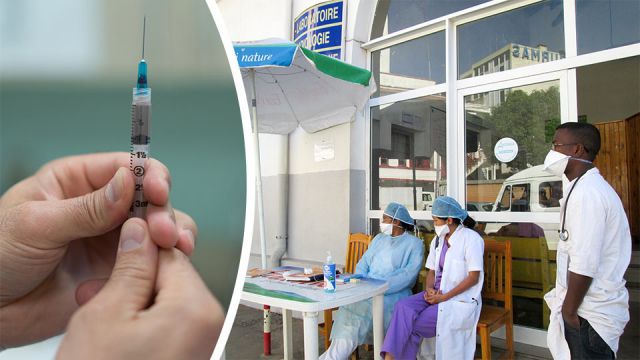 During the Middle Ages, an epidemic known as “the black death” wiped out about a third of the human population. At the time, people did not realize that the disease known as the bubonic plague was caused by a bacterium known as Yersinia pestis, which was spread by fleas and rats.

A superstitious view took hold that cats were somehow associated with the outbreak. This led to the tragic outcome where felines were slaughtered. Ironically, it was later discovered that cats were not to blame at all. In fact, high cat populations were what kept rodent populations in check (and hence the plague from spreading).

Today, scientists and healthcare providers fear that the plague may be making something of a comeback in some parts of the world. Thankfully, no one appears to be blaming cats, but other kinds of superstitions may end up helping the disease to spread.

Recently, some 2,000 plus cases of pneumonic plague have been reported in Madagascar and ten neighboring nations have been put on high alert. Health officials have been insisting that the crisis on the island nation off the west coast of Africa is now under control, but there have been numerous reports that many victims of the disease have been fleeing hospitals and refusing treatment because they fear needles and modern medical methods.

For instance, as UN representative, Jean Benoit Manhes, explained, “Some [patients have] escaped because they’re afraid of needles. People here are not used to the hospital. The problem of plague is not just a medical response. You can have hospitals but if people don’t come it isn’t enough.”

Unfortunately, many other irrational factors appear to be exacerbating the crisis. Untreated, pneumonic plague is almost always fatal, but it can be cured with antibiotics if it is caught early enough.

How the pneumonic plague spreads

Pneumonic plague is very contagious and can be spread by sneezing, coughing or contact with airborne particles containing the bacterium. The first symptoms include coughing, fever, chills and headaches. Within two days, severe pneumonia results and most people die within 36 hours. One doctor, however, believes that some strains can kill patients within three hours.

During the course of the disease, the fingertips and extremities take on a blackened appearance, hence the term “the black death.” Early treatment is essential, as is keeping victims from infecting others.

However, many individuals are not cooperating with health authorities because there is a stigma associated with the illness. In addition, officials are urging residents not to engage in a ritual practice known as “famadihana,” where family members excavate, turn and then rebury the bones of relatives every seven years. Experts insist the bacteria that causes the plague could still be active in the corpses and be transmitted to the living.

This strain is a more dangerous type of plague

Experts insist that the outbreak has been slowing down. But the crisis has worried health officials for several reasons. First, the vast majority of cases in this year’s epidemic have involved pneumonic plague, which is even more lethal and easily spread than bubonic plague.

Second, communicable disease experts, such as Paul Hunter, a professor of health protection at the University of East Anglia, warns that “The big anxiety is [that] it could spread to mainland Africa, it’s not probable, but [it is] certainly possible, [then it] might then be difficult to control.” He ominously adds, “’If we don’t carry on doing stuff here, at one point something will happen and it will get out of our control and cause huge devastation all around the world.”

News of how the plague outbreak has affected people in Madagascar has not received widespread coverage here in the West, but you can learn more about its impact by watching the following video: