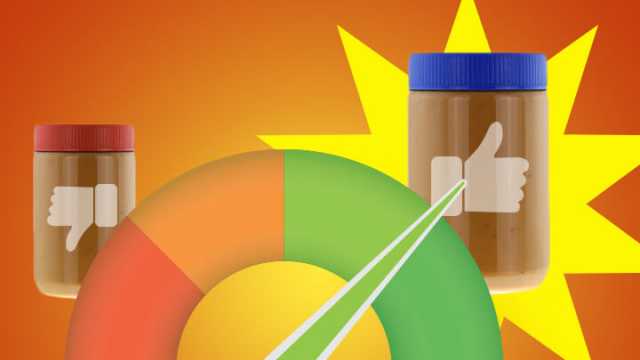 “Man cannot live by bread alone; he must have peanut butter.”  -James A. Garfield

We must acknowledge the goodness that does exist in real, 100 percent natural peanut butter and not let the imposters rule the scene. Here is a quick look at what makes peanut butter so great and what to be leery of when selecting the best brand for you and your family. 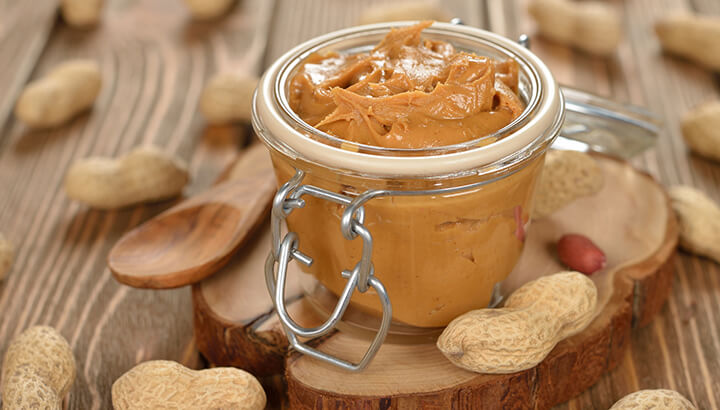 Before we dig into the specifics on peanut butter it is important to mention how it is actually made. Before food manufacturers decided to corrupt the product, peanut butter was pretty well unprocessed. It consisted of, well, peanuts and more peanuts. Now that other things have been added, say sugar, peanut butter is no longer peanut butter but some kind of sugar and oil laden fake.

There are 558 calories in a 100-gram portion of peanut butter. Although peanut butter is a rich protein, it is lacking in some essential amino acids such as lysine. If you want to make use of the protein you need to eat a lysine-rich source of protein along with it, such as meat or cheese.

Peanut butter contains about 50 percent monounsaturated fat and 20 percent saturated. The remaining fat is polyunsaturated fat, comprised mostly of omega-6 fatty acid linoleic acid, which can cause a problem (more on that to come).

Peanut butter is rich in vitamins and minerals

A 100-gram serving of peanut butter provides a plethora of vitamins and minerals including:

Other good things in peanut butter

Not only does peanut butter contain valuable vitamins and minerals, it is also rich in antioxidants such as p-coumaric acid, which has been shown to reduce the risk of stomach cancer.

Other beneficial substances include resveratrol, which may reduce the risk of cardiovascular disease and Q10, a nutrient valuable for energy metabolism. In addition, real peanut butter contains a good amount of beta-sitosterol. Researchers have found this nutrient to have anticancer properties.

There are some studies that show that people who eat peanuts may have a lower risk of a few pretty serious chronic conditions such as colorectal cancer and diabetes.

A couple of not-so-great things

Okay, now that we have extolled the virtues of one of my favorite foods, we must be fair and tell the whole truth, and nothing but the truth, about peanut butter.

Although all of this sounds pretty good, it is important to realize that calorie for calorie, peanut butter isn’t all that nutritious, when compared to low-calorie plant foods such as spinach or broccoli.

Remember earlier when I mentioned there would be more to come on these? Well, here it is. Peanut butter is comprised of about 30 percent omega-6 fatty acid and linoleic acid. Researchers have associated excessive omega-6 fatty acids with inflammation and an increased risk of cardiovascular disease. The problem is severe when most people already eat too many omega-6s and not enough omega-3s. Note that peanut butter contains no omega-3s.

Peanuts contain peanut agglutinin (PNA). This is a protein that binds to a sugar seen in many human cancers. In a 2014 study, it was found that PNA found in blood concentrations after peanut consumption promoted the progression of two steps in metastasis. In addition, researchers have found peanut consumption to increase metastasis in a mouse model of breast cancer. One study found that PNA had the potential to promote metastasis through increases vascular invasion and lymph node compromise.

One of the most concerning things I think about peanuts is that they contain aflatoxins. Peanuts, which grow underground, are colonized by a fungus known as aspergillus, a source of aflatoxins. These are toxic and highly carcinogenic. Although we can resist short-term exposure to these toxins, no one is quite sure what long term exposure might do. Research says it may not be a good thing. Studies done in humans show a link to aflatoxin exposure and liver cancer, stunted growth in children and mental retardation.

However, I must also note that the actual processing of peanuts into peanut butter can reduce aflatoxins but up to 89 percent. This is a good thing.

After weighing all the research and, of course, putting aside my personal biases, here is what I conclude. There are a lot of good things in peanut butter, but also a few bad things. Although peanut butter is rich in nutrients and a good source of protein, you must eat lysine-rich foods in order to capitalize on the protein. It has lots of fiber and minerals but also a very high calorie count which tends to offset this.

On the negative, peanut butter is a source of aflatoxins and contains high amounts of fatty acid that could lead to significant health problems.

I don’t think I can, with good conscience, recommend that peanut butter be a staple food but I wouldn’t shun it as an occasional treat. Eating small amounts at a time will most likely not threaten your health or the health of your family members. That is, as long as you are eating 100 percent real peanut butter without any added ingredients like sugar, trans fats and vegetable oils. Shop carefully and enjoy in moderation! Spoons up!