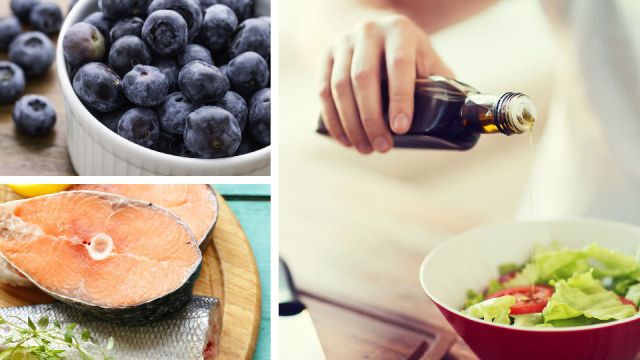 My educational background is in psychology and neuroscience. I’m a brain research junkie and read the latest studies each and every week.

For the past three years or so, I have focused my attention on neurodegenerative diseases — mainly Alzheimer’s and Parkinson’s. As I became more interested in nutrition, I began to focus more on the impact that diet (and other lifestyle factors) have on the brain.

Just as the foods you eat influence your heart, kidneys, liver and all other major organs, your brain is also impacted by what you put in your body. Treat it right, and you may be able to stave off future neurological complications, including the development of neurodegenerative diseases.

If you look at the available research, there are numerous studies that show a clear connection between a nutrient-rich diet and brain size, as well as brain functionality. This is particularly the case when eating a Mediterranean diet.

This month, a new study was published in Neurology. After studying 4,213 people in the Netherlands, it was found that diet may have a profound effect on the brain. The average age of these participants was 66 years old (none of the participants were living with dementia at the time of the study).

After filling out a questionnaire based on their intake of 400 items in the past month, the researchers focused their attention on diet quality. More specifically, they examined the participants’ intake of fruit, vegetables, legumes, whole grain products, nuts, fish, dairy, tea, unsaturated fats and oils, processed and red meat, alcohol, salt and sugary beverages.

The participants were then each ranked based on the quality of their diet. They were given a score between zero and 14. The average score was seven. Following this analysis, all participants underwent an MRI scan. Measuring a number of metrics, the average brain volume was found to be 932 milliliters.

After adjusting for other variables (sex, education, age, smoking and physical activity), it was found that a higher diet score was linked to a larger brain volume. In previous studies, those with a greater brain volume were shown to have higher levels of cognition.

Overall, those who consumed a healthier diet had an average of two more milliliters of total brain volume in comparison to those who did not eat a healthy diet. To put this in perspective, a brain volume that is 3.6 millimeters smaller equates to one year of aging.

The study above is not the first of its kind and it won’t be the last. In fact, past research shows that a diet rich in key vitamins, minerals and fats can stop the brain from shrinking. In comparison, eating “junk food” has the opposite effect.

Unlike farmed fish, wild-caught fish is not as heavily exposed to toxins, antibiotics and other harmful chemicals. Known to offer the body and mind essential omega-3 fatty acids, fish may also reduce brain shrinkage. In one key study, it was found that adults who took fish oil, who had not yet developed Alzheimer’s, experienced less brain shrinkage and cognitive decline in comparison to those not taking fish oil.

It was recently found that kale and other dark leafy green vegetables may help keep the brain up to 11 years younger. As published in Neurology, older people who ate at least one serving of leafy greens daily, experienced lower rates of decline on tests of thinking skills and memory. High in folate and B-12, these B-complex vitamins have been shown to reduce brain shrinkage across time.

A staple of the Mediterranean diet, quality olive oil has been shown to protect brain tissue. Not only has it been attributed to less brain shrinkage, but also healthier neurons. Loaded with anti-inflammatory and antioxidants properties, olive oil is also believed to reduce the risk of genetic mutations in the brain.

Nuts provide your body with a range of key nutrients, including healthy fats and vitamin E (which is high in hazelnuts and almonds). Walnuts are one of the top nuts for brain health, and just one-quarter of a cup provides nearly 100 percent of your daily recommended DHA (an omega- 3 fatty acid found in the human brain, skin, retina and cerebral cortex). Brazil nuts are also highly recommended.

When it comes to inflammation, blueberries can act as a natural line of defense. Also, based on their high concentration of antioxidants, these little nutritional powerhouses are believed to protect brain cells from damage. The research shows that the regular consumption of blueberries is linked to increased blood flow to the brain. It has also been found that blueberries help protect against (and in some cases reverse) cognitive loss due to brain injury, stroke and normal aging.

When it comes to your neurological health, it is also important to note that there appears to be a significant connection between heart and brain health. This means that you should address and properly manage any cardiovascular conditions, including hypertension and diabetes.

On that note, I’m going to leave you with this quote from T. Colin Campbell, one of my favorite American biochemists. He is also a nutrition educator and once said, “Good nutrition creates health in all areas of our existence. All parts are interconnected.”

Feed your body and mind what it needs, and it will help you take care of the rest!