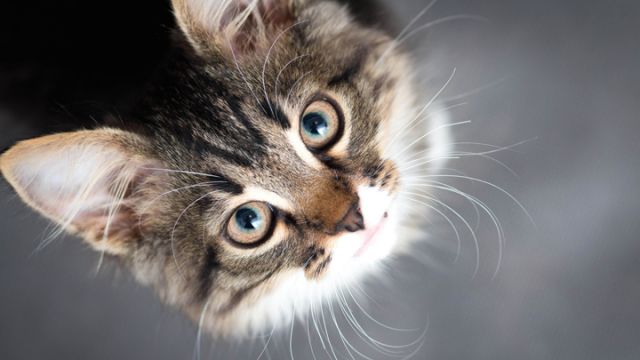 You’ve probably heard of animal communicators, people who claim they have the ability to “speak” with animals, and help sort out a pet’s physical or emotional issues. Often these communicators don’t even have to meet the animal – they will tell you what’s going on with your pet over the phone, or by seeing a photo of the pet sent via the internet.

Is it simply a case of a sucker born every minute, or do some people have a real ability to communicate nonverbally with other species? If animal communication exists, is it possible to learn how to do it?

From beyond the grave

It’s not unusual for a person experiencing a reading to find a message from an animal no longer on this plane – in other words, deceased. In that sense, a “pet psychic” is also a “pet medium.” It is also not unusual for a client to contact an animal communicator because of an issue with a particular pet, only to have another pet “do all the talking.”

Always take notes. When you are speaking with a communicator, give them minimal information about the issue you’re having with your pet. Listen for factual information, not psychobabble. An example of the former is, “Your dog really doesn’t like the gray cat. She’s fine with the black cat and the tabby, but the big gray cat threatens her.” If you didn’t tell the communicator your dog lives with cats of these three colors – and your Facebook or other social media doesn’t give this information away – then that’s a hit for the communicator. If the communicator tells you the dog wishes you were home more, she’s lonely when you’re gone, etc., that’s probably true of every canine with a working owner and it doesn’t take a communicator to figure that out.

Some people have always felt animals were telling them something, but figured they were imagining these “conversations.” Animals are intelligent, although possessing a different kind of intelligence than humans. Each animal is an individual, with its own idiosyncrasies, just like people. Many communicators feel humans originally communicated telepathically, but the rise of language forced people to rely more on verbal than intuitive skills.

Horse or dog whisperers are animal communicators, although they aren’t going to diagnose your pet over the phone. Those who excel at training communicate with animals on a level that ordinary people can’t. They may not claim psychic abilities, but they have an innate understanding of animal behavior and reactions, and animals trust them.

Whether or not you believe some people can tune in to an animal’s thoughts, there’s no question that learning to read body language offers great insight into your pet’s state of mind. You can probably tell when your pet is happy, depressed, angry, frightened or excited by his body language. Learning to read more subtle cues is a way to discern an animal’s less obvious state of mind. Ear and tail position are major clues to an animal’s emotional condition.

Because animals supposedly communicate in pictures, visualization is a good way to get started in communicating with your pet. Think about the behavior you want from the animal, and don’t visualize the negative. Stay quiet and focused, and see if this visualization makes a difference. If you want your pet to understand something, send it to him visually. For example, if your cat is always trying to get outside, explain to him visually that cars might kill him.

This sounds like errant nonsense to some people, while in others it strikes a chord. If you think you might have the ability to communicate with animals, attend workshops or take classes with a recognized authority. It could open up a new world.