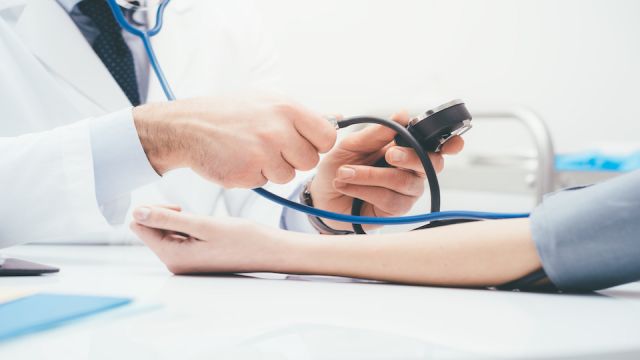 When you hear the word “workout”, you probably conjure up images of strapping on your running shoes or grabbing your hand weights and performing some form of exercise. However, there is a new type of strength training that researchers feel could lower blood pressure and boost both cognitive and physical performance.

According to Daniel Craighead, a postdoctoral researcher at the University of Colorado Boulder Integrative Physiology department and study leader,

“IMST is basically strength-training for the muscles you breathe in with. It’s something you can do quickly in your home or office, without having to change your clothes, and so far it looks like it is very beneficial to lower blood pressure and possibly boost cognitive and physical performance.”

IMST is not a new therapy, in fact, it was developed as an exercise to wean critically ill persons off of ventilators in the 1980’s. Basically, IMST involved breathing vigorously through a hand-held device known as an inspiratory muscle trainer, which creates resistance. It is kind of like sucking hard on a straw which sucks back.

In 2016, researchers from the University of Arizona discovered that 30 inhalations per day with heavier resistance could help people who suffer from sleep apnea and often have weak breathing muscles. After just six weeks of more restful sleep, participants also had a significant drop of 12 millimeters of mercury in their systolic blood pressure. This is about two times as much of a decrease as can be gained with aerobic exercise and much greater than most medications can deliver.

Millions of Americans have elevated blood pressure. Systolic blood pressure indicates the pressure in the vessels when the heart beats. As we age, the arteries stiffen, and pressure rises. This can lead to damage of blood-starved tissues and a higher risk of heart attack, cognitive decline, and even kidney damage.

Thirty minutes of aerobic exercise daily can lower blood pressure, but only about 5% of adults meet this daily minimum. About 65% of mid-life adults have high systolic blood pressure.

According to study leaders, “Our goal is to develop time-efficient, evidence-based interventions that those busy mid-life adults will actually perform”  Because IMST can be done in very little time, it is hopeful that more people would engage in this life-saving exercise.

A $450,000 National Institute of Aging grant has been awarded for a clinical trial of IMST with 50 subjects. Preliminary results with half of the tests done show great promise:

“High blood pressure is a major risk factor for cardiovascular disease, which is the number one cause of death in America. Having another option in the toolbox to help prevent it would be a real victory.”