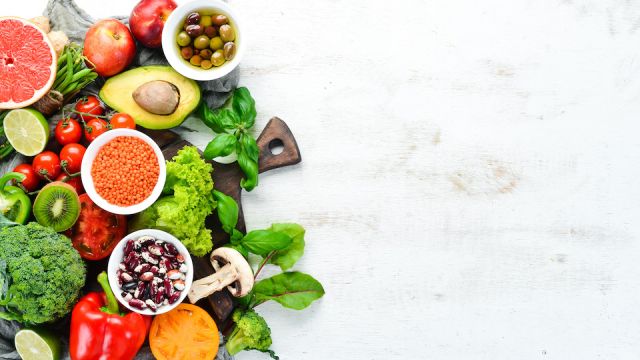 The benefits of consuming a plant-based diet cannot be ignored.  Research shows that eating a diet rich in vegetables and other plants can reduce your risk of heart disease and slow down cognitive decline while preventing diabetes and even certain types of cancer.

Furthermore, there is plenty of evidence to support the fact that a plant-based diet can also lower your risk of obesity and high blood pressure. In short, there are many great reasons to eat more plants, including a report that suggests that a plant-based diet may relieve and even cure Crohn’s disease. This chronic inflammatory bowel disease impacts up to 780,000 people in the United States.

A study published in the journal Nutrients followed a young man with Crohn’s disease who experienced a complete remission of the condition after he stopped eating meat and processed food and adopted a plant-based diet. This report is yet additional evidence of the value of consuming a plant-based diet for health.

“This case study supports the idea that food really is medicine. Not only does it show that eating a high-fiber, plant-based diet could help lead to Crohn’s disease remission, but all the ‘side effects’ are good ones, including a reduced risk for heart disease, type 2 diabetes, and certain types of cancer.”

Plant-based diets can heal the gut

The subject of the study was in his late 20’s and had suffered from severe abdominal pain, nausea, ulcers, and diabetes for years before being diagnosed with Crohn’s’s disease. Intravenous treatment did not remedy his condition, and medicine just took the edge off, but he still experienced fatigue, bloating, and abdominal pain.

After letting go of meat, dairy and processed foods and consuming a diet rich in grains, legumes, vegetables, and fruits, his symptoms improved, and he eventually achieved clinical remission. In just six short months of following a plant-based diet, the mucosa in his gut healed, and there was no longer any evidence of Crohn’s disease.

After eighteen months of following a plant-based diet, the man did not have any relapses and was able to stop taking drugs completely.

Because the exact cause of Crohn’s disease is not known, it makes it a challenging condition to treat. There are several thoughts on the subject, including genetics, diet, immune issues, environmental exposures, and an abnormal balance of bacteria inside the gut.

About 10 percent of people who are diagnosed with Crohn’s disease ever reach full remission using standard medications. As many as 50 percent eventually need surgery such as a small bowel resection, ileostomy, or subtotal colectomy within ten years of a Crohn’s’s diagnosis.

Plant-based diets are high in fiber

Plant-based diets are high in fiber, which does miraculous things to heal the gut. Eating fiber helps develop a highly diversified microbial system through fermentation, which is how the healthy bacteria in the gut eat fiber.

Finally, it’s important to remember that each person’s response to a plant-based diet will vary depending on the severity of their disorder. Keep in mind that what works for one person might not work for another.

Dr. Tejinder Kalra is a gastroenterologist with Loma Linda University Health had this to say.

“Because of the complexity and still not fully understood mechanisms causing Crohn’s disease, as well as not all patients with CD [fitting] into one pathway, not everyone responds to one drug equally, Consequently, a plant-based diet should complement — not replace — other treatment methods such as medications.”

Be sure to speak to your physician before switching to a plant-based diet.