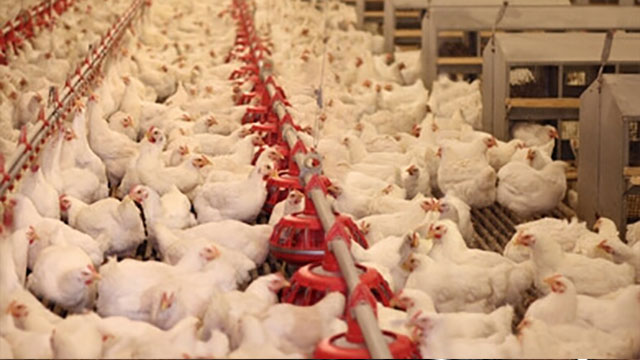 In 1826, Anthelme Brillat-Savarin wrote, “Dis-moi ce que tu manges, je te dirai ce que tu es,” which translates into, “Tell me what you eat and I will tell you what you are.”

Of course, this is not meant to be taken literally, in the sense that if you eat a pig, you are a pig. However, what was meant was that the food that we eat has a direct influence on our mind and our body.

It goes without saying that when the food we consume is laden with pesticides or toxic chemicals, we will ingest these things. Researchers at Johns Hopkins Center for a Livable Future set out to prove just this with regards to chicken.

In the years 2010 and 2011, researchers collected chicken samples from grocers in ten major cities in the United States. Some of these samples were conventional chicken, some were antibiotic-free chicken, and some were USDA Certified Organic chicken.

During the research period, the pharmaceutical giant Pfizer was making and selling an arsenic-based drug, known as roxarsone, which was commonly mixed with poultry feed.

When the results of the study came in, not only did researchers find inorganic arsenic in some of the meat samples, but also traces of roxarsone. Chicken that had residual roxarsone also had levels of inorganic arsenic that was four times higher than levels found in the USDA Organic chicken samples.

Arsenic drugs make poultry bigger and bring out the pigmentation in the meat. In addition, they are also used to treat parasites. Industry representatives note that, in 2010 almost, 90% of all chicken eaten in America was treated with arsenic drugs. With mounting pressure, Pfizer voluntarily removed roxarsone from the United States market. However, it still sells the drug in other countries.

This is good news, right? Well, sort of. Although Pfizer removed roxarsone, it still markets nitrasone, in America, which has a similar chemical composition to roxarsone and is also used in chicken feed.

With no federal intervention, states are beginning to take matters into their own hands. In January of this year, Maryland became the first state to forbid the use of arsenic-based drugs in poultry food; a demonstration that if the federal government will not take action, the states will do it themselves. This is not the first time that this has happened.

The seriousness of chronic arsenic exposure should not be overlooked. Such life-threatening conditions as type 2 diabetes, bladder, lung and skin cancer, as well as heart disease and cognitive deficiencies have been linked to the dangerous compound. This is tragic indeed as chicken is so very popular in America, with over 75% of citizens eating it on a regular basis.

Another Vote for Organic 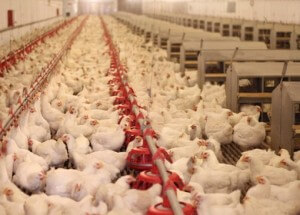 Most people who eat chicken choose conventional  factory-raised chicken instead of organic, free-range chicken, because of the price. However, the higher priced USDA Organic Chicken does not allow the use of arsenic drugs and is, therefore, a much safer bet.

Advocates for organic state that the costs are paid upfront or in the end with massive hospital bills and a compromised quality of life. The same holds true for organic produce that we know has not been grown with genetically modified seeds, sprayed with chemical fertilizers and doused with toxic pesticides.

The good news is that even though the options of purchasing organic may cost a little more, we still have options. The question that consumers have to answer is whether or not they are willing to compromise their health and save a little or spend more to protect it.