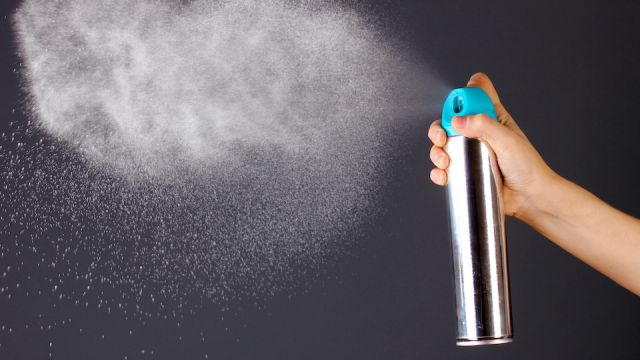 Have you ever wondered what’s in those air fresheners that make your home, office, or bathroom smell like a gingerbread house, tropical paradise, or woodsy cabin surrounded by wildflowers? It’s certainly not roses…In fact, the truth might surprise you.

While they may seem to be pleasant smells, what’s in the synthetic versions of these fragrances is not so nice. And yet, most bathrooms, lobbies, hotels, shopping malls, and office spaces – along with many homes and cars – are sprayed with these well-marketed products every day. Here’s why you should think twice the next time you reach for a spray or plug-in.

Those air fresheners with the pretty pictures of flowers, fruits, and baked goods on the packaging contain none of those pleasant ingredients. In fact, they are packed with chemicals that fly under the radar of minimal testing and labeling requirements.

In 2010, the International Fragrance Association released a master list of more than 3,100 chemicals that are used by most manufacturers. Chemicals on that list include carcinogens, endocrine disruptors, reproductive toxicants, and numerous allergens (to name a few). A fragrance can be made up of more than 100 chemicals and can include any of these harmful constituents.

VOCs, or volatile organic compounds, are compounds with a low boiling point that form gas or vapor at room temperature. This makes them excellent scent dispersal agents – but unfortunately, they have been linked to an increased risk of asthma, particularly in children.

Most air fresheners typically contain formaldehyde, which is a well-known human carcinogen that has been definitively linked to cancers of the nose and throat. It is also known to cause ongoing irritation of the throat and airways, potentially leading to dangerous infections, frequent nosebleeds, asthma, and other respiratory ailments. A 2013 study of more than 2,000 pregnant women found that women who used plug-in air fresheners during gestation were statistically far more likely to have babies that suffered from serious lung infections.

Compounding the risks posed by formaldehyde, most major brands of plug-in air fresheners contain a chemical known as naphthalene. Naphthalene has been shown to cause tissue damage and cancer in the lungs of rodents in laboratory studies and may cause similar effects in humans.

Phthalates, which are also found in many plastics, aerosol sprays, paints, pesticides, cosmetics, and fragrances, are notoriously disruptive to the body. As the NRDC reported in their research, “Most phthalates are well known to interfere with the production of the male hormone testosterone, and have been associated with reproductive abnormalities”. Phthalates are on the State of California’s list of toxic substances “known to cause birth defects or reproductive harm”. The NRDC also warns that airborne phthalates can cause allergic symptoms and asthma. Even trace amounts of phthalates can accumulate to cause these harmful side effects.

Dichlorobenzene is found in the majority of air fresheners, yet it is an EPA-registered pesticide, known human carcinogen, and has been shown to cause kidney and testicular cancer in rats. Research has also linked this chemical to reduced lung function and increased asthma rates in humans. Dichlorobenzene is a nerve-deadening chemical that coats the nasal passages and temporarily blocks sense of smell. This is how the new generation of air fresheners actually “freshen” the air. Not so fresh after all!

Airborne toxins are worse for your body

What is perhaps most concerning is that the toxic chemicals from air fresheners are released as tiny particles that can be inhaled deeply into the lungs and rapidly transferred into the bloodstream. Plugins, sprays, and candles all contain irritants to the airways. People who have asthma, COPD, or allergic rhinitis already have inflammation, and the irritants from air fresheners can exacerbate the problem.

A 2011 report released by the American College of Allergy, Asthma & Immunology linked the VOCs in air fresheners with a 34 percent increase in health problems in people with asthma.

Air fresheners can be dangerous for kids & pets

Some forms of air fresheners can be quite toxic, especially to animals (and children!) who might ingest the substances or not have the knowledge to avoid parts of the home where they’ve been used. A pet might cough, sneeze, produce discharge from the eyes or nose, or suffer from vomiting, diarrhea, lethargy, or lack of appetite.

Of all the formulations, the evaporating beads and reed diffuser type air fresheners have the greatest risk of serious toxicity when swallowed by children. The beads are more dangerous than other formulations because they are easy to swallow, can be swallowed in large quantities, and contain enough VOCs to cause serious effects. Symptoms can last a long time because the beads slowly dissolve in the intestine, causing a prolonged release of the toxic chemicals. The diffuser solutions are dangerous to children because they are packaged with open tops, allowing large amounts of diffuser solution to be swallowed.

How to make your home smell great naturally

While store-bought air fresheners may smell great, they are only tricking your senses and loading your body with toxins. Skip the fake smells and go for natural freshness instead.