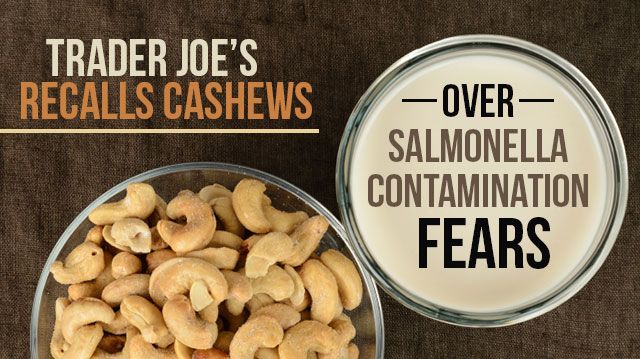 Hawaiian shirts and specialty foods may not be all you find at Trader Joe’s. A supplier to the grocery store chain reported a possible Salmonella contamination in a line of cashew nut products, according to a recall statement issued by Trader Joe’s.

The cashews in question are the Trader Joe’s Raw Cashew Pieces that can be identified by the packaging code “BEST BEFORE 07.17.2016TF4” found above the barcode.

To date, there have been no illnesses reported in connection with the cashew nut products, but Trader Joe’s urges all its customers with Trader Joe’s Raw Cashew Pieces marked “BEST BEFORE 07.17.2016TF4” to discard the product or return it to a Trader Joe’s store for a refund. Customers are invited to call Trader Joe’s Customer Relations at (626) 599-3817 with questions, according to the company’s website. 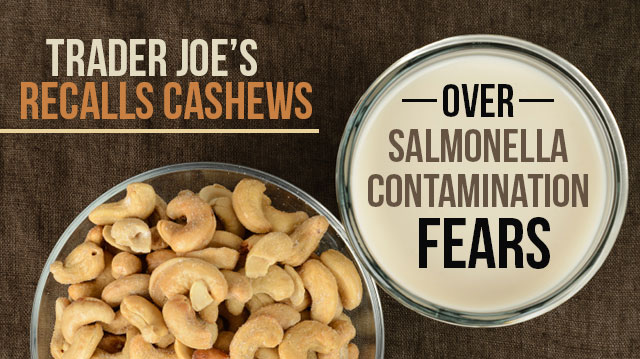 This is not the first time Trader Joe’s has had a run-in with foodborne illness. In 2013, products sold at Trader Joe’s stores allegedly sickened 33 people in four states. The contamination was investigated by state and federal health officials after E. coli was found in Glass Onion Catering salads and wraps. There is an ongoing lawsuit related to the outbreak.

Moreover, in March of 2015, Trader Joe’s issued a voluntary recall of raw walnut products distributed by the company. Trader Joe’s has also had problems with ginger beer sold at its stores, after several customers reported that the ginger beer bottles exploded. Hopefully, Trader Joe’s has caught this most recent Salmonella contamination before it sickens unsuspecting consumers.

How much faith do you have in U.S. corporate food safety in light of the widespread foodborne illness outbreaks in 2015?