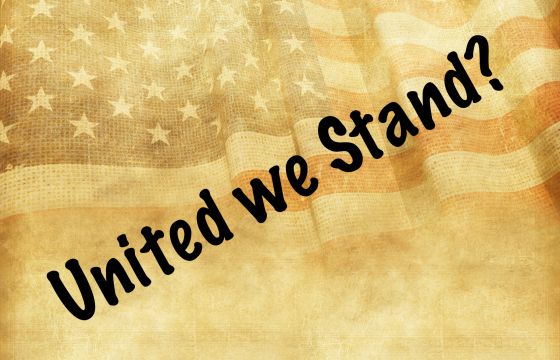 There’s been a lot of press lately surrounding Donald Trump. And why not? Media loves a story. Criticize another presidential primary candidate? That’s interesting. Introduce a controversial criticism about their war record? Even more interesting. Say something so absurd and headline worthy that people can’t help but click on the story, tune in the radio or watch your broadcast? Well, that’s a home run.

It’s sad. Itching ears, popularity, just get attention… all press is good press. Yeah, right. In the world of politics, probably more so than any other, we fixate on controversy. And our media outlets serve it right up to us. We are the consumers. We want it. Our behavior proves it.

Isn’t it about time for an alternative? One where we seek character and substance? Where we focus on the issues and carefully consider the position our candidate takes and expresses. One where mean-spirited sensationalism is condemned and shut down — making it something that ends a career in politics, rather than catapulting you to the head of the pack.

Reflecting on a better model

I have been watching the television series The West Wing recently. The early seasons are actually very good. There is wonderful wit and interesting character development. They cover a lot of deep and controversial issues in a thoughtful and engaging fashion.

A couple of months ago, thinking how much I was enjoying The West Wing, I checked out House of Cards. I saw the first two episodes, but I couldn’t keep watching it. Kevin Spacey is a great actor. The show is very well written. But the premise is depressing: revenge, backstabbing, manipulation and scandal.

I don’t want to spend my time watching a show that sensationalizes and popularizes those things (sorry all you fans of the show). And I don’t want to fixate on the latest polarizing things that Donald Trump says. I want to pursue the alternative to negativism, partisanship, extremism, divisiveness and hatred. I want to focus on principles, truth, justice and fairness.

I am not a member of a political party. I don’t like what the two party system has done to politics. It seems like it is all we / they. It becomes about winning rather than getting something good done. It doesn’t help us to serve the greater good, the public at large. It instead promotes ambition, power, influence, money and greed. It isn’t the higher calling. It’s a house of cards.

The government is not a corporation

Which brings us to another issue that I believe we need to consider when choosing our leaders. Somehow there is this belief that a person who has led a large corporation has the necessary background to lead a country.

Just because someone has successfully led a large company (and as an aside, some of our prospective presidential candidates didn’t actually do such a good job of that), we think that they should be able to right the ship of big government gone out of control.

Really? Should the federal government operate like a big business? How many companies in the health industry (which includes our food manufacturers) do you know that have chosen to put the health of their constituents ahead of — or at least on par with — their profitability, their shareholders and their own pockets. (I am not convinced health, in most cases, is even on their list of helpful considerations to guide their business practices.) Do you want your country run by a person who is good at ensuring the richest people just get richer?

I am not trying to be overly cynical here. I just want to make sure we are considering our present reality. According to the Economic Policy Institute, CEO-to-worker compensation has gone from 20-to-1 in 1965 to 295.9-to-1 in 2013.

We all think we believe in the American dream, but is that how we ought to define it? Being in the top 1 percent while trying to disconnect and separate us from our neighbor? That most famous person of all time had a lot to say about how we should treat our neighbor.

Government is not a corporation. Think about the cliché of big business. It is based on a premise of my company, my survival, my profitability. It is about winning and making lots of money. It isn’t so much about principles and trust, is it? I think it should be… but reality just kicks in a little too hard.

To be a leader in government, you need a higher calling. You need to think collectively. You need to think about everyone — including what many might consider the competition. Someone got in a lot of trouble in the last presidential election cycle when they thought they could write off the 47 percent.

If, as a presidential candidate, you believe that your experience in big business is adequate preparation to help you right the ship of the US government, I would politely ask you to deeply question your premise.

Back in November of 2008, I happened to be staying at a resort in Williamsburg during election week. It’s funny, my wife and I hadn’t planned it that way, it just happened to be the week we could get away and there was availability.

On the eve of the election, I had a conversation with a person who was serving in the on-site mini convenience store. This man happened to be a person of color. We had a great conversation. He spoke about the election with a sense of great pride. And then later that night, we all know what happened — we had elected the first black president of the United States of America. I remember staying up almost the whole night, in celebration, delighted by what just happened and the coverage and ensuing exuberance of millions of people.

Again, I remind you, I am not a member of the Democratic Party. But I am a fan of hope. And that night, the country sent a message to every young black male child, that someday, they too, could become the president of the United States of America. And in fact, it sent a message to every child, that the color of your skin shouldn’t be the determining factor in whether you can get there. Which is great, because it shouldn’t be. It never should have been in the first place. Your qualifications, your character and your ability to lead — definitely. Not your skin color. I always had the option from the day I was born. I was born white.

The day after the election I saw the man who I had spoken to the night before. He was busy engaged with another customer. We didn’t speak. He caught my eye. We smiled at each other. He was different. He carried himself with more purpose. Not pompous… it was dignity.

And he spoke with greater humor and joy. I could see it in him. He knew. He too could become the president of the United States someday. And the people across the country had sent him that message. We had done something the night before that gave hope throughout our land. And that is a good thing.

That is what we need. Inspiration from those in government. Real leadership. Not sensationalism. Not the next story that people gawk at — but the seeds of a better future.

The story isn’t over. Many readers will, no doubt, say, “Wait!” We had just elected our first black male president in 2008. But what about every little girl in the USA? Would they be able to also dream about the possibility of one day becoming the president of the United States? 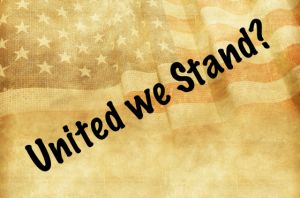 Maybe it’s about time to break that barrier, too. Maybe we need to include the more than 50 percent of the population so they also see this as a possibility.

I have always had it. I take it for granted. Why does color or gender really make any difference?

As Sandra Day O’Connor, the first female US Supreme Court Justice so wonderfully said, “The power I exert on the court depends on the power of my arguments, not on my gender.”

Please don’t misread what I am saying. I am not endorsing a specific candidate, nor a party. Nor am I saying we should necessarily elect a female president in the next election. I am saying we need to get back to substantive issues. We need to seek a positive vision of moving forward. We need to take our eyes off of the crazy stunts and messages, and what the media pushes out, and demand something better.

And we need to take our eyes off issues that shouldn’t matter — like gender and color, or how one can get more attention by criticizing an honored war veteran… or anything that is off point. Let’s stick to what really matters. As Stephen Covey simply and powerfully stated, “The main thing is to keep the main thing the main thing.”

Changing the world, one person at a time

In the world of health and wellness, we make better choices when we cut out refined sugar, and reduce and remove inflammatory foods, including and especially processed foods. We look to get back to the pure and natural. We try to avoid the artificial.

So many politicians now operate with an artificiality that I find incredibly distressing. Where is authenticity? Where is the person of character? Why do we reward the ridiculous and ignore the noble?

We need to demand that our political candidates live and breathe principles, truth, justice and fairness. We want them to inspire. We want to be able to trust our leaders. We look to them to give us hope for tomorrow.

I have heard it said that 35 percent of the population would vote for Donald Duck if he ran, and 35 percent would vote for Mickey Mouse if he ran (and yes, this is a reference to the entrenchment of the two party system in case you were wondering). It’s time to change the rules.

In the game of bridge, when you run out of the suit that is being played, and assuming you have one in your hand, you are allowed to trump the trick to win it.

We have run out the course of the suit that has been led. It is time to Trump the Donalds of this world. Don’t click on the link, don’t listen to the story, don’t watch the news that sensationalizes it. Make better choices. Choose sources that promote healthy minds — that reward character and give a balanced perspective.

Every big movement started with individuals making choices. As Ghandi so famously said, “You must be the change you wish to see in the world.”

David has been working in various capacities with The Alternative Daily since Day 1. He is a small business coach, a wellness coach and is passionate about helping everyone learn the truth about healthy living (with a particular focus on diet). He has four adult children and two grandchildren and lives in central Florida with his wife of 35 years.