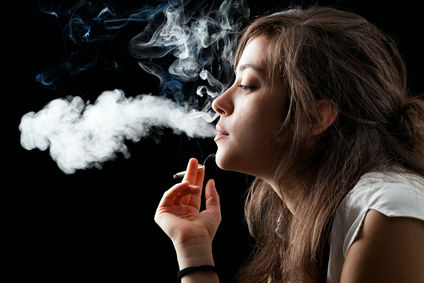 It has long been established that smoking can lead to premature aging. Now, researchers have compiled visual evidence—by analyzing the facial features of identical twins side by side.

The researchers, who hail from the Department of Plastic Surgery at Case Western Reserve University, attended the annual Twins Day Festival in Twinsburg, Ohio, to find their study subjects. They found 79 sets of twins between the ages of 18 and 78; 45 sets had one non-smoking and one smoking twin, and the other 34 sets had one twin that had been smoking at least five years longer than the other.

Each individual had their photo taken by a professional photographer, and that photo was then placed alongside the photo of their twin. Three judges—one medical student and two doctors—then compared the photos and examined the signs of aging in each twin.

The study’s leader, Dr. Bahman Guyuron, says, “This study confirms some of what was believed in the most scientific way possible. With longer follow-up, we believe that every smoking twin might have exhibited a difference in aging.”

Indeed, the judges’ analysis of specific facial features found that the smokers had more wrinkles around their mouths, were more likely to have jowls, had drooping upper eyelids, and lower eyelids that sagged.

The observation that those individuals who had smoked a mere five years less than their twins looked significantly younger emphasizes that smokers who quit as soon as possible have the best chance of preserving the youthful appearance of their face.

Dr. Robin Ashinoff, medical director of dermatologic surgery at Hackensack University Medical Center, says, “We tell people, as soon as they stop smoking, [they start] the repair not only to their skin but their lungs, their heart vessels—it starts to repair itself.”

Smoking is a nasty habit that has documented links to heart disease, cancers and a host of other chronic illnesses, along with premature aging. If you do smoke, quitting now will give your body—and your complexion—the most amount of time to heal itself from the damage.