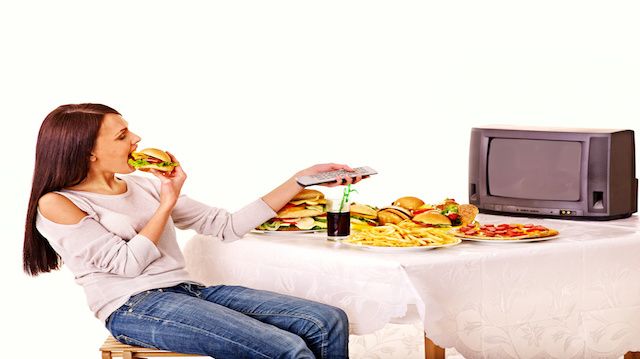 It is well established by research that obesity carries numerous health risks, including heart disease, digestive disorders, and type 2 diabetes. Achieving and maintaining a healthy weight is critical to a healthy life. However, many of our children are currently on a downward spiral towards poor health.

There are several factors to blame for this, such as the accessibility and convenience of processed foods and an increasingly sedentary lifestyle led by both kids and their parents. Another factor that cannot be ignored is the presence of junk food advertising on television.

Think about it: If kids didn’t see flashy ads for burgers, processed cereals, and candy during their favorite television shows, would they crave them as much? Junk food ads also use cartoon mascots or celebrities to endorse the product and encourage consumption, further promoting the “craveability” of junk food — a dangerous combination, indeed.

In 2014, we reported on a study that found obese teenagers and young adults were “significantly more likely” to recognize junk food television ads and the brand names mentioned in the ads than non-obese teens and young adults. While this study does not present the full picture, it does suggest a connection between junk food marketing and obesity.

In the United Kingdom, junk food television advertisements have been banned during children’s Saturday morning cartoons, and certain other children’s programming, since 2006. However, some members of the House of Commons want to take the measure a step further, and ban these advertisements during prime-time television hours, as well. 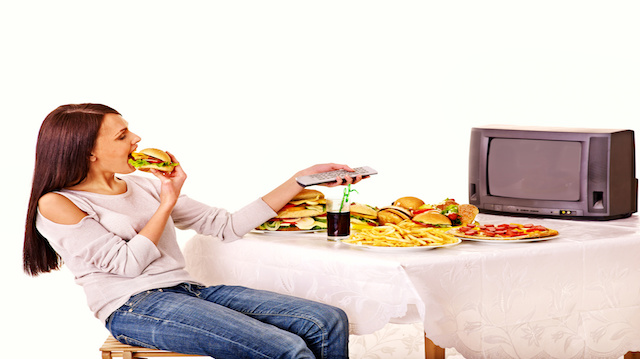 In a 57-page report recently issued by the House of Commons Health Committee, banning television advertisements for foods high in sugar, fat and sodium before 9 p.m. was one of the recommendations for reducing childhood obesity. The authors of the report wrote:

“Many organizations have been campaigning for current restrictions on advertising high fat, salt, and sugar products — which cannot be advertised during specific children’s programming — to be extended to the 9 p.m. watershed. The argument for such an extension is that the current restrictions miss much of the TV children watch outside specific children’s programming but during ‘family’ viewing time — for example, programs such as X-Factor, which are shown early on a Saturday and Sunday evening.”

Other measures suggested by the report include banning junk food ads on certain social media outlets, in movie theaters, in video games, and on posters. The report authors also recommended a 20 percent tax on soda, a universal standard on school cafeteria food, doing away with “buy one get one free” junk food deals, and restricting the unlicensed use of well-known celebrities and cartoon characters in advertising geared toward children.

We await the results of this proposed ban. A similar measure in the United States, which currently has no regulation on junk food advertising during children’s shows, could represent a big step in the right direction, and would be welcomed by many.

What do you think? Does limiting children’s exposure to junk food ads aid in the fight against childhood obesity?