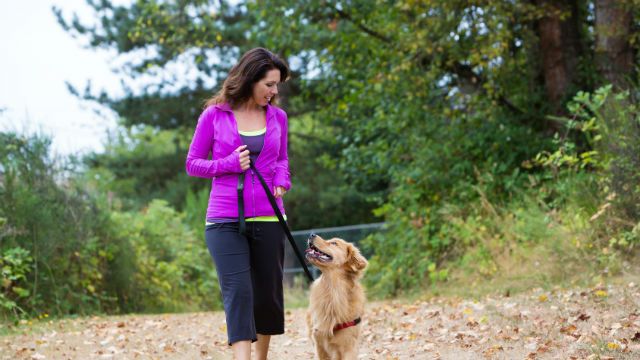 A recent study has found that changing the way you walk can change your mood and boost happiness. While it’s long been known that our mood can affect our posture, as people who are sad often slump their shoulders, and those who are happy tend to have a bounce in their step, researchers have found that the reverse is also true.

Subjects who were asked to walk in a more depressed manner with their shoulders rolled forward and less arm movement, tended to experience worse moods than those who were prompted to walk in a happier style, the study, reported in the Journal of Behavior Therapy and Experimental Psychiatry, suggested.

To test the theory, Troje and his colleagues showed study participants a list of positive and negative words, like “pretty,” “afraid,” and “anxious.” They were then asked to walk on a treadmill while they measured their movement and posture. A screen showed the participants a gauge that moved left or right depending on whether their walking style was more depressed or happier, although the subjects didn’t know what the gauge was measuring.

Researchers told some participants to try and move the gauge left, while others were told to move it right. Troje says they quickly learned to walk the way the scientists wanted them to. After walking on the treadmill, participants were told to write down as many words as they could remember from the earlier list of positive and negative words.

People who’d been walking in a depressed manner remembered many more negative words.

The difference in memory recalled suggested that a depressed walking style created a more depressed mood. Previous research has revealed that clinically depressed patients remember negative events, particularly those about themselves, much more than positive life events. And remembering the bad makes them feel even worse.

The next time you find yourself slowly trudging along, you may want to put an extra bounce into your step for an instant mood booster.