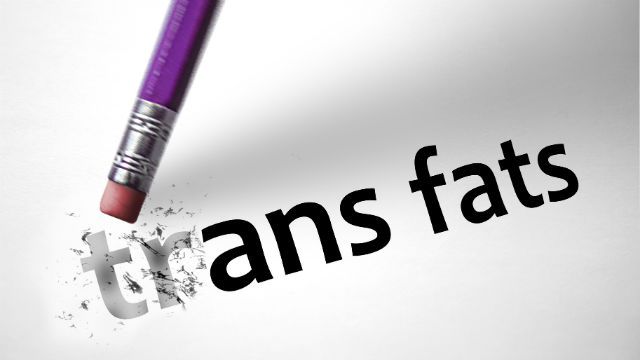 You probably already know that consuming foods which contain trans fats is bad for your waistline, and your overall health. But wait – there’s more. Now, a new study has found that if you’re having trouble finding your smartphone or your car keys, those processed foods you like to indulge in are probably at least partly to blame.

The study, presented at Scientific Sessions 2014, a meeting of the American Heart Association in Chicago, revealed that the more trans fat you eat, the less you may remember.

Lead researcher Beatrice Golomb, a professor of medicine at the University of California, San Diego, said in a press statement, “trans fats were most strongly linked to worse memory in young and middle-aged men during their working and career-building years.”

Trans fats, often referred to as “fake fats,” are created in an industrial process that adds hydrogen to liquid vegetable oils in order to make them more solid. They’re often used by manufacturers because they’re cheap, easy to produce and last a long time. Many restaurants use them to deep-fry foods, as oils with trans fats can be used over and over in a commercial fryer.

To determine what role trans fats might play in memory, the researchers looked at the diets of roughly 1,000 working-age, healthy men. The men were also shown 104 cards with words on them. With each new card shown, the participant was asked whether the word was new or had been repeated.

When examining their blood, the scientists found that a disproportionate number of people who had a lot of trans fat in their system remembered fewer words than those with less in their system. In fact, for each extra gram of trans fat consumed in a day, the person remembered .76 fewer words. Those who ate the most trans fat remembered a total of approximately ten percent fewer words compared with those who at the least amount, even when considering demographic qualities known to affect memory, such as depression, age and education.

Golomb told The Atlantic journalist James Hamblin that chocolate intake is believed to have a link to memory, with her own research revealing that people who eat a lot of chocolate usually perform better on memory tests. The reasoning behind it is likely that chocolate has antioxidant effects which improve the functioning of cells that line blood vessels, leading to better blood flow and cell energy, which in turn improves cognition.

As her studies linking chocolate consumption to mental function are based on the understanding of chocolate as an antioxidant that supports cell energy, Golomb said that she decided to look at trans fats, since they are prooxidant and induce inflammation, which is linked to worse memory and cognition. She commented, “we reasoned that trans fats might be adversely linked to memory.”

The bottom line is that once again, it’s been scientifically shown that what you eat has an effect on many different bodily functions, including memory. Inflammation induced by trans fats, and reduced by chocolate, may underlie these new memory findings.