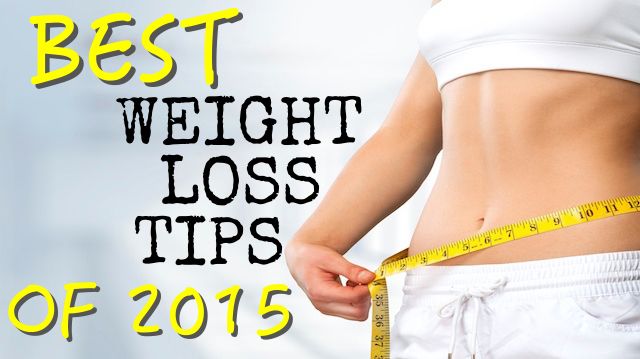 Twenty-fifteen was a year of dieting controversy. It seemed a new study came out every other week proclaiming that all previous studies were misinformed and completely wrong. As we grow to understand more about the body, it is only natural that dietary guidelines will change over time. The following seven diet weight loss tips of 2015 are our favorites, but number seven is our all-time favorite tip.

Eggs are astoundingly nutritious. A single egg contains most of the nutrients that we need for optimal health all day long. Eggs contain many minerals and nutrients that are difficult to get elsewhere. What makes eggs even more amazing is they may also help you lose weight. A study from 2005 published in the Journal of the American College of Nutrition found that when study participants ate eggs for breakfast instead of grains, they were able to lose more fat. The egg-eaters were also less likely to overeat throughout the day.

Coffee is delicious, but until recently was not thought of as a healthy beverage. But drinking coffee can help you lose weight. A study published in the Annals of Nutrition and Metabolism found that when caffeinated coffee was consumed (sugar and cream negated some of the effects), study participants had a metabolism boost of up to 11 percent and lost up to 30 percent more calories in a day. Even better news? A study from early 2015 found that drinking three to five cups of coffee per day could reduce heart disease risk and the risk of heart attacks by 21 percent.

Drink water in the morning

Water is good for you in multiple ways, but it can also help prevent weight gain and overeating. Some individuals may find they are misreading thirst signs as hunger signs, which can lead to accidental overeating. Drinking water first thing in the morning can help prevent dehydration and will reduce food cravings. Drink a glass of water 15 to 30 minutes before each meal to extend the benefits.

A study from 2009 published in The American Journal of Clinical Nutrition found that when study participants increased the protein in their diets, their weight loss efforts showed greater results. Increasing protein to 25 percent or more of the diet caused an increase of up to 100 calories burned per day and boosted feelings of fullness so that study participants ate about 400 fewer calories per day. 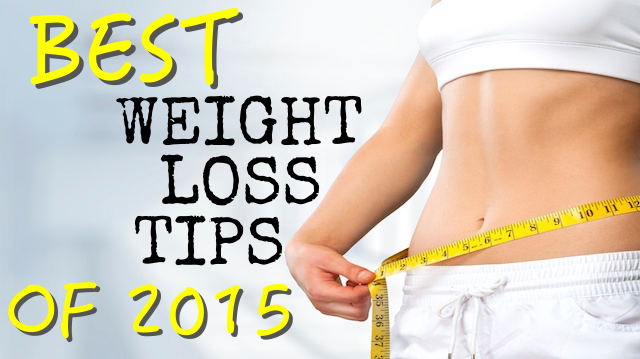 Grains are not inherently bad, but they often come as a package deal with sugar, processed grains and empty calories. Grain-based meals are easily processed by the body, leaving you feeling hungry again soon after eating. Grain-based meals also trigger blood-sugar spikes, which can lead to the development of type 2 diabetes.

For years low-fat was thought to be the healthiest, but recent studies have debunked this myth. In 2013, a study published in the Scandinavian Journal of Primary Health Care was one of the first to discover that whole-fat may lead to more weight loss than low-fat. The study authors found that individuals who do not restrict fat intake from dairy were less likely to be obese over a 12-year period than those who restricted fat intake. The reason for this is not yet understood, but one theory is that fat is more satiating, which reduces overall calorie intake.

Our favorite weight loss tip from 2015 is this one: don’t diet. Recent studies have found that individuals who report frequent dieting are actually more likely to keep gaining weight over time than individuals who say they are not currently on a diet. Instead of dieting, making the conscious choice to enjoy healthier foods without overeating will lead to the greatest effectiveness in the long run.

And 2015 was a year of weight loss conflict. With the new USDA dietary guidelines no longer recommending that salt or cholesterol be restricted, it is clear that the health community is on the verge of turning over many of the long-held misconceptions about what really makes us healthy. And that is something we can all celebrate.