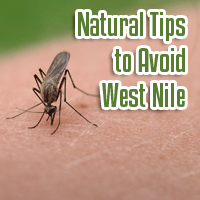 According to the Centers for Disease Control, the infection rates of West Nile viruses are at the highest levels since 1999, when the virus came to the United States. To date, the only states that have not reported outbreaks are Vermont, Hawaii and Alaska. With infections and deaths on the rise, there are steps you can take to protect your family and loved ones from being exposed to the virus.

Where is West Nile Most Prevalent?

More than half the cases of West Nile in the United States have been in Texas, according to the CDC. Other regions that are highly affected include Louisiana, Mississippi, California and South Dakota. Almost all other states have reported cases and there have been 47 deaths so far.

Experts are not entirely sure why outbreaks this year have been so dramatic. In addition to outbreaks in the United States, Europe and Africa are also experiencing higher than normal levels of infection. The CDC speculates that unusually hotter temperatures have increased transmissibility of the virus from mosquitos.

There are several steps you can take to protect yourself from getting mosquito bites and potential infection. Try staying inside during early morning and twilight hours, when mosquitos are most active. If you go outside, stay within a screened area, such as a screened tent or screened enclosed porch.

You can also protect yourself by limited the amount of skin you expose when outside. Instead of wearing shorts, tank tops and sandals, try wearing long sleeve lightweight dark shirts, leggings and shoes. Wear mosquito repellant that does not have DEET on exposed skin. Natural essential oils that repel mosquitos safely include lemongrass, cedar, citronella, cinnamon and peppermint.

Avoid wearing fruity or flowery fragrances that attract mosquitos. This includes fragrances in lotions, perfumes and laundry softeners or detergents.

Make sure to empty standing water in planters, old tires or other containers in your yard or surrounding your home. As the weather cools in the coming fall weather, mosquitos will become less of a problem. However, in the meantime, if you get a mosquito bite and begin to feel ill within three days to two weeks with a high fever and fatigue, see a doctor. Other symptoms can include headache, eye pain and a stiff neck.

Do you have ways to fight off mosquitos in your area that work? Let us know your tips!