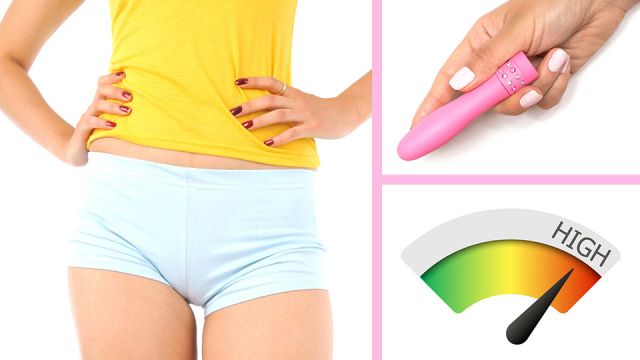 About half of all American women use vibrators. Why does this matter? Because that’s how many women could possibly have “dead vagina syndrome”— if indeed, it is a true medical condition. DVS is something you may have heard of. It involves unintentionally desensitizing your lady parts due to vibrator-overuse. So, could what you’re doing beneath the covers actually cause your vagina to die? Or is it just a myth? Let’s see what experts have to say.

Meanwhile, there are also natural remedies that encourage blood flow to private parts. Sexual dysfunction affects 25 to 63 percent of all women, suggests a study published in Pharmacognosy Review. And certain herbs may be beneficial for boosting the libido.

Saffron, a culinary delicacy, has a powerful libido-boosting effect. In fact, research suggests that saffron has been used traditionally as an aphrodisiac. And a little goes a long way. All you need is one or two strands to do the trick.

Used for centuries in Asian countries, maca root has traditionally been used for male sexuality. But a study from the Department of Psychiatry, Massachusetts General Hospital has found that it may also be helpful for women in need of a sexual boost.

In animal studies, nutmeg has been found to increase sexual activity in male rats. Interestingly, nutmeg has also been used traditionally as an aphrodisiac by African women and is still used today by women of all cultures. So, what’s good for men is obviously good for women too.

No, your vagina can’t die