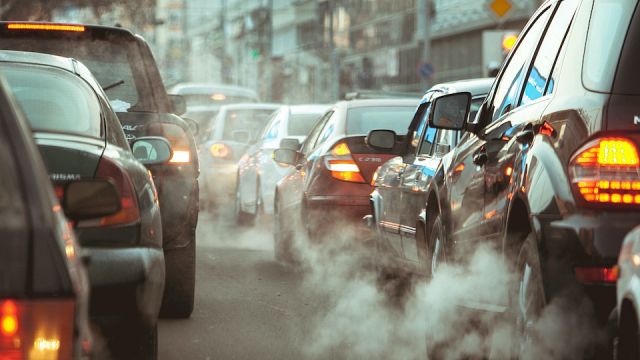 Today, almost eight billion humans inhabit the earth. That’s twice as many living as there were 50 years ago. So, it’s no surprise that within our normal day-to-day living conditions, global heating, pollution and wildlife extinction get far less attention than they deserve. However, while this worldwide pandemic unfolds, so too does a bittersweet twist. For the first time in centuries, the earth is breathing easier. Let’s see what this pandemic is doing to the earth’s surface.

The air is cleaner

It may be hard to believe there’s a positive side to the worldwide government-enforced quarantines, but there is. Life as we know it has changed, and those changes are positively impacting the earth’s land, water, and sky. It makes sense, doesn’t it? Fewer people and cars running around heating up the earth’s surface means fewer pollutants.

The first example of cleaner air was seen in China, where the outbreak of coronavirus began in late 2019. As quarantines across the country pulled vehicles off the roads, a dramatic drop in pollution was seen across China. In fact, maps using data collected from NASA and European Space Agency satellites show how nitrogen dioxide (NO2), a dangerous gas released by burning fuel, has significantly decreased since the COVID-19 outbreak. That decrease, says NASA, is likely due to the economic slowdown following the outbreak of coronavirus. And while the decline in NO2 was first seen near Wuhan, it’s now spread across the country.

Air pollution declines throughout the U.S.

After the shutdown of most major U.S. cities such as Los Angeles, Seattle, and New York, air pollution has decreased, and traffic jams have become nonexistent. Ironically, a new study published by Harvard University found the first clear link between long-term exposure to pollution and higher rates of death due to coronavirus. The study results show just how vulnerable humans are to pollution. And when it comes to human health, enforcing existing air pollution regulations is imperative — now and after the pandemic ends.

Since people are staying at home, seismologists are observing far less ambient seismic noise. What does this mean for the earth? Well, the earth’s upper crust is moving a little less due to fewer vibrations generated by cars, trains, buses, and people moving about.

As we continue to social distance ourselves and only leave our homes for essential reasons, the streets get quieter. So much that in some cities noise pollution has been reduced by more than half. And that means seismologists around the world can now record sounds from inside Earth that they never could before.

The earth’s wildlife is soaring

With government forced quarantines in place, travel and leisure activities are limited, leaving beaches in many parts of the world empty. A fact that is positively impacting the earth’s wildlife. Brazil and eastern India have witnessed a flood of sea turtles moving across empty beaches to lay their eggs. While humans practice social isolation, the Sea turtles in India and Brazil have been quietly nesting in peace. Photographs taken by government workers in Brazil, showed the turtles making their way down the beach and into the Atlantic.

Venice canals are clear and blue

At one time, the people of Venice could swim in clear canals. Today, the Grand Canal and surrounding waterways of Venice are some of the most tourist-heavy areas in Europe. But now, the coronavirus has changed that. Through travel restrictions and social isolation due to the pandemic, waterways that were once murky, because of churning sediment and motorboat pollution, have become clear. For the first time in a long time, fish are now visible to the local residents.

The Himalayans come into view

At a time when there are far more people alive than ever before, the earth naturally absorbs more noises, wastes, and toxins. Suddenly, with the onset of coronavirus, the earth is absorbing fewer pollutants thanks to industries shutting down, fewer cars on the road, and fewer planes in the sky.  The air is clearer due to greenhouse gases and atmospheric nitrogen dioxide levels dropping dramatically over major cities. For the first time in 30 years, people in the northern Indian state of Punjab can see the Himalayan mountain range, now visible from over 100 miles away.

Is this the earth’s new normal?

Here’s what the pandemic has taught us. In the absence of human pollution, the earth is reviving itself. But for how long? The pandemic will not last forever, and humans cannot isolate forever. Exports agree, these effects are not the new normal, but only temporary.

However, now that the world is finally getting a firsthand view of how heavily man-made pollutants impact the earth’s surface, there could be the motivation for lasting change. The pandemic shows us we are all connected, and our connection further extends to the earth. If we want the earth’s new normal to last, then we all must make changes fast.