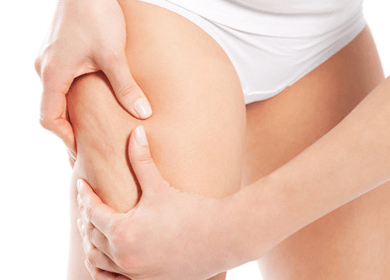 Let’s face it. None of us want bulging thighs or a protruding belly. And, no matter how hard we work out it might seem that those problem areas just won’t disappear. Women are more likely than men to have bigger hips and thighs, especially if they are pear shaped. This body type will carry the majority of their weight below the waist. 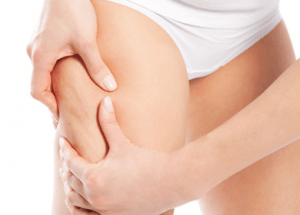 Men, on the other hand, do not normally store much fat in their hips or thighs but in their abdomen. It’s not uncommon to see men walking around with a pot belly especially if they are physically inactive.

Also, women whose body type is that of an apple, have narrow hips and thighs and a more rounded abdomen, will also carry more fat in their belly area.

So, what’s worse? Thigh fat or belly fat? For those women who bemoan having wider hips and bigger thighs, they would like nothing more than to shrink them down, and would probably agree that having bigger thighs is worse.

However, in a recent study, conducted by Sanford-Burham Medical Research Institute, a team of scientist determined that belly fat and thigh fat are genetically pre-programmed for their final location during development.

The good news is that women who are pear shaped are less likely to develop heart disease and diabetes while those who store fat in their belly are at greater risk. But, by following a healthy diet and staying away from trans fatty and processed foods these risks can be kept at bay.

By consuming foods containing trans fatty acids, studies have shown an increase in both coronary heart disease and diabetes. Therefore, if you tend to store fat in your belly, you definitely want to avoid eating processed food, donuts, cakes, cookies, potato chips, and the like.

It is also a good idea to steer clear of margarines and vegetable oils and opt for a healthy extra virgin olive oil instead which is heart healthy. Although, olive oil is high in fat, it is a healthy monounsaturated fat that may also lower your risk of developing high cholesterol.

By following a regular exercise routine that involves a combination of strength training, cardio, and specific exercises for those trouble spots, you can reduce the amount of fat in those areas and create a leaner and healthier looking physique.

Have you had any success trimming down your apples or pears?