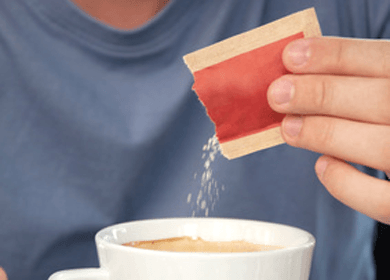 If you are like most Americans, you have a bit of a sweet tooth, a love affair that over time becomes increasingly more addictive. The average person consumed just 4 pounds of sugar per year in the 1700’s compared to over 22 teaspoons daily in 2011. 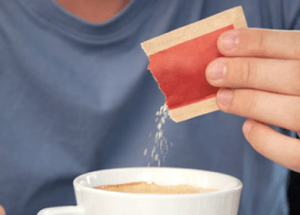 Sugar, the ultimate junk food, is to blame for the expanding waistlines of millions of Americans. Mounting evidence points to sugar as a major factor in not only obesity but also chronic disease such as type 2 diabetes, cancer, high blood pressure and high cholesterol. One of the major problems with sugar is that the more you consume, the more the body absorbs and the worse the toxic effects become.

People seeking a divorce from sugar often switch to low calorie artificial sweeteners with good intentions of being kinder to their body. The unfortunate part about this is that these chemical concoctions pose some serious health threats of their own. Aspartame (Equal® or NutraSweet®) is a popular sweetener. Over 900 studies reveal a wide range of side-effects causing fatigue, depression, tremors, memory loss, migraines, joint pain, hives, hallucination, confusion, and dizziness. There are also reports of adverse reactions causing death. The amazing thing about aspartame is that it actually encourages the body to hang on to fat and reduces serotonin levels, which elevate food cravings. In 2008, aspartame was found in over 6,000 products including soda, chewing gum, pudding and yogurt. Sucralose, a newer additive that is sold under the name Splenda®, is made by chlorinating sucrose. Chlorine is a known carcinogen, however, the product is still on the market.

When pairing artificial sweeteners side by side with refined sugar, there really is no winner, bottom line, they are both bad. Avoid products that contain glucose, maltose, sucrose, beet sugar, high-fructose corn syrup, malt syrup and dextrose along with any foods claiming to be “sugar-free,” “lite,” or “no-sugar added.” Chances are, they contain a dangerous sugar impostor.