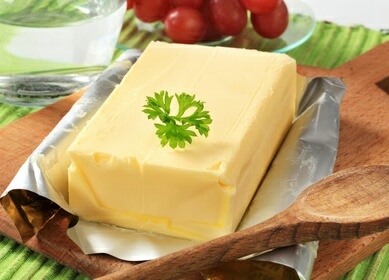 It’s no secret that humans need to eat fats to survive. Fat produces energy and aids in the absorption of vitamins and minerals. However, it’s also no secret that too much fat, and especially too much of the wrong types of fat, can be deadly.

Over the years, there has been a great deal of debate as to which fats promote health, and which fats are detrimental. While it was thought for a long time that saturated fats fell in the ‘bad’ category, new studies are discovering more and more evidence that they may actually be quite beneficial.

To completely understand how fats operate in the body, it is first necessary to clear a few things up about cholesterol. Cholesterol is a molecule that is also called a lipid or a fat. It is waxy and soft and found in all cells in the body.

At one point, it was thought that a high cholesterol level promoted heart disease, however, the truth is that people with low cholesterol are just as likely to have hardening of the arteries as people with high levels.

Cholesterol is employed in the body in a number of very important ways. A few of these include: nourishing the brain, forming vitamin D, protecting and strengthening the heart, regulating blood sugar, repairing damaged tissues, healing the lining of the intestines and building healthy bones.

Cholesterol is carried through the blood by carrier proteins, one of these being high-density lipoproteins ( HDL). This carrier scours the body in search of extra cholesterol that is not needed. It also serves as an antioxidant, anti-inflammatory and anticoagulant, while protecting the heart and blood vessels. Although HDL’s are not really cholesterol, they are thought of as “good cholesterol” because they pick up and remove unnecessary cholesterol from the blood.

Low-density lipoproteins are considered “bad cholesterol” and are also carrier proteins that make up the majority of cholesterol in the blood. LDL’s transport cholesterol to various parts of the body where it is needed. The problem with these carriers is that they dump excess cholesterol from the blood into arteries where it can build up and cause damage.

Triglycerides are fats that are found in the blood and used for energy. Although some triglycerides are necessary, too many can increase the risk of a number of serious health conditions such as heart disease.

The theory that took saturated fats down appeared in the 1950’s and has been coined the “lipid hypothesis.” This hypothesis stated that there was an intimate relationship between saturated fat, cholesterol and heart disease.

This hypothesis was built on questionable evidence at best. Ancel Keys, the founder of the hypothesis, presented his “findings” to the medical community. Despite the lack of evidence and the prevalence of other studies finding different conclusions, the lipid hypothesis took fire.

Most of the fuel came from the food manufacturers and vegetable oil producers who saw great benefit in riding on this hypothesis. If everyone would stop using saturated fat, they could convince them that refined vegetable oil was healthy.

The truth is, almost 90% of all well-researched studies examining this hypothesis do not support the fact that saturated fats and dietary cholesterol cause heart disease. In fact, researchers have found that a clogged artery is about 26% saturated fat and more than half polyunsaturated fat.

Since the 1960’s, there have been a wealth of studies assuring us that saturated fats, such as those in dairy products such as butter and whole milk, as well as red meats, increase ‘bad’ LDL cholesterol levels and contribute to heart disease.

Following these studies, our nation’s obsession with ‘low-fat’ products was spearheaded, along with a campaign promoting the use of polyunsaturated fats such as corn, safflower and soybean oils.

However, the New York Times recently published the results of a study resurrected by the National Institutes of Health, which followed Australian men with heart disease from 1966 to 1973, and found surprising results.

In approximately 39 months, the men that had increased their polyunsaturated fat intake showed 13 percent lower cholesterol levels, however, they were statistically more likely to die of heart attacks than those who kept their saturated fat intake at around 15 percent.

To explain these puzzling results, Philip C. Calder, nutritional immunology professor at the University of Southampton, theorized, “polyunsaturated oils, while decreasing cholesterol, may simultaneously promote inflammation throughout the body… this inflammation may initiate heart disease and outweigh any possible good effect of the oils.”

Professor Calder also tentatively suggested that this research may lead some to consider a return to natural, saturated animal fats, such as butter, although he was careful not to make this a firm conclusion, probably in an effort to avoid controversy, as the body of research supporting this is, while growing, still small, and our generation has a deep-seated fear of saturated fats.

In fact, more and more research is surfacing as to the benefits of natural, saturated fats. A 2010 compilation of 21 different studies of nearly 350,000 adults found no difference in heart disease and stroke risk between those people with the highest and lowest consumption rates of saturated fats.

Also in 2010, the American Journal of Clinical Nutrition discovered that reducing saturated fats alone is not the answer, and that many past research results regarding saturated fats must be re-examined in the context of the fat’s replacement by other food sources, such as refined carbohydrates.

The authors of the study concluded that to reduce an individual’s risk of heart disease, it is key to limit refined carbohydrate consumption and keep weight at a healthy level, as opposed to cutting out saturated fats. 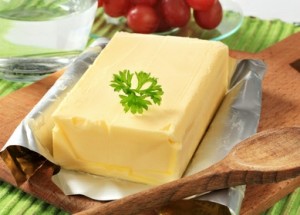 Butter, demonized for so long by the media, actually has many health benefits. This is a fact well-known to the French culture, who swear by its use. Despite the rich saturated fat content of butter, French citizens enjoy high longevity and low heart disease rates. Butter is rich in fat-soluble vitamins, and is a great source of the fatty acid butyrate.

Butyrate has been found to have anti-inflammatory properties, decrease the rate of weight gain, and support the digestive system’s overall health. Butter also contains conjugated linoleic acid, a fatty acid which supports a healthy metabolism, and also has been linked to decreased cancer risk in several studies.

One thing is certain: the type of fat that needs to be avoided the most is trans fat, also known as partially hydrogenated oil. Often included in so-called “low fat” foods, this fake fat is highly dangerous. The main sources of trans fats are processed, baked goods and fast foods.

These types of fats raise levels of ‘bad’ LDL cholesterol, while reducing levels of ‘good’ HDL cholesterol. It is best to stay away from trans fats altogether, they offer absolutely no health benefits.

While the above-mentioned studies present us with interesting and useful information, both saturated fats and polyunsaturated fats require further research to determine why they act the way they do on the body, and their ultimate effects. It is important not to dismiss polyunsaturated fats such as oils from fatty fish, walnuts and flax seeds.

The inflammatory properties of these oils observed by some studies may well be due to the methods used in processing and packaging these oils, and not a property of the oils themselves. Also, monounsaturated oils such as olive, avocado and coconut oils are key in promoting levels of ‘good’ HDL cholesterol.

The more natural a fat source is, and the less processing involved in its creation, the healthier it usually is. There are exceptions, such as the hormone-disrupting dangers of soybean oil, however, aside from these known ‘risk-factor foods,’ when you choose natural, it is hard to go wrong.