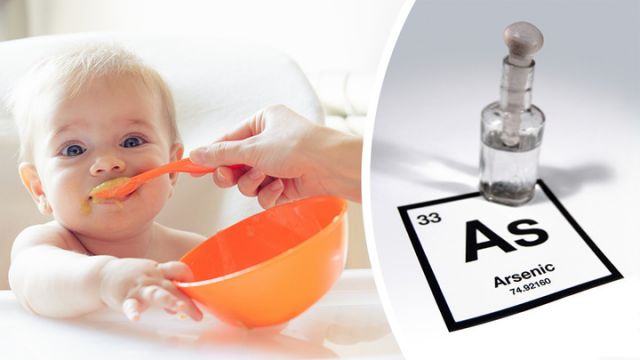 According to a new report by a health advocacy group, moms need to be aware that some rice-based infant cereals may contain harmful levels of the toxin arsenic.

Infants are at risk for arsenic exposure

The warning, which was published on the Healthy Babies Bright Futures website, suggests that parents take immediate steps to help reduce exposure to baby food containing arsenic, which is a known neurotoxin.

How serious is the threat, and what can parents do about it? Here are some things you need to know:

According to Jane Houlihan, a health advocate and the research director at Healthy Babies Bright Futures, “Infants are especially vulnerable because their bodies are so small, and on a per-pound basis, they’re getting much higher exposure than anyone else in the population. They’re also vulnerable because it is a neurotoxic compound, and their brain is developing.”

But Houlihan adds that “Parents have a lot of easy ways to reduce their babies’ exposure now because there are so many new cereal options on the market, many are fortified with iron that babies need, and many are just as affordable as rice cereal.”

You can check more of what Houlihan has to say on this safety issue by following her on Twitter:

Our new study found arsenic in 9 brands of infant cereal, with the highest levels in rice cereal https://t.co/PHT3X13b1z #GetArsenicOut

What can parents do to reduce the chances of exposing their infants to arsenic?

If you need some additional resources on how to protect your family, look here, here and here.