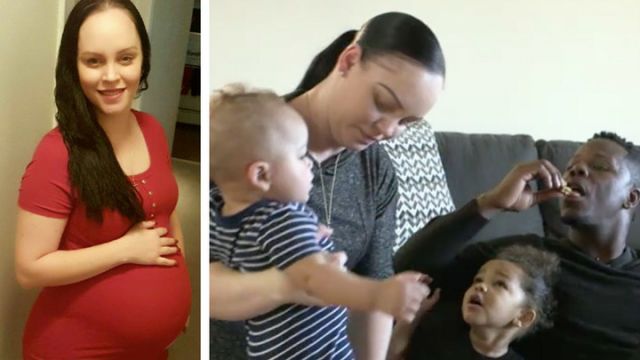 People have always been fascinated by twins. But the story of Jessica Allen, a California woman who recently got pregnant while pregnant (and gave birth to twins with different biological fathers) is so amazing it’s hard to believe it’s true.

An extraordinary rarity (getting pregnant while you are pregnant)

Jessica’s extraordinary story begins with her decision to become a gestational surrogate for a Chinese couple. The practice of commercial surrogacy is illegal in China but permitted in several states in this country. In fact, Allen signed a contract that paid her $35,000 to get fertilized in an IVF clinic with a single frozen male embryo, which belonged to the biological parents from China.

Allen was shocked to learn six weeks later, during a routine pregnancy exam, that she was actually carrying twins. Both she and her husband had refrained from intercourse until the IVF doctors had given their okay (and even then they used condoms as recommended). As a result, Jessica and her caregivers naturally assumed that the embryo had split in two and she was now carrying identical twins.

The twins that look nothing alike

Thirty-eight weeks after gestation, the twins were delivered by a C-section. Allen never got a chance to see the babies, despite the fact that her contract stipulated that she would be allowed one hour to bond the newborns. Instead, the Chinese parents immediately took custody of the twins.

Several days later, however, Allen received both a text and picture from the Chinese parents with the following message — “They are not the same, right? “Have you thought about why they are different?” As it turned out, one of the twins looked Asian while the second looked black. In fact, Allen’s husband is African-American.

Normally, twins are either identical (meaning they share the exact same DNA) or fraternal (in which case they share the same percentage of genes as siblings). In the case of Mike and Malachi, however, their DNA was entirely different. Scientists say that they are an example of the extremely rare phenomena known as superfetation which involves “formation of an embryo from a different estrous cycle while another embryo or fetus is already present in the uterus.”

Almost invariably, nature makes it very difficult for a woman to get pregnant while she is pregnant. That’s because once a fertilized egg is deposited in a woman’s uterus a hormonal process kicks in, which stops the ovulation process and makes it very hard for sperm to travel beyond the cervix. No wonder, then, that there are only about a dozen or so cases of superfetation in all the medical literature.

Surrogate mom forced to adopt her own biological son

In a bizarre twist, once the Chinese couple found that Malachi was not biologically theirs, they gave him up to a child services agency. That put the Allens in the ironic position of trying to adopt their biological son (Malachi), which proved to be both onerous and expensive.

Thankfully, this story has a happy ending. Malachi is now with his biological family and growing up healthy and happy. However, Jessica acknowledges that navigating both the health system and the legal system was like a bad dream. Summing up her experiences she now says, “I don’t regret becoming a surrogate mom because that would mean regretting my son. I just hope other women considering surrogacy can learn from my story. And that a greater good will come out of this nightmare.”