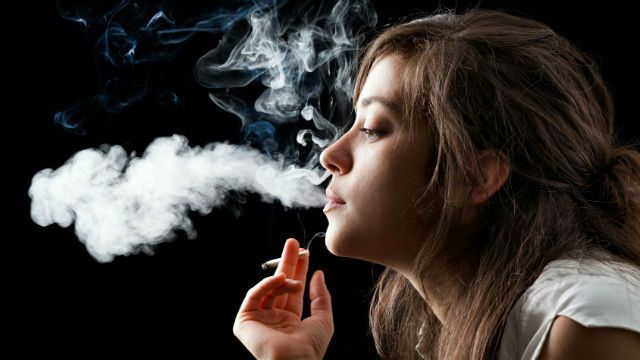 You already know how bad smoking cigarettes is for you. It affects the body and the mind, accelerates the aging process and is the primary cause for one-third of heart disease and cancer deaths, including 80-90 percent of all lung cancers. Your risk of many other diseases, illnesses and nearly all health conditions is significantly higher if you smoke cigarettes.

One study, which followed more than one million women who were born around 1940 through January 2011, found that smokers’ lives were shortened by an average of eleven years as compared to those who didn’t smoke.

Many smokers tend to believe that if they’ve been smoking for ten years or more already, it’s too late to quit so they might as well continue. But the good news is, the body is an incredible machine with an extraordinary ability to heal itself, as revealed by the women who made the smart decision to quit smoking before they turned 40. The women who quit by age 40 reduced their mortality risk by 90 percent.

While ex-smokers still have a greater risk of developing lung cancer as compared to those who’ve never lit up, other causes of death, like a fatal heart attack, can be erased over time. Smokers can develop a sudden narrowing of the artery that leads to a heart attack, but by quitting, this risk disappears.

What if you’re already over 40 and you’re still lighting up? Researchers say if you quit before 50, your risk of dying in the next 15 years is cut in half as compared to those who continue to smoke.

Of course, quitting your cigarette habit is usually much easier said than done. If you’re tempted to turn to a medication to help you achieve success, remember that the side effects may be even worse than the risks of smoking. Chantix, for example, has been linked to a long list of serious side effects like suicides and psychotic reactions, such as people who have no history of violent behavior killing themselves – or others – after taking the drug.

Getting healthy first by taking part in regular physical activity may be the best way to go. A study from the University of Exeter, published in the journal Psychopharmacology, found that exercise can actually trigger changes in brain activity that help reduce cigarette cravings. Using Magnetic Resonance Imaging, the researchers found that physical activity changes the way the brain processes information. This study also backs up previous studies that revealed just a short burst of moderate exercise has the ability to significantly reduce nicotine cravings.

Now you have another reason to start exercising – it can be a very effective tool in your battle to quit smoking. Remember, the sooner you quit the better, but it is never too late to stop and allow your body to begin to heal!