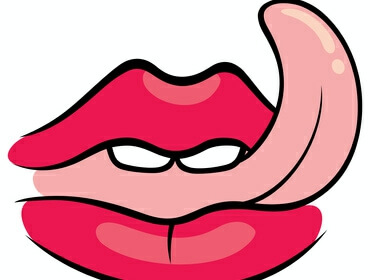 What did you have for lunch? Perhaps an apple, a nice salad with veggies and raw eggs, a little lead and a little hydrous magnesium silicate? You say what? If you have on makeup or any other conventional skincare products, we would say it is like you ate the dangerous chemicals that they contain. In fact, anything you put on your skin is as good as eaten!

According to a survey conducted by the Environmental Working Group, 25% of women use more than 15 products each day that contain over 126 different ingredients, with as many as one in five being carcinogenic.

The Skin as a Barrier?

An old understanding of the skin was that it was an impenetrable barrier, a shield of sorts that would not allow anything to enter or exit the body. However, now we know that while the skin does provide protection, it is not impenetrable. If you stay soaking in the tub long enough the skin starts to wrinkle.

Samuel Epstein MD, author of Toxic Beauty, states that the skin readily takes in many things with which it comes in contact. There are a number of factors that come into play when considering what the skin will absorb, including skin health, hair, temperature and hydration ability.

The Extension Toxicology Network (EXTOXNET) states that “chemicals can be absorbed through the skin and into the bloodstream, causing toxic effects.” Similar information is found in the Chemical Hazards Handbook produced by the London Hazards Center Trust: “although the skin acts as a protective barrier against many microorganisms and chemicals, some chemicals can penetrate the skin and enter the bloodstream.”

As of today, our government does not require health studies or any pre-market testing of the chemicals in personal care products, even though we are ‘eating’ them on a daily basis. According to the Office of Cosmetics and Colors at the FDA, a cosmetic manufacturer can use almost any raw material in the making of a product without approval.

The cosmetic industry is on its own to self police using a Cosmetics Ingredient Review board. This board has only rejected 11 ingredients for being unsafe. This is in comparison to the European Union, which has banned hundreds of ingredients.

Here are just a few things that you may be ‘eating’ when you use conventional cosmetics:

Synthetic Colors: Derived from coal tar, which when injected into lab rats causes cancer. This is typically listed on products as D&C or FD&C.

Diethanolamine and Triethanolamine (DEA and TEA): These two dangerous ingredients are used as emulsifiers and are known to cause lab rats to develop cancerous tumors. The Cosmetics Review Panel recommends only small amounts; however, small amounts add up over time.

Titanium Dioxide: This is found in concealers and is noted by the American Cancer Society as being one of the top five most carcinogenic substances on earth. It has been implicated in asthma, cancer, kidney disease, loss of fertility and Alzheimers. Found also in some vitamins, cheeses, yogurt, fast foods and tomato ketchup, this highly toxic chemical is also fed to animals bred for human consumption.

Heavy Metals: Of course, lead has been found in over 500 brands and shades of lipsticks, and although the FDA says that trace amounts are not dangerous, numerous studies show that lead builds up in the system and is indeed highly dangerous. Metals are also used for color, and many lip glosses contain aluminum compounds.

Petrolatum: This is what we know as petroleum and is used in many popular moisturizers. It forms a layer on the skin, blocks evaporation and prevents toxins exiting from the pores of our skin.

Triclosan: Found in a number of cosmetics and even toothpaste, it is thought to kill bacteria. It was actually invented to be used as a surgical scrub for medical professionals, not for putting on your face or brushing your teeth.

Propylene Glycol: This is one of the most commonly used moisture-carrying ingredients in personal care products, and is used in almost all conventional makeup. It has been known to cause serious allergic reactions, hives and is also associated with skin conditions such as eczema.

Talc: Talc is also known as hydrous magnesium silicate, which is a toxic ingredient similar to asbestos. It is listed on the Environment Canada Domestic Substance List as ” expected to be toxic or harmful,” and can be found in eye-shadow, face powder and other loose mineral makeup products. 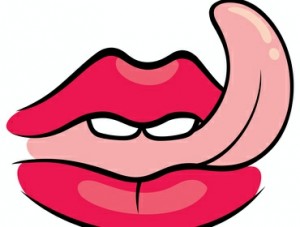 Putting any of these toxic chemicals on your skin can actually be worse than eating them. When you eat something, your saliva and stomach help to break it down and get it out of the body. However, when the skin absorbs something it goes straight into the bloodstream without being filtered. Without the necessary enzymes to break them down, these toxins accumulate over time and wreak havoc on the body.

To stay safe, purchase only products that are 100% organic. If you cannot pronounce any of the ingredients on the package or do not know what they are, don’t feed them to your skin!

To look up the ingredients of over 66,000 cosmetics, check out the Environmental Working Group’s Cosmetic Database.