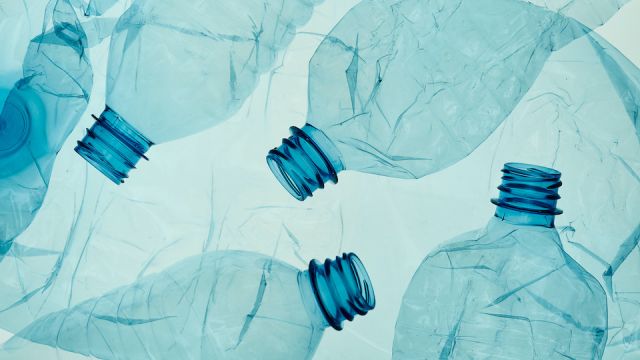 Plastic water bottles not only consume petrochemicals and pollute the ocean, but they may contain a dangerous chemical that has multiple harmful effects on your health. Now more than ever, it’s important to ensure your immune system is at its best. Read on to discover the truth about your plastic water bottle and how to protect your health.

Your water bottle could be leaching dangerous BPA

BPA stands for bisphenol A. BPA is an industrial chemical that has been used to make certain plastics and resins since the 1960s. BPA is found in polycarbonate plastics and epoxy resins, which are often used in containers that store food and beverages, such as water bottles. They may also be used in other consumer goods.

Epoxy resins are used to coat the inside of metal products, such as food cans, bottle tops, and water supply lines. Some dental sealants and composites also may contain BPA. It is also found in hospitals: certain pieces of medical equipment, such as PVC plastic tubes, contain BPA to make it less brittle, and many premature babies are exposed to it while they are in intensive care nurseries.

How BPA hurts your immune system

When ingested, BPA triggers various mechanisms that modulate the immune system and affect diseases. Research shows that BPA interacts with many receptors in the body, causes changes in the epigenetic ‘switches’ that control our gene expression, and acts on cell signaling pathways.  BPA also likely affects the gut biome – which is the home of 70 to 80 percent of the human immune system – and alters immune cell populations. Scientists report decreased immune T-cells, while there is an upregulation in pro-inflammatory cells called cytokines and chemokines.

Other research has found that developmental BPA exposure can contribute to the development of type 2 diabetes, allergies, asthma, and breast cancer by altering immune function. Multiple sclerosis and type 1 diabetes may also be exacerbated by BPA, although more research is needed.

Some research has shown that BPA can seep into food or beverages from containers that are made with BPA. Exposure to BPA is a concern because of the possible health effects of BPA on the brain and prostate gland of fetuses, infants, and children. It can also affect children’s behavior. Additional research suggests a possible link between BPA and increased blood pressure, as well as other heart problems.

Unfortunately, the chemical has been found to be so widespread that the National Report on Human Exposure to Environmental Chemicals from the Centers for Disease Control and Prevention found detectable levels of BPA in 93 percent of over 2,500 urine samples taken in the U.S.

How to avoid BPA in your everyday life

If you’re concerned about BPA, you can take steps to reduce your exposure:

What About “BPA-Free” Plastic?

Though the FDA currently only bans BPA in baby bottles, sippy cups, and infant formula packaging, growing public concern has led to an influx of “BPA-free” products on the market.

The problem is that the alternatives might not be much different than BPA itself. All the new versions have the basic chemical structure, with only slight differences from BPA.

New research adds to growing evidence that BPA-free alternatives may not be as safe as consumers think. Researchers found that in mice, BPA replacements caused decreased sperm counts and less-viable eggs. These effects were then passed on to subsequent generations, scientists reported.

Though this research was done on mice, the researchers think the results could hold true for humans – but more research would be needed to confirm.

In the meantime, it’s best to avoid plastic entirely – especially in commonly-used items such as food containers and water bottles. Glass and stainless steel options are good alternatives.