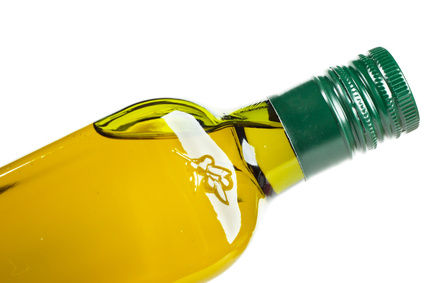 There remains a great deal of confusion around the so-called “healthy” cooking oil called canola. If you are still cooking with canola or eating foods that contain canola, you will want to read this article.

There is no such thing as a naturally occurring plant named canola, but rather a plant that results from the super-hybridization (genetic modification) of the rapeseed plant, which is a member of the mustard family. The name “Canola Oil,” which stands for “Canadian Oil Low Acid,” was invented because no one would buy a product called “Rapeseed Oil.”

FACT: The oil from the rapeseed plant was originally used as a lubricant for steam engines and as a penetrating oil in the light rail industry. It was not meant for human consumption.

Interestingly, in 1956, the FDA banned rapeseed oil for human consumption. In the 1970s, Canadian growers bred a new type of rapeseed plant that was lower in the toxic component, erucic acid. This is when the oil got its new name and rapeseed, one of the most toxic of all ‘food’ plants, supposedly became safe for humans to eat.

Oddly enough, rapeseed has never been given the GRAS (Generally Recognized As Safe) status by the US Food and Drug Administration. In fact, a change in regulation had to be made before the substance could be marketed in the United States. In 1985, canola oil (not the rapeseed plant) was given approval and rumors have it that the Canadian government spent 50 million dollars US to obtain the GRAS status.

The plan to present canola oil to health conscious individuals was subtle yet very effective. The industry manipulated science to present the oil as the perfect marriage between low saturated fat, monosaturates and the 10 percent omega-3 fatty acids it contains. Since most Americans are deficient in omega-3, this was a great hitching point for the manufacturers.

Soon after its introduction, the oil began to appear in recipes in popular health books by such authors as Barry Sears and Andrew Weil, who extolled the virtues of the Mediterranean diet and olive oil in their writings and used olive oil and canola oil as interchangeable oil options. In the 1990s, many book publishers would not even accept cookbooks unless they mentioned canola as an option in recipes.

Scientific conferences soon followed, and promotion of books such as The Omega Diet pushed canola further into the limelight. Sales of canola soared in America, China, Europe, Pakistan and Mexico.

The canola industry’s approach – scientific conferences, promotion to upscale consumers through books like The Omega Diet, and articles in the health section of newspapers and magazines – was successful.

By the late 1990s, canola use had soared. It is a major cash crop for places like Canada and Australia where it is grown. The oil is even a top choice in health market foods, and is commonly used in margarines and spreads that are marketed as cholesterol-lowering.

But … canola is registered with the EPA as a pesticide

Canola oil is an excellent insecticide, which is registered with the EPA. It is the primary ingredient in many “organic” pesticide products. Vegol Year-Round Pesticidal Oil is 96 percent canola oil.

The product label states “CAUTION: Avoid contact with skin or clothing.” There is even an Environmental Hazard warning that states, “Do not apply directly to water. Do not contaminate water when disposing of equipment…”

The label warns that if you get the product on your skin, you should rinse with water for 15 to 20 minutes, remove all contaminated clothing and then call poison control or a doctor for treatment advice.

A word about processing

If the fact that canola oil is a pesticide is not enough to convince you not to use it, you should pay attention to the fact that it is heavily refined. In the same manner that high fructose corn syrup is not actually “corn sugar” once it is processed, canola oil goes through the same transformation, becoming something it never was. After a combination of high temperatures and mechanical pressing, along with a number of solvents, the plant seeds are refined, bleached and de-gummed.

Because it is high in omega-3 and omega-6 fatty acids, which easily become foul smelling when they are subject to high heat, the oil must be deodorized. In the process of deodorization, a large amount of these fatty acids are transformed into trans fatty acids.

Trans fats have been linked to between 30,000 and 100,000 premature heart failures per year in our country alone. Although the Canadian government lists the trans fat content as only 0.2 percent, it is thought that it may be much higher because of processing. Unlike olive oil that is most often cold pressed to reduce oxidation, canola oil is subject to much harsher refinement processes.

Research from the University of Florida-Gainesville notes that up to 4.6 percent of fatty acids in unrefined canola are what are known as “trans” isomers – sort of like plastic. We all know that plastic is toxic.

The video below, from Discovery and Science Channel’s How It’s Made, is somewhat paradoxical as it states that the oil is healthy. Just watch the process it goes through, though. We will let you be the judge:

Most canola is genetically modified

Over 80 percent of all canola acreage is grown with genetically modified seeds. Genetically modified canola has been at the heart of much controversy and legal battles since its inception in 1995. For instance, Monsanto’s “Roundup Ready” herbicide is heavily used in canola crops, allowing farmers to douse their crops to kill weeds without killing the canola.

Besides switching from canola oil to a healthy, unrefined oil such as extra virgin coconut oil, we strongly urge you to consider avoiding all foods that contain canola oil. Common examples of foods containing canola oil include:

Note: There are non-canola oil versions of the products above, just make sure to check the ingredients and don’t buy ones containing canola oil.

Stick with whole foods, cook with organic extra virgin coconut oil and be sure to read your food labels very carefully. Click here for 3 more oils you should NEVER use.