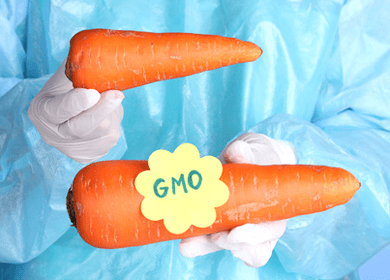 United States President Barack Obama signed a spending bill, HR 933, into law, the “Monsanto Protection Act,” that strips federal courts of the authority to immediately halt the planting and sale of genetically modified (GMO) seed crop regardless of any consumer health concerns.

“The provision would strip federal courts of the authority to halt the sale and planting of an illegal, potentially hazardous GE crop while the US Department of Agriculture (USDA) assesses those potential hazards,” explains a letter to the House that has been signed by dozens of food businesses and retailers, as well as interest groups and agencies representing family farmers. “Further, it would compel USDA to allow continued planting of that same crop upon request, even if in the course of its assessment the Department finds that it poses previously unrecognized risks.”

Why does Monsanto and other GMO companies need this protection? The corolary question is, has there ever been a safe, healthy, non-complicated genetically modified organism?

Genetical engineering is the process of putting genetic material from one species into another in a form that does not exist in nature. In every case of genetic engineered organsims, the product has been less naturally healthy overall than the original host organisms. There may be a single trait that is superior, but the overall health of the organism is less than found in nature. From animals like the Dolly the sheep, to the Flavr Savr tomato, to the products you are eating today and don’t even know it, there are inherent problems consuming altered DNA.

In 1994, Dr. Joseph Cummins, Emeritus Professor of Genetics at the University of West-Ontario warned that the inclusion in Flavr Savr tomatoes of a genetic sequence from the Cauliflower Mosaic Virus could create virulent new viruses. In October 1991, Dr. Edwin Mathews from the Department of Health and Human Services and of the FDA’s Toxicology Group wrote to the FDA Biotechnology Working Group saying: “Genetically modified plants could also contain unexpected high concentrations of plant toxicants.”

Modified proteins, new proteins never before eaten by humanity, exist in GE foods. In 1992, Dr. Louis J. Pribyl of the FDA’s Microbiology Group warned  that there is “a profound difference between the types of expected effects from traditional breeding and genetic engineering.”

There are many explanations of why genetic engineering becomes faulty, but for starters here are two: 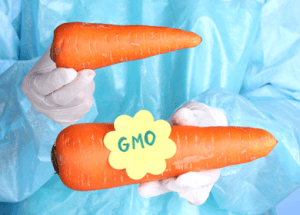 Many GM and parental line crops fall short of the definition of “substantial equivalence.” In any case, this crude, poorly defined and unscientific concept outlived its possible previous usefulness and we need novel methods and concepts to probe into the compositional, nutritional/toxicological and metabolic differences between GM and conventional crops and into the safety of the genetic techniques used in developing GM crops if we want to put this technology on a proper scientific foundation and allay the fears of the general public. We need more science, not less.

There are processes that are locking the agricultural farmer into a business relationship with the seed producers.

“Technology Protection,” is how they sell it. “Terminator” technology makes plants that would produce sterile seeds after one season. This means, farmers have to buy more seeds for the next harvest.

“Traitor” technology is a trait-specific technology that develops traits which would remain dormant in crops. Farmers can choose to activate this trait by spraying their crops with a proprietary chemical compound. This means, they’ll have to buy the proprietary compound to treat their crops in order to activate it. There are even biochemical companies requiring farmers to sign agreements to not save any of their seeds for re-planting. This means that instead of using the seeds for the next planting season, they have to get rid of them and buy more seeds.

Other possible effects might come from the spread of genes from modified plants to unmodified relatives, which might produce species of weeds resistant to herbicides.

There are numerous problems with the genetically modified foods you eat.

PEAS – A decade-long study of GM peas was abandoned when it was discovered that they caused allergic lung damage in mice.

SOY – In March 1999, researchers at the York Laboratory discovered that reactions to soy had skyrocketed by 50% over the year before, which corresponded with the introduction of genetically-modified soy from the US. It was the first time in 17 years that soy was tested in the lab among the top ten allergenic foods.

A four-year study at the University of Jena in Germany conducted by Hans-Hinrich Kaatz revealed that bees ingesting pollen from transgenic rapeseed had bacteria in their gut with modified genes. This is called a “horizontal gene transfer.” Commonly found bacteria and microorganisms in the human gut help maintain a healthy intestinal flora. These, however, can be mutated.

Mutations may also be able to travel internally to other cells, tissue systems and organs throughout the human body. Not to be underestimated, the potential domino effect of internal and external genetic pollution can make the substance of science-fiction horror movies become terrible realities in the future. The same is true for the bacteria that maintain the health of our soil – and are vitally necessary for all forms of farming – in fact for human sustenance and survival.

It is a well-known fact that fish proteins happen to be among the most hyper-allergenic, while tomatoes are not. Thus not labeling such genetically modified tomatoes, with hidden alien or allergenic ingredients, is completely unconscionable. The same applies to the typical GMO that has novel bacterial and viral DNA artificially inserted.

Viruses can mix with genes of other viruses and retroviruses such as HIV. This can give rise to more deadly viruses – and at rates higher than previously thought. One study showed that gene mixing occurred in viruses in just 8 weeks (Kleiner, 1997). This kind of scenario applies to the cauliflower mosaic virus CaMV, the most common virus used in genetic engineering – in Round Up ready soy of Monsanto, Bt-maise of Novaris, and GM cotton and canola.

The American Academy of Environmental Medicine (AAEM) called on ‘Physicians to educate their patients, the medical community, and the public to avoid GM (genetically modified) foods when possible and provide educational materials concerning GM foods and health risks.’ They called for a moratorium on GM foods, long-term independent studies, and labeling. AAEM’s position paper stated, ‘Several animal studies indicate serious health risks associated with GM food,’ including infertility, immune problems, accelerated aging, insulin regulation, and changes in major organs and the gastrointestinal system. They conclude, ‘There is more than a casual association between GM foods and adverse health effects. There is causation,’as defined by recognized scientific criteria. ‘The strength of association and consistency between GM foods and disease is confirmed in several animal studies.’

Most countries have banned GMOs. Not the U.S. This happens because of public unawareness and politics.

If you are concerned ask your grocer which foods they carry are GM foods. If you plant foods, ask the seed manufacturer which seeds are GMO. Stop purchasing known GM foods. Contact your state and national congress representatives and voice your concern on this subject.

GMO’s have never occurred in the history of the world until the past several decades. The timeframe is far too short to understand their impact on nature and human health.