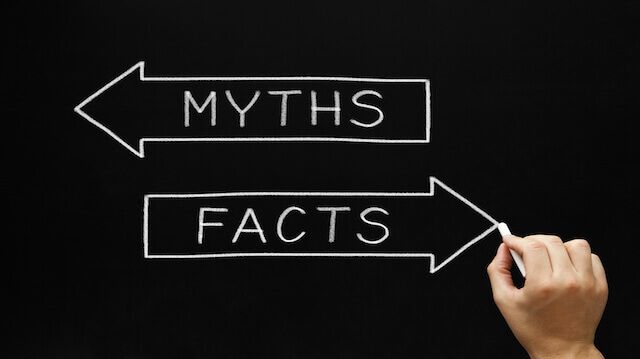 We have to choose between alternative and mainstream medicine

One of the biggest alternative health myths out there is that we have to choose between alternative solutions and mainstream medicine. The truth of the matter is that we don’t have to make a choice. It’s certainly necessary to inform all of our health-care providers of the care we are receiving, but our health should never involve a battle between two approaches.

Certain aspects of alternative care such as herbal supplements, massage therapy, chiropractic care and others should be discussed with any mainstream physician we consult to ensure that negative interactions don’t occur. That doesn’t mean we have to seek just one or the other. It’s all about balance.

Another myth about alternative medicine is that it’s expensive. With its focus on preventative care — especially in terms of eating well and promoting regular self-care — alternative medicine may save us money in the long run. It is true that many alternative providers do not accept insurance, thus making our up-front investment more significant. However, engaging in alternative practices may help reduce our need for more drastic medical care in the long run. After all, providers from all backgrounds agree that making healthy choices promotes overall wellness.

Alternative medicine only works if we believe in it

Skeptics often argue that alternative medicine practices only work because people buy into the “woo woo” associated with them; however, science is telling us something different these days. For instance, a study published in The Journal of Nervous and Mental Disorders suggests that acupuncture — a therapy many claim only works for those who believe in it — may be quite effective for treating posttraumatic stress disorder, or PTSD. After three months, subjects who received acupuncture reported better results than PTSD subjects who didn’t receive treatment.

Other treatments, such as massage therapy, have been scientifically shown to boost physiological and psychological health. In a study published in the Journal of Alternative and Complementary Medicine, Swedish massage was shown to have a significant effect on the hypothalamic-pituitary-adrenal (HPA) axis involved in the fight-or-flight response and subjects’ immune systems. Subjects were either provided with a Swedish massage or a light touch massage.

In the study, Swedish massage techniques were shown to greatly reduce levels of hormones associated with a stress response. Likewise, a study published in Science Translational Medicine suggests that massage therapy reduces inflammation and promotes the creation and rebuilding of skeletal muscle at the cellular level.

Alternative medicine has no oversight or scientific basis

As a part of the National Institutes of Health (an agency of the US Department of Health and Human Services), the National Center for Complementary and Integrative Health (NCCIH) is the government center responsible for the scientific advancement of complementary and alternative health care. Its mission statement is “to define, through rigorous scientific investigation, the usefulness and safety of complementary and integrative interventions and to provide the public with research-based information to guide health-care decision making.”

The NCCIH conducts research and sponsors studies that not only educate the public but advance the field of alternative medicine. Through promoting a mind-body connection, the NCCIH not only provides oversight, but also provides much of the scientific basis for alternative solutions to health-care needs.

If it’s natural, it must be safe

This myth is busted simply with the application of common sense. Think about it: Lead and mercury are natural, as are many varieties of mold and fungus, but they can all make us seriously ill or even kill us. Yet many companies claim their product is natural in order to convince us that it’s safe. We must do our research and consult our health-care providers — whether they are naturopathic or mainstream providers — to ensure that the remedies we’re ingesting or the methods we’re employing are safe.

It’s okay to take natural and prescription medicines together 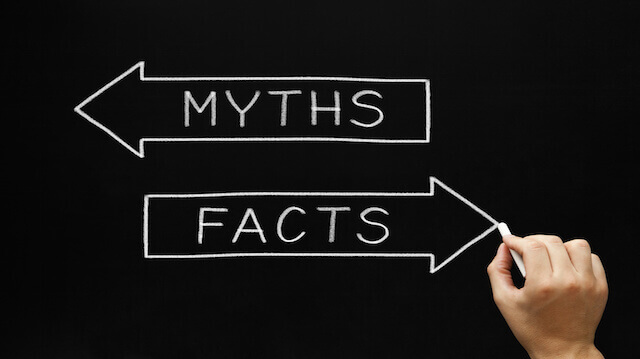 According to a study published in the Archives of Internal Medicine, echinacea, when used for longer than eight weeks, can lead to liver damage when taken with certain steroids and other medications. Ginger, garlic, Ginkgo biloba, feverfew and ginseng may affect bleeding time when used with medications like warfarin. Ginseng shouldn’t be used with estrogens, and St. John’s wort presents a variety of negative effects when mixed with selective serotonin reuptake inhibitors. From negatively affecting diabetes treatment to causing comas, herbal supplements have been shown to have varied negative interactions with prescription medications.

No matter which alternative health myth we’re presented with, it’s up to us to do our research. We must be advocates for our own health and wellness, and sometimes that requires self-education. We should also never be afraid to ask questions of our providers, and we must always inform them of the treatments we seek elsewhere — whether alternative or mainstream solutions.