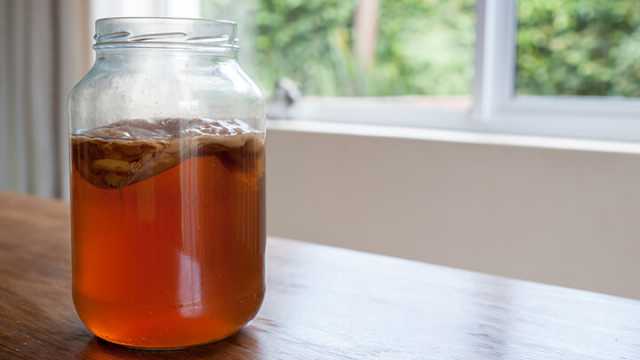 These superfoods may be all the rage, but they’re hardly new on the scene. In fact, they’re so old, you could call them ancient. These historical staples have recently become new culinary trends — and here’s how they benefit your health.

Legend has it that kombucha was first served in 220 BCE for the Emperor Qin Shi Huangdi. Because the Chinese had a hankering for longevity-elixirs, people referred to this fermented tea as the “remedy for immortality” or the “tea of immortality.”

Thanks to trade routes into India and Russia, eventually kombucha resurfaced in Japan. Apparently, a Japanese visitor to Kargasok (Russia) found this fermented tea and was amazed by the well-being it seemed to provide. Today, this longevity-elixir — once used habitually by Samurai — is widely used again in Japan. Kombucha has also found its way to Europe and now North America.

Kombucha, produced by fermenting tea with a symbiotic colony of bacteria and yeast (or a “SCOBY”), was regularly consumed to remedy inflammatory ailments such as arthritis and even cancer. Today, kombucha has become a go-to health beverage. Devotees use the beverage as an at-home remedy for acne, fatigue, hypertension, headaches and constipation.

Once fermented, kombucha becomes lightly-carbonated and contains vinegar, B vitamins, enzymes, probiotics and a high concentration of acid. People believe it can:

So, if you’re looking for an antioxidant-rich beverage — once enjoyed by emperors — that kills harmful bacteria and also fights several diseases, then this drink ancient drink for you! 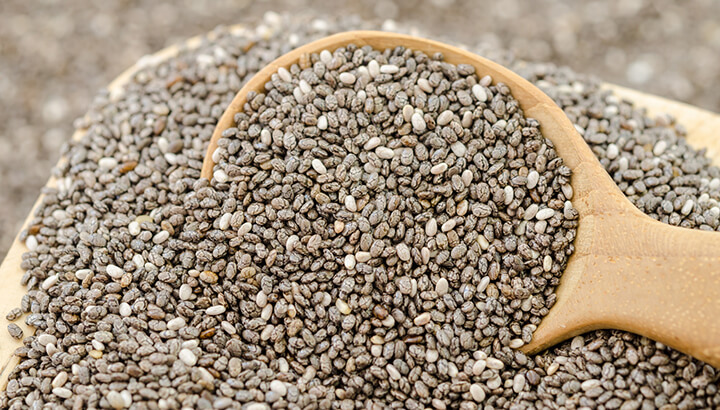 Once hailed as an Aztec superfood in 3500 BCE, chia seeds have once again reclaimed their glory in modern times. Aside from ancient warriors eating these seeds whole, people also used them in medicine. They also ground them into flour, mixed them as an ingredient in drinks and pressed them for oil. Chia seeds were also useful in that they could be stored for relatively long periods of time.

In addition to these practical uses, they were thought to have been used as a sacrifice in religious ceremonies. In Mayan, chia means strength, which is why ancient civilizations believed these seeds held superpowers.

Chia seeds don’t actually have a very strong flavor, so people can easily add them to a wide range of foods. They also form into a digestible gel-like substance when mixed with liquid, making them an ideal thickener for soups, smoothies and puddings. Vegans can even use chia in gel form as a substitution for eggs in baked goods.

But what makes these seeds one of the healthiest foods on the planet is that they deliver a whole lot of nutrients with very few calories. In fact, just one ounce of chia seeds contains:

Research published in the Journal of the American Oil Chemists’ Society suggests that chia seeds are also high in antioxidants. These antioxidants are what protect the sensitive fats in the seeds from going rancid. Chia seeds are also high in fiber — 40 percent fiber by weight — and low on carbs, making them one of the best sources of fiber in the world. They also contain an impressive amount of protein, which is shown to reduce appetite and prevent night-time binging. Additionally, chia seeds are a “whole grain” food and are usually grown organically. They’re also non-GMO and naturally free of gluten.

There’s been a rise in the popularity of ancient grains in past years, due largely to heightened food sensitivities and our desire to become healthier. Ancient grains have been around for about 75,000 years. And we call grains — such as quinoa — “ancient” because they remain largely unchanged over the last several hundred years. Unlike modern wheat, which has been crossbred, most ancient grains are nutritional powerhouses. They’re loaded with calcium, fiber and an amino acid, which helps your body burn fat (amaranth being the best source). Here are the top ancient grains you should consider adding to your diet:

This nutty-flavored grain contains more nutrients than wheat, including more protein, folate, magnesium and selenium. Spelt is also a high source of fiber, with half a cup containing four grams. You can use spelt flour in a number of dishes, with the grain found in a variety of products, including cereals, bread, pasta and crackers. But keep in mind, spelt does contain gluten and is therefore not suitable for anyone who has a gluten intolerance. 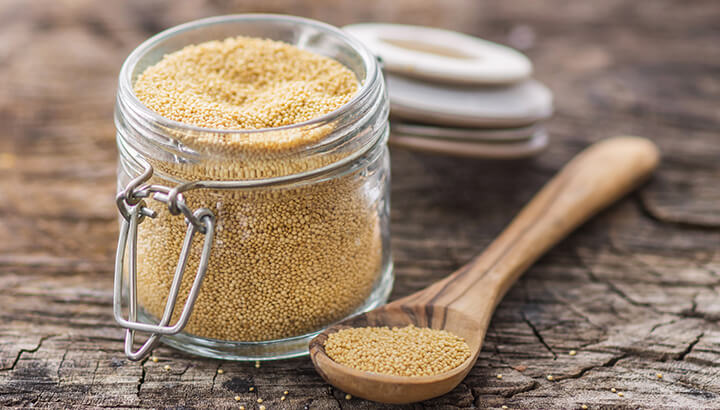 This “pseudo-grain” is often referred to as a vegetable. It’s gluten-free and has an impressive nutritional profile. It’s also high in fiber and has been shown to be beneficial in lowering cholesterol, according to research published in the International Journal for Vitamin and Nutrition. Research suggests that amaranth is also high in protein, lysine, magnesium, calcium and squalene (an anti-cancer compound).

Pronounced “keen-wah,” this ancient grain is actually a seed and not a grain at all. Because of its high protein content, quinoa has gained enormous popularity. In fact, it’s actually a complete protein containing all nine essential amino acids. And since quinoa is gluten-free it is a perfect for those who are sensitive to gluten or have Celiac disease.

Algae may not sound appetizing, but it is. Coastal populations across the globe have historically eaten edible seaweeds. The Japanese have been consuming seaweed for over 2,000 years. Today, it’s a staple of Asian diets, with one of the biggest benefits being the iodine content. We need iodine for healthy thyroid function. And due to salt-reduced diets, many of us aren’t getting sufficient amounts of iodine.

Due to the influx of Asian cuisine, seafood is fast becoming a superfood for Western culture as well. Research suggests that consuming seaweed regularly may protect against a wide range of modern diseases. Researchers have shown seaweed to have a preservative effect on foods, particularly with regards to Gram-negative bacteria. Raw or sun-dried seaweed health benefits include:

Don’t turn your nose up at this thyroid-boosting superfood. Apart from satisfying your salty cravings, it goes well with sushi, tofu, miso soup, salads, stir-fries, vegetable stews and greens. 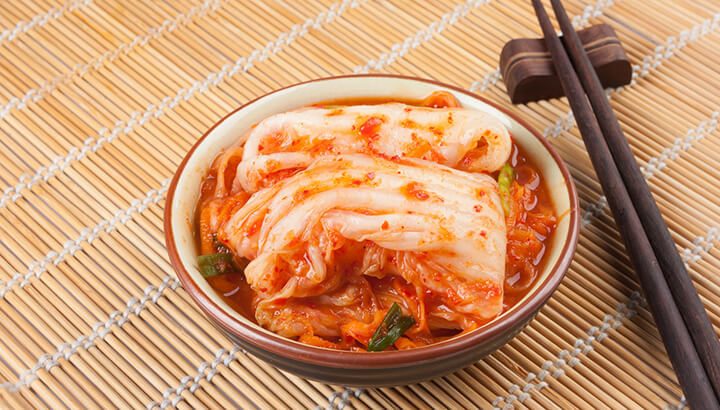 This traditional fermented cabbage dish is fast becoming a probiotic staple in modern Western cuisine. Kimchi is a fermented ethnic food of Korea. It consists of vegetables such as Chinese cabbage fermented with lactic acid bacteria, according to research.

Kimchi is a vegetable probiotic food that contributes health benefits similarly to that of yogurt (as a dairy probiotic food). This fiber-packed cruciferous veggie dish is loaded with antioxidant-rich spices and, most importantly, gut-friendly probiotics. A study published by the Department of Food Science and Nutrition concludes that kimchi promotes:

Kimchi is both tasty and highly functional. People typically serve it with steamed rice at every Korean meal. And, if you’re adventurous, you can also prepare it yourself!

There you have it, five ancient superfoods that you need to include in your modern day diet. Not only are they incredibly delicious, but they also kick butt when it comes nutrition.