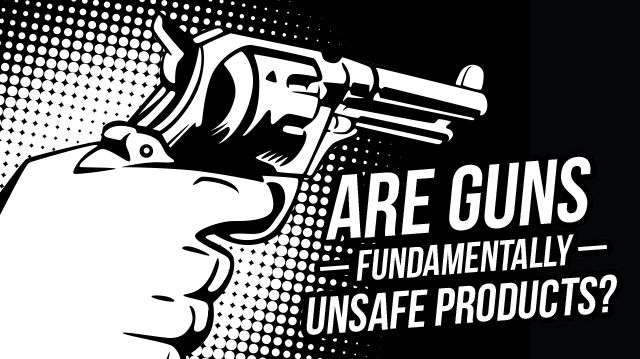 It seems like every week there’s a new case of an accidental shooting—often at the hand of a child or toddler. Guns may be fundamentally unsafe, but the real problem often lies in the hands of neglectful gun owners. Much like a car or a chainsaw, guns are a tool that when handled properly are useful and relatively safe, but far too many people are lackadaisical about their guns. Toddlers are killing themselves and something has to change. The issue is getting so prevalent that it might even factor into the race for the Democratic nomination.

At issue is the question of stricter gun control laws, but some would like to see gun makers held liable for accidental deaths. If suing a gun maker were easier, it might lead to safer “default” settings on guns and built-in lock systems, technologies that exist but are not widely used.

Instances of child and toddler shootings

On April 20, 2016, a two-year-old Indianapolis boy climbed up onto the kitchen counter at his home, pulled his mother’s handgun out of her purse and accidentally shot himself. The 23-year-old mother had “momentarily stepped away,” when her son Kiyan Shelton shot himself in the shoulder. He was transported to the hospital by emergency services, where he later died. Kiyan’s mother had a valid gun permit for the .380 Bersa.

“Tragedies can occur and it’s hard to believe that this could potentially occur to such a young person,” Indianapolis Metropolitan Police Department Chief Troy Riggs said in a press conference the next morning. “I didn’t realize that this could occur until I had a gun safety class years ago, and they showed demonstrations of what young children can do with weapons. It’s remarkably scary, I’ll just be quite frank.

“So never underestimate the ability of a child to fire a weapon. No matter how young they are.”

Chief Riggs brings up a very important point: children are industrious and often adults underestimate just how easy it is for a small child to get their hands on a gun that parents believe to be secured.

Other stories about similar incidents abound:

The instances go on and on. As Christopher Ingraham of The Washington Post reported last October, “In 2015 so far, at least 13 toddlers have inadvertently killed themselves with firearms. Eighteen more injured themselves, 10 injured other people and two killed other people.”

That’s equally horrific and ridiculous. It doesn’t have to be this way, and it might just factor into the Democratic presidential race. So what do Bernie Sanders and Hillary Clinton say on the subject of guns?

Sanders’ website quotes an interview with the presidential candidate as a way of answering this question. “Folks who do not like guns [are] fine,” said Sanders. “But we have millions of people who are gun owners in this country — 99.9 percent of those people obey the law. I want to see real, serious debate and action on guns, but it is not going to take place if we simply have extreme positions on both sides. I think I can bring us to the middle.”

He believes that gun control laws ultimately fall on the shoulders of individual state legislators but keeps background checks as a responsibility of the federal government. He also believes that gun manufacturers shouldn’t be held liable for misuse or accidents, “just as any other industry isn’t held accountable for how end-consumers use their products.”

Indeed, a middle ground — as Sanders proposes — would be a great thing.

Clinton, on the other hand, said, “I have been for the Brady bill; I have been against assault weapons. I have voted not to give gun makers and sellers immunity. And I would hope that [others] would join the Democrats who are trying to close the Charleston loophole.”

The “Charleston loophole” Clinton referred to is a wrinkle in gun law that says that if the FBI doesn’t respond to a gun dealer within three days of filing a background check for a gun purchase, the sale can proceed. The Charleston, South Carolina church shooter Dylann Roof was on an FBI list and was able to purchase a gun anyway, thanks to an error in documentation.

While her last statement is true, that simply wanting common sense measures isn’t solving the problem, her proposed interventions are more strenuous than Sanders’. For some, the differing opinions might be the difference between one candidate and the other.

So it seems that we have the chance to compare political candidates on yet another issue. Will the issue become a big one for the Democrats? Only time will tell, but one thing’s for certain: we need reform. Whether that reform comes in the shape of education, licenses or tougher laws remains to be seen.