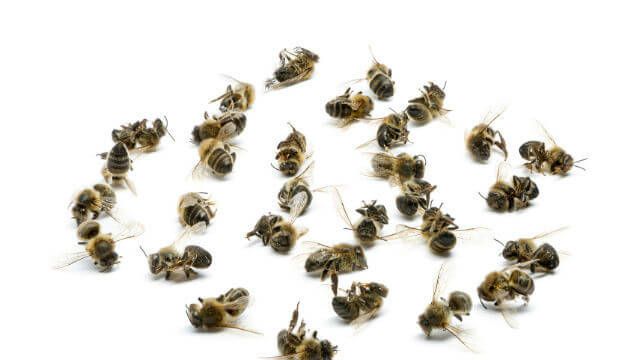 It’s time to talk for a moment about bees, and about neonicotinoids. All over the world, bees are dying in mass numbers – nearly all of us have heard of Colony Collapse Disorder (the epidemic of plummeting of bee populations around the world) by now. And, neonicotinoid pesticides use continues in the US.

Now, there is no solid proof that neonicotinoids are causing CCD, but the evidence against them points a pretty big finger. In 2013, as we reported, the European Union decided to ban several neonicotonoids. Summarizing the reasons behind the decision, the Pesticide Action Network (PAN) stated:

“The EU vote comes after significant findings by the European Food Safety Agency that these pesticides pose an unacceptable risk to bees and their use should be restricted. Along with habitat loss and pathogens, a growing body of science points to neonicotinoid pesticides as a key factor in dramatically declining bee populations.”

Bees are pollinating insects, and without them, many of the foods we are used to eating would be gone. In the developed world, this would mean less selection. However, in developing nations, the effects might be much more severe.

A new study performed by the University of Vermont and Harvard University analyzed the dietary staples of four developing nations, and factored in what would remain should bee populations continue to drop. They found that without the bees, malnutrition could become a reality for many people.

For example, in the case of some areas of Mozambique, up to 56 percent of the population could become malnourished should the bees cease to be.

According to study co-leader Taylor Ricketts, “the take-home is: pollinator declines can really matter to human health, with quite scary numbers for vitamin A deficiencies, for example, which can lead to blindness and increase death rates for some diseases, including malaria.”

Samuel Myers, another of the study’s co-leaders, also spoke of “an increase in neural tube defects from folate deficiency,” being a possibility in these parts of the world. This would occur, he stated, “because we have transformed our landscapes in ways that don’t support animal pollinators anymore.”

It is clear that we – as a planet – need to take some serious steps to protect the bees, as well as our other pollinators. Eliminating the use of neonicotinoids could be a very important step.