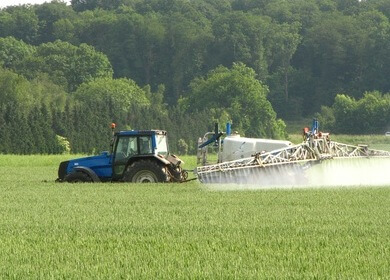 The United States Environmental Protection Agency (EPA) has approved the use of neonicotinoid pesticides, shortly after the European Union (EU) decided to ban them as a result of the devastating impact on honeybee populations.

According to the Pesticide Action Network (PAN), “the EU vote comes after significant findings by the European Food Safety Agency that these pesticides pose an unacceptable risk to bees and their use should be restricted. Along with habitat loss and pathogens, a growing body of science points to neonicotinoid pesticides as a key factor in drastically declining bee populations.” 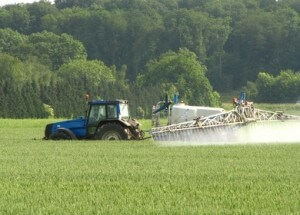 The USDA recently released a report on the global problem of honeybee deaths and the resulting environmental impacts of this phenomenon, in which they described the role of pesticides such as neonicotinoids as a key factor.

Neonicotinoids also cause damage to aquatic life, and as a result, to the birds that prey on said aquatic life – not to mention the potential hazards of pesticide exposure to humans.

Bees are a major part of our planet’s ecosystem, are are the pollinators of a wide variety of flowers, fruits and vegetables. Without bees, we would very likely not have apples, cherries, kale, onions, peaches, pumpkins, strawberries, sweet potatoes, turnips or watermelon, to name only a handful of the species dependant on bees.

Neonicotinoid pesticides, such as Assail, are approved for use on a variety of crops, including blueberries, tomatoes, grapes, leafy vegetables, peppers, stone fruits, strawberries and sweet corn.

How much more environmental damage must be done in order for our nation to wake up and adopt more natural methods of agriculture?