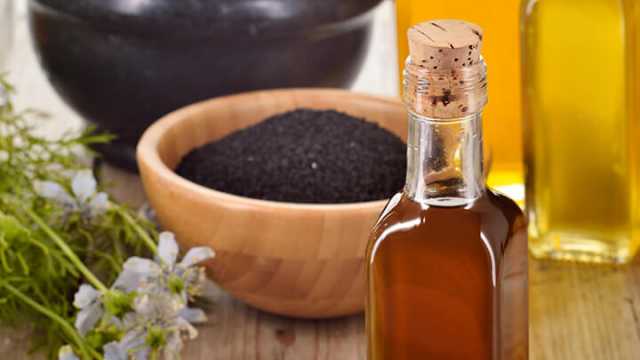 What can black seed oil do for you? Well, almost anything — with virtually no side effects. From Hippocrates to Cleopatra, this amazing commodity has been widely used for thousands of years. Yet, few people have heard about black seed oil.

Researchers have extensively studied its three active chemicals — thymoquinone, thymohydroquinone and thymol. Experts have found that black seed oil helps everything from weight loss to cancer. So what makes it so beneficial?

People have been investigating this active compound in black seed for decades. It’s known for its anti-oxidant, anti-inflammatory and anticancer properties, according to research published in Biochem Pharmacol.  These properties help with encephalomyelitis, diabetes, asthma and carcinogenesis.

Similar to thymoquinone, thymohydroquinone is one of the most potent natural acetylcholinesterase (AChE) inhibitors ever, according to Croatian research. AChE inhibitors reduce the breakdown of acetylcholine (a chemical messenger in the brain). It can even treat conditions like Alzheimer’s disease.

This active ingredient is a natural monoterpene (common essential oil compounds) that holds several useful qualities. It is commonly used as a tuberculocidal and virucidal to kill TB and other viruses. It’s also used as a general-purpose disinfectant and pesticide. Additionally, you’ll find it in food flavorings, perfumes, mouthwashes and even cosmetics.

On their own, or in combination, these three potent compounds make this natural remedy beneficial for many ailments, including:

Researchers of molecular medicine in Croatia looked at the antitumor properties of thymoquinone and thymohydroquinone in mice. They found that the two phytochemicals in black seed oil can decrease tumor cells by 52 percent. Because black seed oil is so rich in thymoquinone and thymohydroquinone, it can help prevent and treat cancer through a variety of ways.

The anti-tumor effects of thymoquinone have also been studied in mice for colon, prostate, pancreatic and lung cancer. The combination of thymoquinone and conventional chemotherapeutic drugs could increase therapeutic benefits and reduce the toxicity associated with chemotherapy, suggests research from Biochem Pharmacol.

Medication, alcohol, disease and even diet can reduce liver function. But black seed oil could help speed the healing process. Research from Egypt suggests that black seed oil benefits the function of the liver and helps prevent both damage and disease. 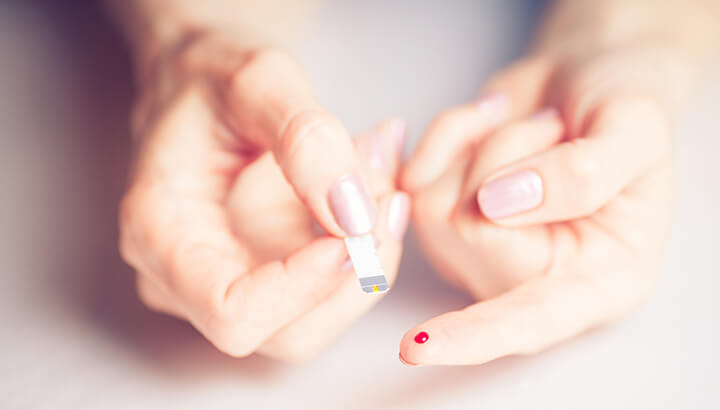 Diabetes affects millions of people. Yet, conventional medicine fails to achieve required correction of blood glucose in many patients. A study published by the journal Physio Pharmacol found that black seed oil significantly reduced fasting blood glucose. In fact, a study published by the Journal of Endocrinology and Metabolism found that black seed oil improves glucose tolerance as efficiently as metformin (a drug used for type 2 diabetes). Yet, it has no significant adverse effects and has very low toxicity.

You can treat earaches naturally with black seed oil. Simply warm (gently) 1/2 teaspoon each of black seed oil and olive oil. Drip into the affected ear for quick relief from ear pain. Place a towel over the ear for two minutes to keep liquid from draining.

A study published in the journal Diabetes and Metabolic Disorders found that black seed oil was one of the most effective natural remedies for fighting obesity through its anti-obesity properties. Though not traditionally used to treat obesity, research published in the Journal of Endocrinology and Metabolism suggests black seed oil has anti-inflammatory properties. These properties are known to help people lose weight. Specifically, they decrease weight triggers.

Of all the superbugs that black seed oil kills, Methicillin-resistant Staphylococcus aureus (MRSA) is one of the most vital. Ordinary staph infections are becoming resistant to generic antibiotics, making MRSA particularly dangerous to the elderly population. But, according to research, black seed oil may help. Through studying several strains of MRSA, Pakistan scientists discovered that each one was sensitive to black seed oil. This proves that it can help slow down or stop MRSA from spreading out of control. 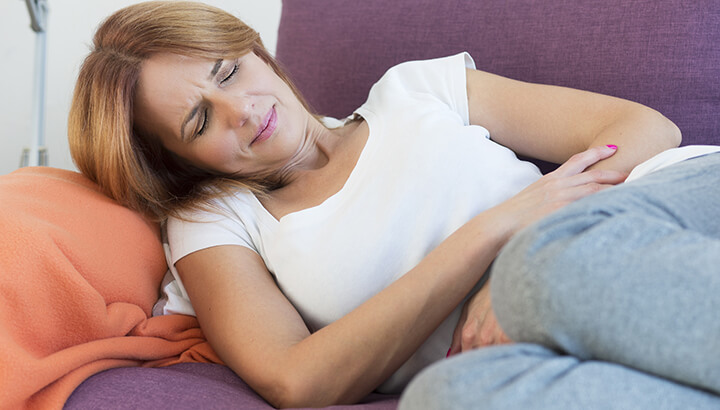 A study conducted on 35 opiate addicts found that black seed oil  can significantly decrease the withdrawal effects in long-term treatment of opioid dependence.

A study from Indonesia found that black seed oil capsules in combination with the herb Phyllanthus niruri were significant in alleviating throat pain. It also reduced the need for painkillers in human subjects. 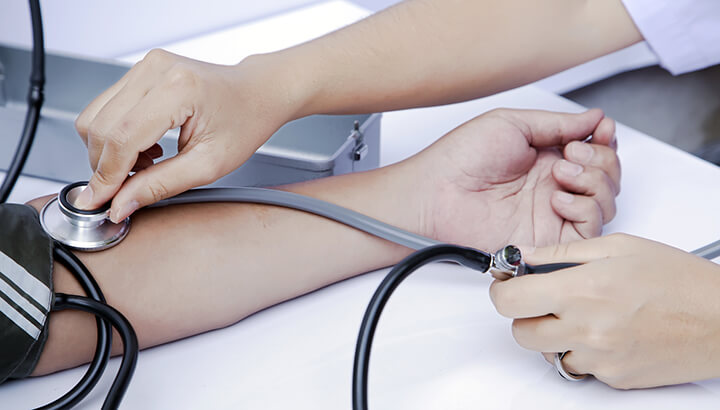 Traditionally, black seeds were known to have anticonvulsive properties. A 2007 study on epileptic children found that a water extract from black seed significantly reduced seizure activity.

Eczema sufferers often look for relief in cortisone. But relief is often short-lived and produces negative side effects. Using black seed oil for eczema is one of the most preferred natural alternative treatments today. Simply consume one to two teaspoons daily for relief. A review in the journal Dermatology suggests that black seed oil is safe, particularly when taken orally. Black seed oil is an excellent remedy for treating scars. It is one of the only few natural herbs that have been proven to remove and heal scars permanently. According to a Turkish animal study, black seed oil is effective for eliminating scars.

Black seed oil is carminative, meaning it aids in digestion and may decrease gas, bloating and stomach upset. Additionally, black seed oil is sometimes used in remedies for intestinal parasites.

Thymoquinone in black seed oils is shown to have a protective effect on the heart, according to a study from Saudi Arabia. It also promotes healthy cholesterol levels and helps normalize blood pressure.

The anti-spasmodic and anti-inflammatory agents in black seed oil make it extremely helpful in preventing and easing muscle cramps and spasms. Either consume it orally or rub the oil directly on the affected areas for fast results.

Since diarrhea is mainly caused by viral infection, the anti-inflammatory properties in black seed oil makes it an ideal remedy. Mix one to two teaspoons of black seed oil with yogurt.

Although commonly referred to as a yeast infection, candida affects many areas of the body. People must treat candida through many approaches, including diet and the removal of stress. According to Natural News, black seed is a known immune booster. Therefore, it can successfully treat candida.

Black seed oil aids the immune system, thanks to its potent antioxidant and antibacterial properties. Mix two teaspoons with either raw honey or freshly squeezed orange juice twice a day. Take the first dose half an hour before breakfast, on an empty stomach, and the other before bed.

Infertility happens because of many factors. However, an animal study published in the International Journal of Pharmacology suggests that black seed oil increases sperm quality and gives testis better histological features.

Acne is a direct result of inflammation on the skin, causing breakouts. The powerful regenerative and anti-inflammatory properties of black seed oil helps clear up the skin, giving it a natural glow. 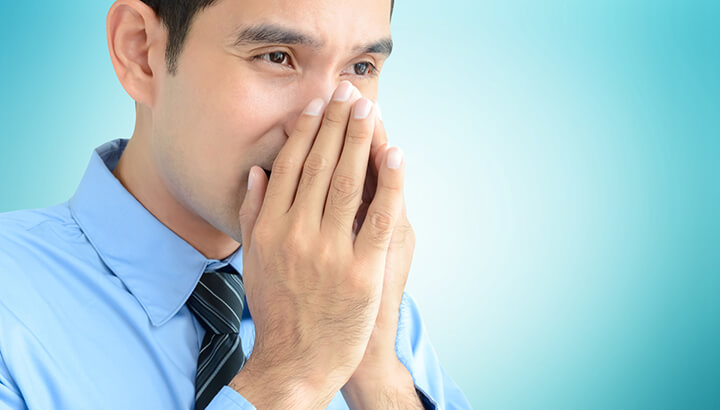 29. Back and muscle pain

Relieve insect bites by applying black seed oil on the affected area. It will help alleviate pain and itchiness instantly. This is one of the best natural remedies for insect bites.

Probably one of the most unique benefit of black seed oil is its ability to help restore hair loss. This may be in part due to the powerful antioxidant and antimicrobial properties. Place black seed oil directly onto thin areas or bald spots. Leave on for half hour and simply wash it out.

There you have it. Black seed oil is one powerhouse remedy. It’s thought to cure everything except death — though it was found in Tutankhamen’s tomb. Now that you know what it can do for you, why not give it a try?