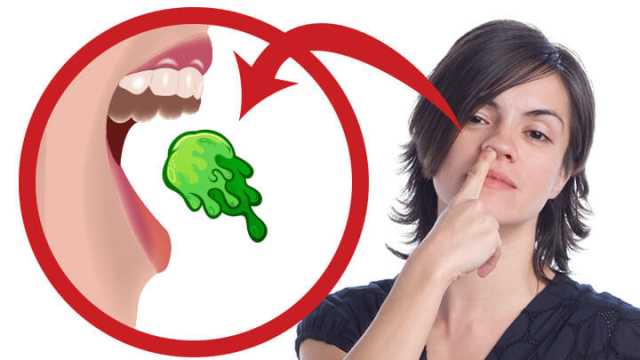 Whether you have children or not, you’ve more than likely heard a parent tell their child that they need to get their finger out of their nose. After they “dig” for gold, kids aren’t shy to stick a booger in their mouth — something which may instantly turn your stomach.

Now take your parent hat off for a moment. What if eating a booger or two was good for you? Could this nasty little habit actually do your body good? If you knew that boogers could strengthen your child’s immune system, would you view these sticky little clumps differently?

According to the research, as gross it may seem, eating boogers could boost your health. Here’s what you need to know about these gooey immune-boosters.

What are boogers anyway? 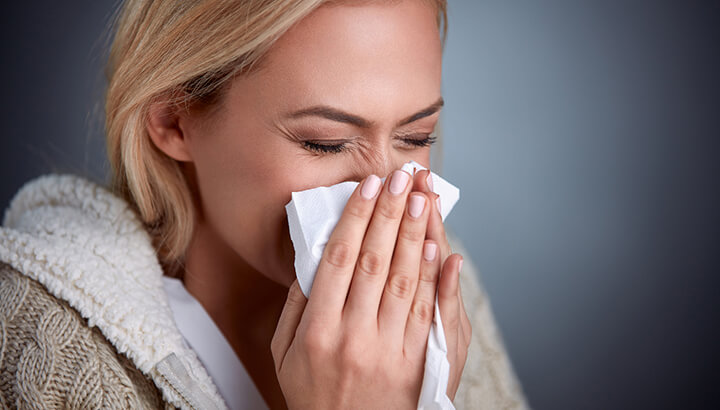 When you blow your nose and lovely little boogers come out, do you ever wonder what the heck they are? Slimy and sticky, boogers are nothing more than mucus. It’s a substance found in your lungs, gastrointestinal tract, eyes, reproductive tract and sinuses.

Although you may think boogers are gross, they do serve a purpose. Of course, you notice a whole lot of snot when you’re sick, but on average, your nose and sinuses produce around 0.5 gallons of mucus in a normal, healthy 24-hour period. This mucus helps maintain a moist nasal lining. It also improves your ability to smell and protects you from foreign pathogens.

To help out, little hairs known as cilia work to move this trapped mucus out of the nearest exit — which is your nostrils. In some cases, it may also be directed to the back of your throat. Then, you swallow it in small increments. If mucus doesn’t make it out, you may find that mucus dries out, collecting more debris. And there you have it: a booger has been created.

Eating boogers for your health — what’s the deal here?

Now that we better understand how boogers are formed, let’s focus on their potential immune-boosting benefits. Where did this theory come from and how can boogers contribute to our health?

This concept began to make headlines when a Canadian professor of biochemistry proposed a theory on the “sweet” taste of boogers. He wanted to spike the interest of his bored students while sharing his booger theory — and it worked. He stated that all children put boogers in their mouth, and in that sense, it’s possible that nature is driving this behavior.

The almost sweet taste of boogers may act as a signal, telling the body to consume it. Based on the pathogens found within this dried mucus, the immune system may uncover beneficial information about its surrounding environment. This ties into a number of other theories, including the possible link between excessive hygiene practices and an increase in immune diseases.

We have become so obsessed with hand sanitizers and a no-germ policy, that this may actually hinder immune function. This concept has been shown through a number of studies, including research on children who were raised on farms. These findings were published in Current Opinion in Allergy and Clinical Immunology.

Researchers found that farm-raised children suffered from fewer allergies, were less prone to develop asthma and exhibited fewer autoimmune issues in comparison to children who were not exposed to farm environments. In fact, children who never spent time on a farm were three times more likely to suffer from allergies.

This has led to what’s known as the hygiene hypothesis — a theory that focuses on early exposure to germs and the enhanced development of the immune system. In contrast, those who are steered clear of dirt and are exposed to toxic cleaning products often exhibit greater autoimmune issues.

What the latest research has to say about boogers 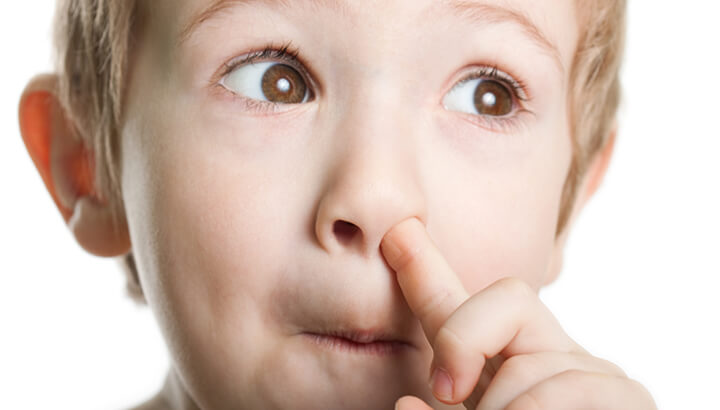 Since this theory first circulated, more research has piled up, supporting the beneficial properties of both dirt and boogers. Within a recent study, published in Nature, researchers found that the bacteria in mucus can actually be used to produce an antibiotic against staph infections.

What’s remarkable about this discovery is that it’s the first time scientists have uncovered a bacteria that possesses antibiotic properties and is naturally occurring within the human body. Meaning, the mucus within your nose, that eventually turns into boogers, possesses beneficial properties that we were never aware of until now. In a world where antibiotic resistance is a true concern, it’s important to recognize the true power of the human body.

As it currently stands, most experts agree that boogers could act as a beneficial immune booster. Since each little sticky clump contains a range of bacteria, once ingested, they may act like medicine within the intestine — kind of like a vaccination (without the associated adverse effects). Small concentrations of bacteria are introduced, allowing the body to strengthen its natural immune system.

Sure, it may not be attractive to have your finger up your nose. But, this is largely based on social stigmas which we’ve created. And although you may think boogers are nasty, you already unconsciously swallow nasal mucus daily.

Currently, there’s no doubt that nasal mucus may, in fact, enhance immune function. However, the jury is still out on booger munchin’. As mentioned, we swallow bacteria-ridden mucus naturally, without much thought. In that sense, we may already benefit from its immune-boosting properties, without needing to dig out dried boogers for consumption.

‘Nature itself is the best physician’

The take home message here is not so much about whether or not you should start eating boogers for breakfast. It’s more so on the issues surrounding our society’s obsession with excessive cleanliness. We (both children and adults) need to expose our bodies to certain pathogens on a regular basis. When you take a look at human history, as we have moved away from nature, biodiversity has begun to disappear.

In turn, this may be affecting our health, as our exposure to key microbes decreases. We need to encourage our children to go outside and “get dirty.” We also need to reduce our reliance on all these anti-bacterial cleaning and hygiene products. As you try to kill every germ in your house, you may actually be doing more harm than good.

So, the moral of the story here is this: boogers and dirt appear to enhance immune function. This showcases the importance of a more natural lifestyle. Begin to remove all the toxic chemicals and additives from your diet and overall lifestyle. Then you’ll begin to notice the true power of the human body.

When in balance, your body can achieve remarkable things — without needing to rely on pharmaceutical solutions. After all, Hippocrates was onto something when he stated, “Nature itself is the best physician.” In this case, boogers seem to lend a helping hand.