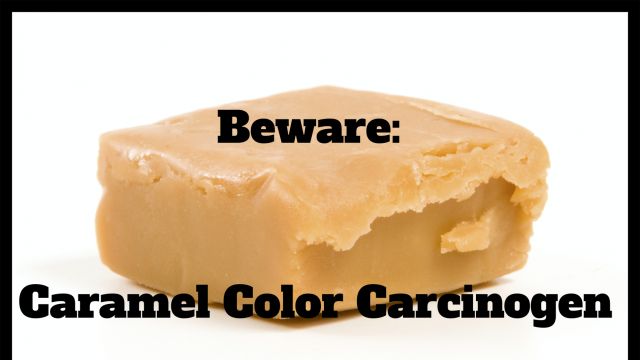 Yes, we know you probably already know that soda is evil… but do you know just how evil? If you are drinking dark sodas such as colas, you are likely exposing yourself to caramel color level IV – a “possible human carcinogen.”

Also known as 4-methylimidazole, or 4-Mel, caramel color level IV has been linked to increased leukemia risk, as well as increased risk of lung tumors, liver and lung lesions, and neurotoxicity, in mouse and rat studies, according to data compiled by the National Toxicology Program.

A new study, published in the journal PLOS One, analyzed the cancer risk of drinking sodas which contain 4-Mel. It was found that up to 58 percent of Americans over age 6 have at least one can of soda each day. The study authors wrote:

“Caramel color is added to many widely-consumed beverages as a colorant. Consumers of these beverages can be exposed to 4-methylimidazole (4-MEI), a potential carcinogen formed during its manufacture… Using ultrahigh-performance liquid chromatography-tandem mass spectrometry, we assessed 4-MEI concentrations in 12 beverages purchased in California and a geographically distant metropolitan area (New York) in which warning labels are not required.”

In California, a warning label is required on beverages which contain 4-Mel exposures of over 29 μg/day. Upon their analysis, the study authors continued: “routine consumption of certain beverages can result in 4-MEI exposures > 29 μg/day.” The researchers also found that 4-Mel levels in sodas varied significantly, even in different cans of the same soft drink.

According to the study’s senior author, Dr. Keeve Nachman, “soft drink consumers are being exposed to an avoidable and unnecessary cancer risk from an ingredient that is being added to these beverages simply for aesthetic purposes. This unnecessary exposure poses a threat to public health and raises questions about the continued use of caramel coloring in soda.”

Dr. Urvashi Rangan, executive director of the Consumer Reports’ Food Safety and Sustainability Center, adds, “this new analysis underscores our belief that people consume significant amounts of soda that unnecessarily elevate their risk of cancer over the course of a lifetime.”

It’s not just soda – which even without the caramel coloring should be avoided like the plague – that you have to watch out for. As we recently reported, Starbucks has been found to use caramel color in Pumpkin Spice Lattes, as well as other flavor syrups, sauces and even in their whipped cream. Many other processed foods and beverages may also contain this ingredient.

There is currently no ban or limit on 4-Mel in the US, though Consumer Reports has been petitioning the FDA to at least set a limit for the amount allowable in foods and beverages. To avoid exposure to this possible carcinogen:

Just say no to processed foods – along with caramel color, many contain other artificial colors, flavors and chemicals which may cause harm, especially if eaten regularly.

If you do buy a packaged product, check the label for “caramel color,” and “artificial flavors.” Really, if a food or drink has ingredients you cannot pronounce, or do not sound natural, it doesn’t belong in your body.

Love soda but want to avoid the dangers? Check out our healthy soda recipes you can make at home!