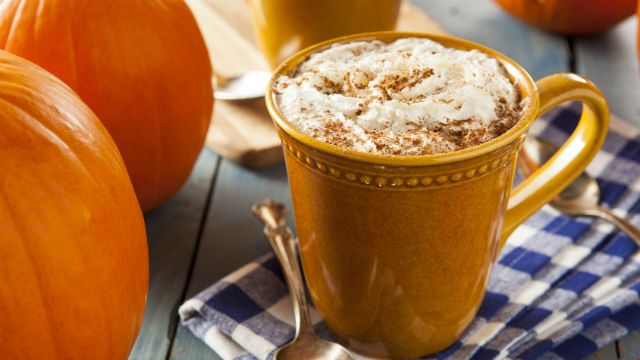 The aroma of pumpkin baking in the oven, along with spices such as cinnamon, clove and nutmeg, embody the very essence of autumn. This is a huge reason why Starbucks sells so many of their famous Pumpkin Spice Lattes during the fall season. To this day, over 200 million of these drinks have been sold.

However, taking a closer look at the ingredients found in the Starbucks Pumpkin Spice Latte may make you think twice about ordering one. Vani Hari, aka the “Food Babe,” recently did an investigation into the ingredients in this beverage – which she reports were quite difficult to get – and found that it contains Caramel Color Level IV.

While other artificial colorings are bad enough – many are linked to allergic reactions and hyperactivity in children – Caramel Color Level IV is likely among the worst. It contains a compound known as 4-methylimidazole, or 4-Mel, which has been classified as a “potential carcinogen,” and is linked to various cancers in animal studies.

The National Toxicology Program reports on various experiments testing the effects of 4-Mel on mice and rats. They found some evidence of an increased risk of leukemia on one of the groups of mice, and stronger evidence of a higher risk of tumors in the lungs of another group. They also found that exposure to 4-Mel was linked to liver and lung lesions in rats, and neurotoxicity in female rats.

While some critics argue that the levels of 4-Mel that the mice were exposed to were higher than those normally found in food, the truly worrisome thing about this compound is that it is found in so many foods, so you may be ingesting far more than you think. Anything that says “caramel color” on the label is possibly of the level IV variety which contains 4-Mel.

Hari reports that Starbucks uses this ingredient not only in their Pumpkin Spice Latte, but in many other syrups and sauces, as well as in whipped cream.

It gets worse. 4-Mel is not the only potential danger lurking in a Pumpkin Spice Latte. It also contains copious amounts of sugar, other artificial flavorings, carrageenan, various preservatives, and sulfites, which can cause allergic reactions in some people. Additionally, the milk that Starbucks uses comes from cows fed GMO feeds.

The small shred of good news is that Starbucks has stated that they will be phasing the caramel coloring out of their foods and beverages, however, a timeframe has not yet been provided. Still, even without this ingredient, a Pumpkin Spice Latte is far from healthy.