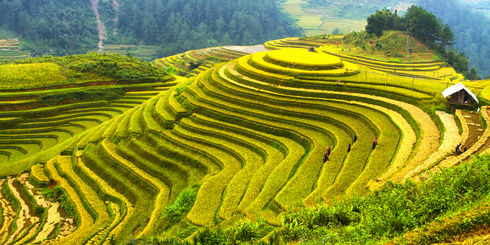 Big news from China: permits for the production of genetically modified corn and rice have not received renewal from the nation’s Ministry of Agriculture.

In the past couple of years, China has become increasingly stringent on the import of food due to GMO contamination, and this recent halt in production paints a clear picture that GMOs have worn out their welcome.

The permits were originally issued in 2009 by the Biosafety Committee of the Ministry of Agriculture, in order to plant the corn and rice for research purposes only. In China, it is illegal for GMO rice to be sold on the open market; nevertheless, it has been detected in rice samples in a supermarket across the Yangtze River from the area where the crops were being grown.

Whether this sale of GM rice was intentional, or the contamination was accidental, has not been determined. However, many people were upset at the discovery.

According to Wang Jing, a Beijing-based Greenpeace official, “we believe that loopholes in assessing and monitoring research, as well as the public concern around safety issues are the most important reasons that the certifications have not been renewed.”

Huang Jikun, the Chinese Academy of Sciences’ chief scientist, agrees that public concern was a major factor in the permits not being renewed. However, he also adds that China produces nearly all the rice it needs without imports or GMOs, and that it does not export much of the rice, making the GMO development unnecessary.

As we reported last November, China has rejected several corn shipments from the United states, due to contamination by unapproved GMOs. Research on the pitfalls of these products is hitting home in many regions across the globe, and China’s refusal to go forward with GMO projects is a sign that the tides really are turning away from this technology.