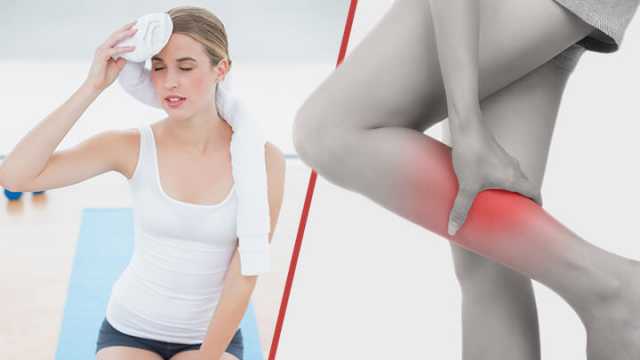 You probably already know, or at least have heard, that the ancient practice of yoga has a lot of amazing benefits to both the body and the mind. Practicing yoga regularly can help increase flexibility, improve muscle strength and tone, reduce chronic pain, focus the mind and relieve stress, among many other perks. There are many styles of yoga to choose from, and different ones work better for different people.

One style of yoga which many people swear by is Bikram yoga. This type of yoga certainly has its benefits (as all forms of yoga do), but it can also be dangerous if not approached with caution and a close attunement with one’s body. Before plunging into this type of yoga, there are several risks you should be familiar with, so that you can take steps to avoid them.

What is Bikram yoga?

Bikram yoga is a form of yoga performed in a very hot room. In a real Bikram yoga class, the room is heated to 105 degrees Fahrenheit, with a 40 percent humidity level. During a 90-minute Bikram yoga session, participants complete traditional yoga poses in an established order.

There are other types of “hot yoga,” where heat and humidity levels may be lower (sometimes a more manageable 80 degrees), and poses may be more fluid and varied in nature. But, in a Bikram class with an instructor certified by the Bikram Yoga College of India, it’s 105 and very humid.

There are some anecdotal benefits to practicing Bikram yoga, though there is no scientific evidence that this type of yoga is better than any other type of yoga tradition. A few of the benefits attributed to Bikram yoga include increased flexibility (due to the heat warming joints and muscles), a greater attention to breath, increased mental focus, and elevated energy levels. There’s also an increased ability for the body to detoxify due to the great amount of sweating that occurs.

Some proponents of Bikram and hot yoga also say that practicing in high heat helps the body to burn more calories, however, this has not been studied. Using this form of yoga to help reach weight loss goals may be a misdirected attempt.

As mentioned, there are several noteworthy risks to participating in Bikram yoga. The following are six major ones.

As 104 degrees Fahrenheit is considered dangerous by physicians, this can be a cause for concern. ACE’s chief science officer, Cedric Bryant, said, “For a person who’s unfit or not used to Bikram, there’s some [concern] that they might experience some level of heat intolerance.”

Study leader Emily Quandt added, “The dramatic increases in heart rate and core temperature are alarming when you consider that there is very little movement, and therefore little cardiovascular training going on during class.” Quandt also noted that although the participants were sweating, they were not sweating enough to properly cool their bodies to a safer temperature.

In extreme cases of overheating, people who participate in Bikram yoga (or another activity in very high heat) may put themselves at risk of heat stroke. In the case of heatstroke, the body’s cardiovascular system, as well as the kidneys and liver, start to shut down. If this is not addressed quickly, it may lead to death.

In 2016, there were reports of a 35-year-old woman, who was otherwise healthy, experiencing heat stroke in a hot yoga class. Luckily, she pulled through. Be careful in those yoga classes, folks.

Staying for too long in a hot room can lead to dehydration if you do not drink enough water. If you become dehydrated, you may notice yourself feeling weak, sluggish, nauseous, confused or unable to sweat. If you experience these symptoms, get some water immediately. Seek medical help if symptoms do not subside soon after replenishing water. If dehydration becomes severe, it can be fatal.

The claim that doing hot yoga can make you more flexible has credibility… but this may not be a good thing. If you stretch your muscles too far, you may injure yourself. Overstretching is a common yoga injury which can lead to joint pain, muscle pain and inflammation. While this can occur in any type of yoga class, it may be more likely in a Bikram yoga class, since you might feel more flexible than your body is able to handle.

Because Bikram yoga rooms are hot and humid, infections can spread easily. If surfaces are not properly sanitized, or if towels and mats are shared and not washed between users, you may find yourself with a nasty rash or infection after your yoga class.

6. Issues with the instructor

There have been reports that some Bikram yoga instructors discourage people from exiting a classroom if they are not feeling well. While this is certainly not always the case, it is important to note that any instructor that does not encourage you to listen to your own body can be dangerous. Never try to “power through it” if you’re feeling ill or off. Listen to your body, always, and never feel ashamed to end a yoga session early.

How to stay safe in Bikram yoga

If you do decide to attend Bikram yoga sessions, make sure to take the following precautions:

Bikram yoga is enjoyed by many people, and it can be practiced safely if you take precautions. First and foremost, be in tune with your body and do what feels right to you.