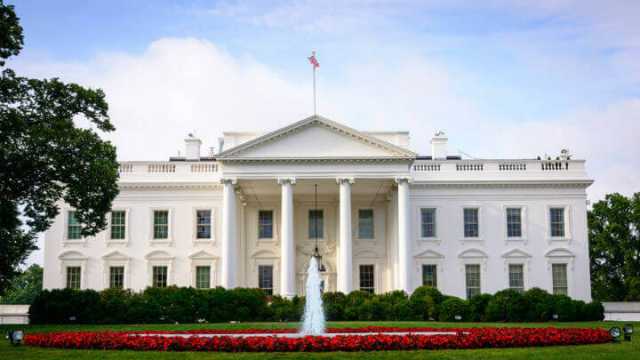 David Frum, a conservative political commentator and former speechwriter for President George W. Bush, was on television this week and said,

I like what he is saying. I believe another way to say this is we have lost respect. And I don’t think just for the institutions. I think we have become a people who are more suspicious of our institutions and of authority. We are quick to believe conspiracy theories and fast-breaking stories that we see on the Internet, rather than organizations and people who have spent their lives working to help make our land a better place.

I have to say, that as a person who makes a living based on the existence of the Internet, it seems odd that I am calling us out on our addiction to what has become so routine online: quick news / quick conclusions / negative judgments and damaging rhetoric. We scan and scroll and click and get the ‘latest’ so we end up forming opinions based on minimal factual information. I think that is what David Frum is talking about. Our institutions, the ones who have serious people in them that seek to help us sift the truth from the lies, are considered passé – or even worse – that they are behind some kind of conspiracy to trick us. We just won’t believe the experts – we will, instead, believe the truly non-expert, opinionated and nasty rhetoric of late.

You may think I am being naïve, that somehow I have missed noticing the dysfunction within Washington. I see it. But let’s not misdiagnose it. I remember eight years ago when one political party decided to make it their seemingly sole ambition to block everything the newly elected President of the United States was about to do. Before he had even gotten going. It is actually amazing to see how much progress the country has made despite the broken-ness in Washington. But that is a testimony to the strength of our institution, of our system of government – it has been resilient enough that we still have been able to make progress and move forward these past eight years.

Is everything now the way we want it to be? Certainly not. But that is the opportunity before us – to work together, to cooperate, to seek compromise and solutions and continue to improve and deal with some of the very negative forces both within and outside of our country.

I have said it before and I will say it again. I am not a registered Democrat and I am not a registered Republican. I am very concerned by the state of our two party, highly partisan politics. It seems like the only thing that the two parties agree on these days is that nobody else should be able to play.

At the same time, I am not a fan of obstructionist politics. When a group of people, or in this case what appears to be almost an entire party, makes it their mission to thwart what the ‘other side’ is trying to do – I believe a line has been crossed, and to put it simply, they shouldn’t be allowed to play anymore.

And I believe a foundational element of this new document, is the need for respect.

Let’s face it: if you have been paying attention to what has been said in this election season – and who hasn’t – respect is almost dead:

Note: the above is not intended to be a complete list (apologies for those I missed – because I know, there are more).

Can’t we all agree that we need to take a positive approach? One that is not based on being a partisan – the definition for the adjective partisan is: prejudiced in favor of a particular issue. What if we chose the best ideas regardless of who came up with them?

While we focus on beating up the ‘other guy’ and tearing down our cherished institutions and systems, aren’t we simply cheating the next generation, and really all future generations? Not to mention cheating this generation here and now.

We need to step back, take stock and decide we are going to work together. And to help us get our focus, let’s start with respect.

I have heard people say, I will respect so-and-so once they respect me. Really? Is that the adult way? One of the most famous people who ever lived said, “love your neighbor as you love yourself’? Isn’t the ‘better way’ to initiate love, healing and respect rather than wait for it and see if I ‘get it’? Respect for the sake of our human dignity, rather than a precondition because someone has done enough to deserve it.

Let’s choose words that build up.

As a backdrop to healing, and taking a new and positive direction as a country and a society, I think we need to take a healing moment and give voice to what we ought to already believe in our hearts.

So, a final exercise for everyone reading this, that’s you, who have been courageous enough to get this far in our quick-scanning, not-interesting-enough, smartphone carrying world.

And while respect may be one of the biggest casualties of this election – the good news is when each of us chooses to believe in respect, we can collectively bring it back to life.

I believe we need to speak out loud for this resurrection of respect. And if you are in a place where other people are within earshot and are worried they might hear you, so much the better. You won’t be saying names here. You will be helping bring Respect back from the dead. And those around you would do well to hear it coming from your lips. And I believe that really matters.

So say out loud:

I respect the office of the President of the United States, including the person serving in the office.

I respect our elected officials, including our leaders in Congress.

I respect our system of government.

I respect this election and all election officials.

I respect the disabled.

I respect war veterans, in fact I respect and appreciate everyone who serves or has served in our military.

I respect people who are different than I am.

I respect the truth.

David Frum announced on Nov. 2 that he voted for Hillary Clinton. I think it is because he believes that she is the candidate most worthy of respect in this election.

For the record: Hillary Clinton was not put under investigation by the FBI based on the Oct. 28 letter from the FBI Director (it was just a notice of update on the previous investigation) – in addition, in the middle of the afternoon on Sunday, Nov. 6, the FBI Director announced the completion of the review of the most recent set of e-mails and has decided nothing they found was worthy of changing their conclusions from the first investigation (feel free to look up the story on a reputable news source), one story source: