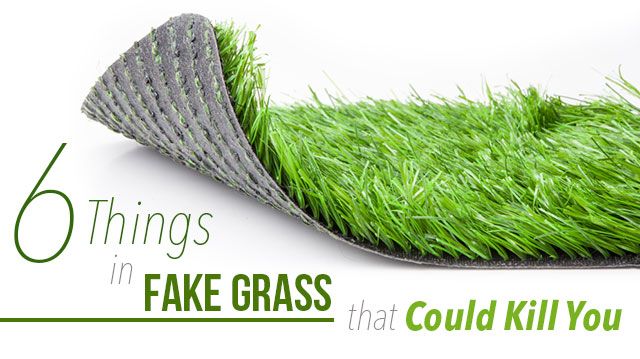 Those of us who have played sports on a synthetic turf are familiar with the black “crumbs” that come off it and seem to end up virtually everywhere. Children play on it all day long, and come home with black particles embedded in their hands and knees.

So, what is that stuff, anyway? More importantly, is it safe?

While the materials used in artificial turfs vary, the most common material is crumb rubber infill. This material is essentially made from ground-up tires, and can contain a number of chemicals. Basically, any material that goes into the manufacture of a tire can be found in crumb rubber, and a wealth of potentially hazardous chemicals are used for this purpose.

Some of these materials may be dangerous, especially with prolonged exposure. If you have a synthetic lawn, best to check to see what it is made from.

The following are six dangerous things that have been found in various tires:

Arsenic, often used as rat poison, is a natural compound that can be incredibly damaging to the body in high concentrations. This compound can damage the immune, circulatory, reproductive, and nervous systems, to name just a few. In large enough doses, arsenic has been linked to cancer in lab studies.

Most of us know how dangerous lead can be, especially for young children. Lead exposure in children has been linked to lower IQ, learning difficulties, and sociopathic behavior. It’s now illegal in paint, but can still be found in artificial turf.

Mercury is another well-known poison. According to the Centers for Disease Control and Prevention (CDC), mercury exposure can lead to kidney, nervous system and respiratory system damage.

Benzene is a component of crude oil and gasoline, as well as cigarette smoke. Exposure to benzene has been linked to anemia, reproductive irregularities, immune system damage, and blood cancers such as leukemia.

Many different chemicals fall into the category of hydrocarbons. These substances can be highly damaging to the lungs if they are inhaled. According to the Connecticut Poison Control Center, if hydrocarbons enter the lungs, they may cause permanent lung damage, and may even be deadly.

This is a serious worry when it comes to artificial turf, because when the material heats in the sun, chemical compounds, including hydrocarbons, can off-gas into the surrounding atmosphere. 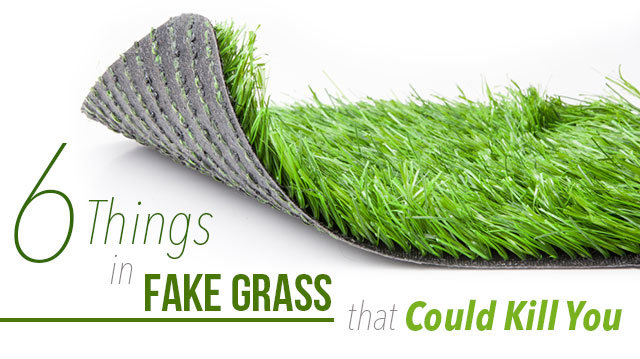 A number of carcinogenic compounds, including a few of the above-listed ones, may be present in tire material. A couple of years ago, NBC launched an investigation after a Seattle soccer coach noticed an association between soccer goalies — who dive straight onto fake grass — and the development of cancers.

While there is no official research to date that correlates crumb rubber with cancer, the association is nevertheless concerning, and it’s what we don’t know that is most worrisome. Industry leaders are quick to assert that the chemicals found in crumb rubber are at low enough levels to be benign, but public concerns remain high.

According to Caroline Cox, the research director for the Center for Environmental Health (CEH):

“The point is, let’s go with better alternatives instead of spending years and millions of dollars establishing harm. If there’s a better way to do this, let’s just do it.”

We couldn’t agree more. While organic alternatives to crumb rubber are indeed more expensive, if millions are to be spent investigating the safety of crumb rubber, those are dollars that could be much better spent on alternatives that we know are safe.