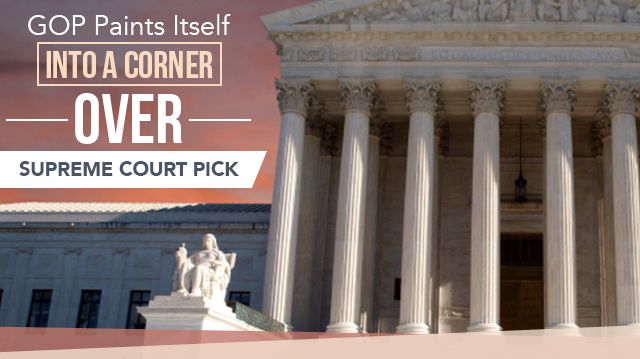 On February 13, Supreme Court Justice Antonin Scalia died at the age of 79 at Cibolo Creek Ranch in Shafter, Texas. Since his passing, the Senate Judiciary Committee, led by a Republican majority, has stated that it will not replace Scalia until after President Obama leaves office. Wednesday, the president announced the nomination of Judge Merrick B. Garland as Scalia’s replacement. Will we see an end to the standoff between the Senate and the White House?

What’s the holdup?
Just 10 days after Justice Scalia’s passing, the 11 Republican majority members of the Senate Judiciary Committee issued a letter to the Senate Majority Leader Mitch McConnell that said they would take no action should President Obama nominate someone to take Scalia’s place. An excerpt and its analysis was posted by Lyle Denniston, writer for the National Constitution Center’s “Constitution Daily” blog:

“Under the particular circumstances under which this vacancy arises, we wish to inform you of our intention to exercise our constitutional authority to withhold consent on any nominee to the Supreme Court submitted by the President to fill Justice Scalia’s vacancy. Because our decision is based on constitutional principle and born of a necessity to protect the will of the American people, this Committee will not hold hearings on any Supreme Court nominee until after our next President is sworn in on January 20, 2017.”

It’s likely that their decision isn’t actually motivated by the constitution. Rather, it looks like they’re holding out for the next president in hopes that it’s a Republican they like and who will nominate a justice who might decide issues favorably in their view. There’s great dissent among party members, however, over Donald Trump’s rising popularity among primary voters.

One has to question the judgement on the part of the Republican committee members. Members of the GOP have urged people to vote for other candidates over Trump and his comparison to Hitler and the Nazi party is so mainstream at this point that it’s hard to separate the two via a simple Google search. Yet, he’s still winning primary states. Who is to say, if we end up with a President Trump, that the Republicans will like the judges he might nominate?

On the flip side, if Hillary Clinton or Bernie Sanders becomes president, the Senate Judiciary Committee is likely to have to deal with hearings for a nominee that will be very similar to judges Obama would nominate, in Clinton’s case, or even more liberal judges from a President Sanders.

It’s as if the Republicans on the Senate Judiciary Committee want to forestall the inevitable, but that’s not the only issue with the Senate-driven gridlock.

The Supreme Court isn’t political
As Chief Justice John Roberts recently said, despite the fact that many laws are politicized, “We often have no policy views on the matter at all, and that’s an important distinction.” Roberts is worried that the current presidential election is warping the public perception of the Supreme Court, and he’s not wrong.

Initially hailed as an ideal Republican appointment, Roberts was criticized by Ted Cruz, Jeb Bush and senior Republicans for decisions that contradicted GOP policy goals, including his deciding vote in favor of the Affordable Care Act. As The Washington Post writes, Roberts has said that the Supreme Court issues “a lot of opinions where if I were in the legislature I certainly wouldn’t have voted for the program that was under review.” Roberts continued by saying, “I don’t necessarily agree with the substance of every piece of legislation simply because I determine it’s within the Constitution for Congress” to enact the law.

Simply put, the Supreme Court’s place is to decide if a contested law is constitutional or not, not whether it serves one party or the other.

Nomination of Judge Merrick B. Garland
This week, President Obama nominated Judge Merrick B. Garland for the position as the 113th justice, in an address from the Rose Garden. President Obama lauded Judge Garland for his work, saying he is “widely recognized not only as one of America’s sharpest legal minds, but someone who brings to his work a spirit of decency, modesty, integrity, even-handedness and excellence. These qualities and his long commitment to public service have earned him the respect and admiration from leaders from both sides of the aisle.” 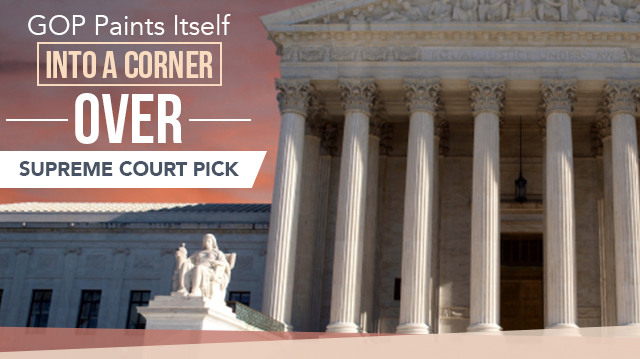 The president went on to demand a fair Senate hearing for the appointment. “I simply ask Republicans in the Senate to give him a fair hearing, and then an up or down vote,” said the President. In fact, according to the New York Times, White House officials made sure to point out that Judge Garland’s current role, as chief judge of the US Court of Appeals for the District of Columbia Circuit, was confirmed “in 1997 with the support of seven sitting Republicans: Senators Dan Coats of Indiana, Thad Cochran of Mississippi, Susan Collins of Maine, Orrin G. Hatch of Utah, James M. Inhofe of Oklahoma, John McCain of Arizona, Pat Roberts of Kansas.”

It’s almost as if the president is daring the Senate to maintain the gridlock in the Supreme Court.

In the meantime, any decision that comes to a 4–4 deadlocked conclusion will leave the lower court ruling standing, an outcome that tends to favor the liberal view in many cases. If Republicans hold off on hearings for nominees, it could mean not one but two Supreme Court sessions will face a gridlock.

The White House has just launched a new Twitter profile for the most up-to-date news of the nomination and appointment process: @SCOTUSnom. Follow along there and here for the latest.