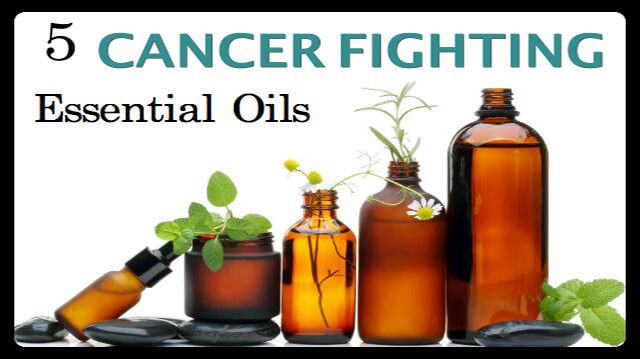 There are many ways that essential oils and aromatherapy can support in cancer healing, including stress relief and emotional support. However, some essential oils are shown to act directly on cancer cells, preventing growth or even promoting apoptosis (cancer cell death).

We all have a small amount of “cancer,” or malformed cells, in our bodies at all times. A healthy body, which is fed good food and enjoys robust lifestyle practices, is able to remove or heal these cells, keeping the body in balance. However, when the body is fed junk food and is not well maintained, these malformed cells can continue toward the development of cancer. Recent scientific studies show that we can use essential oils to support the body to heal and excrete these cells, so we can prevent the growth of cancer.

Some of the most effective oils against unhealthy irregular cells include thyme, rosemary, oregano, chamomile and frankincense. These oils are remarkable because they are able to selectively harm or disable cancer cells while leaving healthy cells intact. This is in contrast to many conventional cancer medications and treatments, which are often poorly targeted and cause severe side effects. A good analogy is to compare conventional treatment to an atomic bomb, while essential oils are more like a SWAT team.

Let’s review some of the natural plant extracts or essential oils that show the most promise in preventing and treating cancer.

Thyme is an evergreen herb used for both cooking and medicine. The ancient Egyptians used it for embalming, and Greeks used it in baths and for incense. During the Medieval times in Europe, people kept thyme under their pillows to ward off nightmares.

All of these traditional uses echo a wisdom that is now being verified by modern science. Recent scientific analysis is uncovering the amazing health-promoting abilities of thyme and its essential oil. 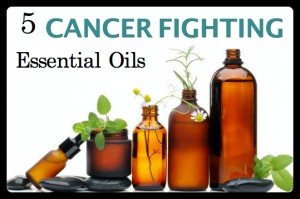 Rosemary is an aromatic evergreen shrub used for flavoring in cooking, pest control in gardening, and fragrance in toiletry products. It contains a number of potent phytochemicals or therapeutic plant compounds.

Rosemary has been shown to have antioxidant properties, helping to protect against free radicals which damage cell membranes, tamper with DNA, and even cause the death of healthy cells. A number of recent studies have shown that rosemary extract has powerful anti-tumor properties in several areas of the body including the colon, breast, liver, stomach, skin and blood. One study found that rosemary essential oil at a concentration of 1 percent was able to deactivate more than 90 percent of ovarian and liver cancer cells.

Oregano is a common culinary herb native to the Mediterranean region and is part of the mint family. It has a number of strong chemical compounds, which give it a strong flavour and also impressive medicinal abilities.

Dr. Supriya Bavadekar, assistant professor of pharmacology at Long Island University’s College of Pharmacy and Health Sciences, has been leading a group testing carvacrol, a constituent of oregano, on prostate cancer cells. They have found that the oregano compounds use signalling pathways that cause “cancer cell suicide.” Dr. Bavadekar explains that, while we have previously known of oregano’s anti-inflammatory and antibacterial properties, its “effects on cancer cells really elevate the spice to the level of a super-spice like turmeric.” When recent data shows that 1 in 36 men will die of prostate cancer, this is a very promising study.

Oregano oil also contains carnosol, one of the same constituents as rosemary. Oregano essential oil has been shown to stop the growth of colon cancer cells, activating apoptotic (cancer cell death) effects which are selective for cancer cells. This oil has also indicated promising results against prostate, breast and skin cancer.

Chamomile is one of the most ancient medicinal herbs known to mankind. The flower comes in two common varieties, German chamomile and Roman chamomile. The dried flowers of chamomile contain many therapeutic chemical constituents, called terpenoids and flavonoids, which contribute to its medicinal properties. Chamomile preparations are commonly used for many human ailments, including hay fever, inflammation, insomnia, gastrointestinal disorders, and hemorrhoids. The most commonly used form of chamomile is as a herbal tea. Chamomile essential oil is a more potent version for concentrated therapeutic use.

In cancer studies, the most bioactive constituent in chamomile has been identified as apigenin. Recent studies have shown that medicinal chamomile extracts have little effect on normal cells, but have a significant effect in inhibiting many human cancer cell lines. This effect has been found in skin, prostate, breast and ovarian cancer.

Frankincense essential oil is made from resin or sap that is obtained from the Boswellia tree family. There are many different types of Boswellia trees in Asia and the Middle East, each of which produces a slightly different resin. Frankincense has been used since antiquity as a medicine and in religious rituals. The main active ingredient in the essential oil, boswellic acid, has strong anti-inflammatory activity.

Chinese and Ayurvedic medical models use frankincense as a major ingredient in treating many health conditions, including cancer. Western studies are now backing up this traditional use, showing that frankincense essential oil and extracts have potent anti-tumor activity. When frankincense was tested against human pancreatic cancer cells, the essential oil was able to cause substantial levels of cancer cell death by inhibiting signalling molecules and cell cycle regulators. The same effect was found in another study on bladder cancer cells.

This study also tested the effect of the frankincense on normal bladder cells, and found that the essential oil was able to distinguish cancerous from normal cells. There were, again, multiple cell mechanism pathways activated by frankincense against the cancer cells. Overall the studies have indicated that no serious side effects have been recorded with continuous therapeutic use of frankincense essential oil.

Besides directly killing cancer cells, essential oils can also assist with side effects of traditional cancer treatment. For example, many brain cancer patients experience cerebral edema (swelling) after having radiation therapy. This is usually treated with steroid medications, which can cause further side effects. A 2011 study found that frankincense essential oil can offer a much safer alternative to this medication. In the study, 60 percent of patients had an improvement rate of at least 75 percent in their level of brain swelling.

All of this evidence offers us a great deal of hope in the holistic prevention and treatment of multiple types of cancer. Although the strength and efficacy of natural therapies such as essential oils has been well investigated by researchers, don’t expect to see them being used in mainstream cancer treatment anytime soon. This is because natural compounds cannot be patented — therefore there is no huge potential for profit as there is with pharmaceuticals.

However, we encourage you to use natural medicines for their powerful prevention capabilities, which can always be used in tandem with conventional medical treatments. Try some simple prevention techniques today by incorporating plant-based antioxidants into your diet! You can do this by drinking green tea, using turmeric in cooking, or applying essential oils.