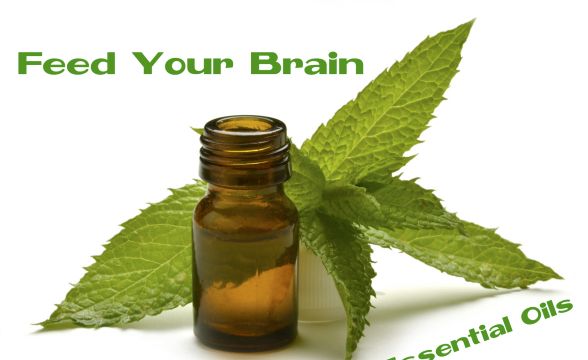 It goes without saying that brain health is utterly important to our overall well-being. As the control center of the body, the brain governs the function of every other system, and if our brains start misfiring, all systems go awry.

The worst case scenario of cognitive meltdown is dementia, the most common form of which is the dreaded Alzheimer’s disease. The Centers for Disease Control and Prevention (CDC) estimates that one in nine people in the United States aged 65 and over suffers from Alzheimer’s disease. It is the sixth leading cause of death in our nation, and unfortunately, it is on the rise.

In fact, the CDC estimates that by the year 2050, nearly 14 million people will be living with Alzheimer’s disease.

Alzheimer’s is a degenerative condition, which is characterized by diminished numbers of nerve cells in the cerebral cortex, the “control center” of the brain. Just a few of the functions of this brain region are reasoning, memory, and language skills. As the disease progresses, individuals often lose their most cherished memories, and sometimes cannot even recognize their loved ones, which can lead to unspeakable heartache.

There are currently no pharmaceutical drugs that have much effect to mitigate the symptoms or progression of Alzheimer’s disease, or any other type of dementia. While some natural remedies have been showing promise, prevention is still the key factor in avoiding the onset of dementia symptoms.

While there is no guaranteed prevention strategy for avoiding dementia, you can give your brain a fighting chance by leading the healthiest lifestyle possible. A nutritious diet of whole foods, rich in fruits, vegetables, healthy fats and proteins, and omega-3 fatty acids is essential, as are exercise and getting a good night’s sleep on a regular basis.

In addition to a healthy lifestyle, you may wish to look into the following essential oils, all of which have links to cognitive well-being. They’re not just for preventing dementia either; these oils may help to improve your memory, your mood, and your focus in general!

Sage, a fragrant ancient herb commonly used in Mediterranean recipes, was featured in the United States Pharmacopoeia between the years of 1840 and 1900, and has been long noted for its beneficial effects on both the body and the mind. One of its key properties, celebrated for generations, is its ties to memory improvement and boosting nervous system function.

During a 2010 study published in the journal Human Psychopharmacology, the effects of sage (Salvia officinalis), as well as its relative, Spanish sage (Salvia lavandulaefolia), were tested for their effects on memory. For the study, 135 healthy volunteers inhaled the aromas of either sage, Spanish sage, or no aroma for a control group. The volunteers were then given cognitive and mood tests.

“Data analysis revealed that the S. officinalis aroma group performed significantly better than the control group on the quality of memory and secondary memory primary outcome factors from the test battery. The Alert mood measure displayed significant differences between both aromas and the control condition.”

The authors of an earlier study, performed in 2005 and published in the journal Physiology and Behavior, wrote:

“Members of the Sage family, such as Salvia officinalis and Salvia lavandulaefolia, have a long history of use as memory-enhancing agents coupled with cholinergic properties that may potentially be relevant to the amelioration of the cognitive deficits associated with Alzheimer’s disease.”

To test these potential effects, the researchers gave 24 participants a dose of either 25 microl or 50 microl of Spanish sage essential oil, or a placebo. The participants were given tests to measure their cognitive abilities, and their mood.

On their results, the study authors summarized:

“The results showed that administration of S. lavandulaefolia resulted in a consistent improvement for both the 25- and 50-microl dose on the ‘Speed of Memory’ factor. There was also an improvement on the ‘Secondary Memory’ factor for the 25-microl dose. Mood was consistently enhanced, with increases in self-rated ‘alertness’, ‘calmness’ and ‘contentedness’ following the 50-microl dose and elevated ‘calmness’ following 25 microl.”

“These results represent further evidence that Salvia is capable of acute modulation of mood and cognition in healthy young adults. The data also suggest that previous reports of memory enhancement by Salvia may be due to more efficient retrieval of target material.”

Peppermint (Mentha piperita) is another essential oil with a wide variety of healing properties. It is wonderful for not only improving digestion, freshening breath, and relaxing tense muscles, it may also help to improve memory.

A 2008 study published in the International Journal of Neuroscience tested the effects of both peppermint and ylang ylang essential oils on cognition and mood. The study involved 144 volunteers, who were administered either peppermint essential oil aroma, ylang ylang aroma, or a lack of aroma as a control group.

Regarding the outcomes of the study, the authors noted:

“Peppermint was found to enhance memory whereas ylang-ylang impaired it, and lengthened processing speed. In terms of subjective mood peppermint increased alertness and ylang-ylang decreased it, but significantly increased calmness.”

These results should not cast a negative light on ylang ylang essential oil: This oil is wonderful for promoting relaxation and relieving stress, among other benefits. However, it does underscore peppermint’s ability to improve memory and increase mental clarity — both very important aspects of cognitive health.

Lavender (Lavandula angustifolia) essential oil is one of the best-known aromas around for its mild sedative properties. It is the gentlest of the essential oils, and is great for stress relief. It has also been found to boost mood and alertness levels.

The researchers who performed a 2002 study published in the journal Phytotherapy Research surveyed the many properties of lavender, including previous research on its neurological effects. To summarize some of this research, the study authors wrote:

“A study in NSW, Australia found that when patients in a dementia day-care facility received a 10 to 15 min hand-massage with a mix of three oils, including lavender, they had a significant improvement in all areas measured. These included the patients’ feelings of well-being, increased alertness, decreased aggression and anxiety and improved sleeping patterns (Kilstoff and Chenoweth, 1998).”

Both stress relief and increased alertness are key for cognitive health. One reason for this is that stress — especially chronic stress — can lead to inflammation throughout the body, which can pave the way for many chronic illnesses, including those that affect the brain. 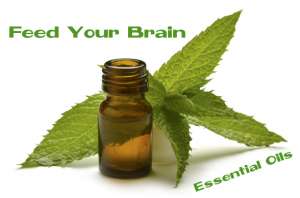 Applying essential oils to your life

If you wish to tap into the power of essential oils, your first step is to have a conversation with a natural health professional you trust. Although these oils are natural, they are highly concentrated and very potent, and should be used judiciously — nature is no joke.

Ask your health professional about each of these oils, and your goals regarding their use, so that you can work together to develop a plan that is right for your individual health needs. A skilled natural health professional can help you to determine how much to use, and how often, in the most safe and effective way possible.

It is also important to choose a high-quality, therapeutic-grade essential oil. There are many imposters out there, so be sure to do your research, and buy from a responsible company with a good reputation, and lots of satisfied customers.

One great way to use essential oils is in aromatherapy applications. You could put a few drops in a diffuser, and get the aroma going throughout any room of the house you wish — such as your bedroom or a meditation space.

Some essential oils can be applied on pressure points, mixed with a base oil (such as organic coconut oil) and used during massage, or even taken internally — but be sure to clear these uses with a health professional, and if you are going to take them internally, make sure your oil is not only therapeutic-grade, but food-grade as well.

While essential oils alone will not guarantee cognitive well-being, coupled with an overall healthy lifestyle, they can sure provide a boost!