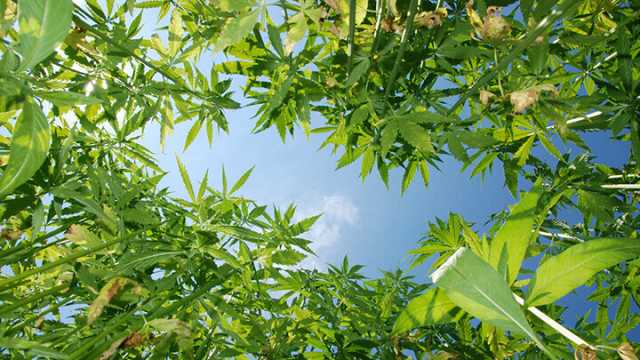 “Hemp is of first necessity to the wealth and protection of the country,” wrote Thomas Jefferson. That was more than two centuries ago. Back then, hemp was used to make paper, sails, rope and textiles. Indeed, the crop was so essential that early American colonists were virtually required to grow it.

Industrial hemp is a close cousin to marijuana. However, it does not contain significant levels of THC, the psychoactive ingredient in cannabis. Hemp was an important part of the American economy from the colonial period through World War II. However, anti-marijuana hysteria and commercial interests colluded, prompting lawmakers to ban hemp production in the U.S.

Can hemp farming make a comeback?

Today, the situation is changing. States such as Virginia and Kentucky are pushing aggressively to revive hemp farming. It could help their economies and communities hit hard by the decline in traditional cash crops like tobacco and the manufacturing sector.

The incentives for reviving hemp are considerable. Americans spend $580 million a year annually on hemp-based products. These include everything from fabrics, foodstuffs, medicinal oils, body lotions and much more. Indeed, because hemp is so versatile, it can be used to manufacture environmentally friendly ethanol-type fuels, biodegradable plastic substitutes and non-polluting detergents.

The costs of hemp prohibition

Unfortunately, federal restriction on hemp production precludes American farmers from benefiting from this amazing crop. Currently, hemp destined for commercial products has to be imported from the roughly 30 foreign countries where it is an established crop.

The absurdity of the hemp prohibition is illustrated by the length universities and horticultural experts have to go to before they are even allowed to research the plant in this country. Hemp seeds must be ordered from European nations, then inspected by federal regulators. Meanwhile, farmers and college professors have to pass background checks conducted by the DEA.

The rigmarole and red tape exists because hemp is considered a controlled substance even though THC levels are virtually negligible. Therefore, no reasonable person would attempt to smoke hemp. And if they did, experts say they’d just get a headache instead of getting high. Likewise, no one would try to conceal pot plants by planting them in hemp fields since cross-pollination would cause THC levels to plummet in cannabis.

Thankfully, both Democrats and Republicans are beginning to come to their senses and appreciate just how economically counterproductive the status quo is. Presently, there are two bills pending in Congress attracting bipartisan support. These would allow hemp farming and production to resume once again in the United States.

Lawmakers on both sides of the aisle are starting to recognize the economic benefits of hemp, but there is an important social dimension too. The average age of a farmer in many states is 60. New crops and related industries will be increasingly necessary to attract younger generations to the field, so to speak. Hemp may be just the kind of product that will open up more exciting opportunities.

For example, increased interest in environmentally-friendly consumer items is a huge selling point for hemp. In fact, the crop scores very high in terms of its sustainability and social value. More specifically, hemp crops require virtually no pesticides to grow and far less fertilizer than other forms of agriculture. Nevertheless, hemp can replace trees as a source of paper and cotton as a source of fiber. Further, it’s

Nevertheless, hemp can replace trees as a source of paper and cotton as a source of fiber. Further, its high biomass means it can be converted into a clean-burning ethanol type fuels. Amazingly, hemp’s carbon footprint is extremely low, but most products derived from it are biodegradable, non-toxic and renewable. 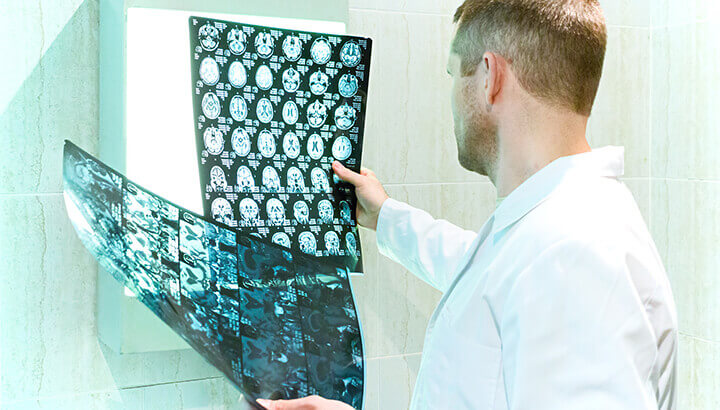 The oil derived from hemp seeds appears to have promising medicinal benefits as well. Recently, health scientists have zeroed in on the body’s endocannabinoid system as being a crucial factor when it comes to conditions such as fibromyalgia, depression and neurodegenerative disorders.

Increasingly, researchers believe the body’s endocannabinoid system is vital to health and well-being. Essentially, it is a network of receptors in the brain and nervous system that are involved in hormonal signaling, which helps the body maintain its homeostatic state. Scientists believe that deficits or impairments in endocannabinoid system could lead to conditions like depression, fibromyalgia or neuropathy.

CBD hemp oils are rich in substances called cannabinoids, which are analogs of the endocannabinoids manufactured naturally by the brain. Studies suggest that CBD hemp oil may help restore neurobiological balance in patients with impaired endocannabinoid functioning. In addition, research suggests that hemp oil has anti-inflammatory, antiviral and possibly antitumor properties as well.

Hemp is also proving extremely well-suited to a variety of niche products and consumer items. It is being used to make a new kind of bedding material for horses and smaller animals that are both odor and microbe resistant. Cereals and other foodstuffs are proving popular too.

Omega fatty acids are also very beneficial for skin health. So, it’s no surprise that hemp-based body lotions and moisturizers are catching on as well. Best of all, most hemp-based topicals are made from 100 percent natural ingredients. They are considered highly effective when it comes to reducing dry skin. 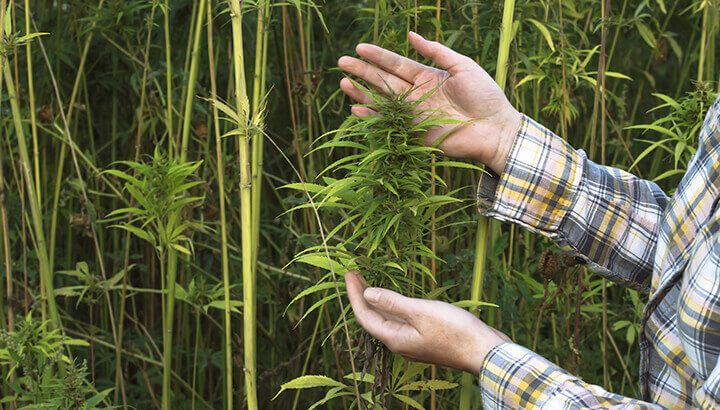 Critics of industrial hemp contend that hemp’s resemblance to marijuana would make it hard for the DEA to distinguish between legitimate crops and contraband activities. However, agricultural experts insist no sensible farmer would plant the two species together because cross-pollination would quickly cause THC levels to plummet in cannabis.

The success of recent ballot measures legalizing both recreational marijuana use and medical cannabis in many states renders restrictions on hemp cultivation even more arcane. Surprisingly, the hemp plant may provide another benefit — it could help diminish gridlock in Washington. That’s because reviving the hemp industry appears to be one of the few issues where Democrats and Republicans appear to be coming together.

For example, a bipartisan coalition has coalesced around the Industrial Hemp Farming Act of 2015. It has been championed by lawmakers like Mitch McConnell (R-KY) and Jeff Merkley (D-Ore.). According to Rep. Thomas Massie (R-KY), within 10 years hemp cultivation could create 10 times the number of jobs that the Keystone XL pipeline ever would.

Industrial hemp bills have been introduced in Congress before (the first time in 2005). But the current bill has the backing of Republican leaders like Mitch McConnell. The Kentucky senator has been a late convert, but he recently stated, “I am convinced that allowing its production will be a positive development for Kentucky’s farm families and economy.”

McConnell’s home state, Kentucky, is one of the regions that stands to benefit the most from hemp production. The Bluegrass State has been hit hard economically by the loss of manufacturing and the decline in coal mining. With 20 percent of its residents living beneath the poverty line, the state is badly in need of a new industry to revive economic growth.

In fact, a host of values-driven hemp companies — including war veterans turned hemp farmers —are springing up in the Appalachian area. There’s even talk of a Washington D.C.-backed hemp processing plant being built in the heart of coal country to help revive Kentucky’s fortunes. 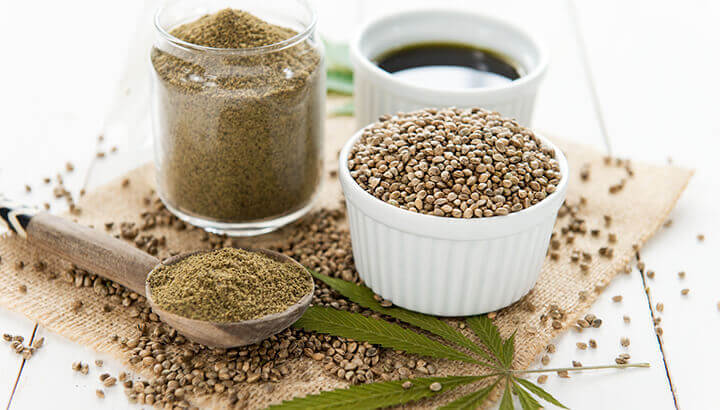 Many experts predict Congress will pass the hemp act within the next year. The election of Donald Trump could alter the political dynamics, but perhaps in ways that people do not expect. Of course, the president-elect has already appointed Jeff Sessions, a staunch opponent of cannabis reform, to be attorney general. However, Trump has also pledged to find ways to resuscitate America’s flailing manufacturing sectors and do something about the country’s trade imbalances. Reviving industrial hemp could be a surprising but promising way to begin delivering on his campaign pledge to make America great again.

Hemp has a bright future

There’s reason to believe the political stars are aligning in hemp’s favor. If so, the future for the industry looks bright. Michael Renfroe, a biology professor at James Madison University who led a hemp research program in Virginia, says “I think this is a crop that has a high potential for growth” in the state.

He’s hardly alone. An estimated 25,000 products can be made from this hardy, sustainable and environmentally friendly plant. Experts caution that no single crop can solve our economic or environmental challenges. However, it’s pretty close to a no-brainer that cultivating hemp will be a boon for job creation, consumers and the planet.