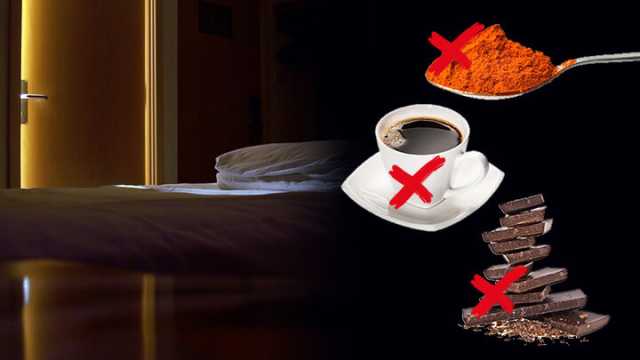 If you suffer from frequent urination at night — also called nocturia — chances are you’re probably not getting enough restful sleep, leaving you cranky and frustrated with your body. Here’s how to get your overactive bladder under control, naturally.

If you find yourself getting up more than once during the six to eight hour period when you should be sleeping, you’re not alone. Approximately one in three adults over the age of 30 have nocturia (an excessive need to urinate at night), says the Urology Care Foundation. It could be the case that your body is making too much urine, your bladder can’t hold it for long periods of time or it’s a bit of both.

According to researchers, nocturia has a significant impact on people’s overall health and wellbeing. It contributes to fatigue, memory issues, depression and anxiety, higher risk of heart disease, gastrointestinal distress and increased risk of falls. Sleep is tied to everything — and without it, our bodies suffer.

There are several lifestyle choices, health conditions and medications that affect the presence of nocturia. One of the most common is aging. That’s because the older we get, the less our bodies produce the hormone that tells our kidneys to take it easy while we’re resting. In addition, with age, the bladder becomes less elastic, so it can’t hold onto as much urine as it used to be able to. The result? Frequent trips to the restroom in the middle of the night.

In older men, an enlarged prostate could be the culprit behind nocturia. This occurs because the bladder is unable to empty out completely, leading to more trips to the toilet round-the-clock. In women, those who have had children may have weaker muscles if they haven’t worked on their pelvic floor muscles. Additionally, women who have gone through menopause experience reduced estrogen production, which can impact the urinary tract.

If you think you might have a serious medical condition, make an appointment with your doctor today. Here are some other common reasons for frequent urination at night:

Keep a diary by your bed and record how often you’re going to the restroom, so you can report back to your doctor. You can also use the BladderTrakHer web app and log every trip to the toilet. In the meantime, here are some ways to handle nocturia:

Are you having several cups of tea before bed? Drinking a few too many glasses of wine in your PJs? Before anything else, try modifying the amount of liquid you drink before bedtime to see if this can effectively reduce nighttime urination. You may find immediate relief! Also make sure to avoid caffeine in the afternoon or alcohol in the late evening, since both interfere with your natural urination cycle.

With all of that said, it’s important not to reduce your overall fluid intake too much. It may seem like this is an easy way to stop peeing at night, but it could have adverse health effects, like a urinary tract infection. Speaking of which…

Check in with your urinary tract

When you have the early symptoms of a urinary tract infection (UTI), you may feel the urge to “go” more often than normal, especially at night. Before a full-blown infection strikes, stay hydrated every day, adjust your diet to include probiotics and always pee after sex. You might have an infection if your nighttime urination is paired with pain in your stomach, a fever and blood in your urine. If this is the case, see a doctor right away to confirm your diagnosis.

Talk to your doctor about your meds

Many medications have nocturia as a side effect. For example, if you suffer from heart failure, your doctor may have prescribed you a diuretic to get rid of the edema (fluid buildup) in your lower extremities. Unfortunately, you may feel the need to pee more often at night. Talk to your doctor about changing the medication or see if you can take it earlier in the day.

It may not actually be the urge to pee that’s waking you up, but a different problem altogether. Do you have chronic pain? Sleep apnea? Are you feeling anxious or depressed lately? All of these things can interrupt your normal sleep pattern, leaving you awake at strange hours of the night. Talk to a physician you trust about to fix your sleep disorder, naturally. You may find that your peeing problem goes away too.

Eat a handful of raisins

The evidence on this is purely anecdotal, but many nocturia sufferers have reported positive effects from eating a handful of raisins just before bed. To see if this works for you, eat 1/4 cup of raisins (about 30) before you head off to sleep. Try this for several nights in a row to see if it makes a difference. Even if it’s only the placebo effect, at least it works for some people!

There are several foods and beverages that are known to make bladder irritation even worse. If you’re eating or drinking any of these, stop and see if your nocturia gets better:

Make sure to scan the complete list of foods to avoid from the Cleveland Clinic.

It’s always a good idea to strengthen your pelvic floor muscles, which support a woman’s uterus, bladder, small intestine and rectum. For a man, strong pelvic floor muscles support the bladder and urethra, helping to combat incontinence and other problems down the line.

So what’s the solution for both men and women? Kegel exercises! Studies have shown that performing kegel exercises on a daily basis can significantly strengthen pelvic floor muscles, which helps to address many of the biggest problems associated with urinary issues.

First, identify the muscle group by interrupting the flow of urine. Hold for five seconds, then resume peeing. Once you’re familiar with the right muscles, lie down on your back in a comfortable spot. Tighten the pelvic floor muscles, holding the contraction for five seconds, then relax for five seconds. Do the exercise four to five times in a row, a few times a week. Be careful not to overextend your bladder and cause further irritation. Within a few weeks, you should have a stronger pelvic floor, especially if you try out this next tip…

Roll out your yoga mat

Among yoga’s numerous benefits are exercises that strengthen the pelvic floor. Get on down to your nearest yoga studio or search for “yoga and pelvic floor” exercises on YouTube. Some of the best asanas for your pelvis are: