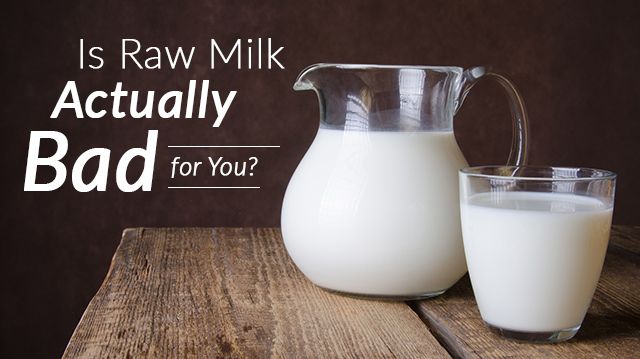 A few months ago, raw milk once again made the headlines when a group of West Virginia lawmakers reportedly became sick after consuming raw milk during a party to celebrate the passing of a bill to legalize its consumption. A spokesman from the party asserted that there was no link between the revelers drinking the raw milk and becoming ill, that it was just bad timing and an unrelated virus was going around, but the damage was already done. The media gleefully turned to the event and worked their wily ways, firmly implicating raw milk, undermining the passing of the raw milk bill and turning the tide of public opinion against its consumption in one fell swoop.

This was just one of many sting operations against raw milk that have been taking place more and more frequently in recent years, as the case for legalization of raw milk builds momentum. But the ease with which a few poorly written articles can turn public opinion and have would-be raw milk supporters shaking their heads and rethinking their stance is a good indication of how deep our fear of raw milk runs.

But why? Why do we have such a deep-seated stigma against raw milk? Many of us don’t even know the reasons why the government chooses to maintain its illegality, and at the same time, we have no idea the extent to which raw milk can bring health and vitality into our lives.

Over the past four years, my partner and I have been living in Ontario, Canada. Here, like most places in both Canada and the United States, raw milk is seen as the enemy and the government has laws in place to prevent its sale to the general public. Being passionate about our health, we did the research into raw milk and were blown away with the benefits raw milk offered.

These benefits are wide-ranging, but here are a few to help you visualize just how big a deal raw milk is:

During the course of our research, we came to understand that milk is meant to be consumed raw. As with many other parts of our diet, consuming it in its natural, unaltered form means we ingest all of its benefits while avoiding the drawbacks that come from consuming the pasteurized form. There are countless stories of people who suffered from lactose intolerance or gut issues, then switched to raw milk and suddenly their problems vanished. And the more we read into the subject the more we began questioning whether the government’s anti-raw milk legislation really had our health in mind, or whether something more sinister was at play.

We set our minds to getting our hands on raw milk, and it quickly became apparent that it was not going to be an easy task. There were plenty of farmers out there who recognized the benefits of raw milk, but few who were willing to go up against the provincial or federal government to get it legalized. Up until this point, in Ontario and elsewhere in Canada there had been a number of concerted attempts to change the government’s stance on the issue, but with little success.

In the face of these failures, milk producers in Ontario began to look for other ways to get raw milk out to an increasingly growing number of health-conscious consumers. Ultimately, the solution was a simple one: Consumers could buy a cow (or part of a cow, as it were), thereby ceasing to be consumers and now becoming the proud new owners of a theoretical cow. The legality of this system was a little shady, but for the time being it would have to do — in order to bring raw milk into our lives, we would have to buy into a “cowshare.”

So we dropped a small sum of money to buy a quarter of a cow and became part of an exclusive club of people who had access to what was previously an illegal product. Our cowshare gave us access to around 20 liters’ worth of raw milk products each week, including cheese, whey, butter, milk, sour cream, cream and so on. We would order our milk products through an online system and a few days later I would drive to a prearranged location in the suburbs of Toronto to pick them up from a man in a van. The feeling of doing shady dealings in contraband or black-market goods was not lost on us, but it had a kind of romance to it — we were kind of like the healthier, modern-day equivalents of the Prohibition-era bootleggers of the 1920s and ’30s.

Despite what you might think, this was a highly organized affair. Payments were made online, orders were made online, we received weekly updates and newsletters from our farm regarding the rural state of affairs and the health and diet or “our” cow, were invited to quarterly “shareholder” meetings, and the jars and containers the products came in were all methodically sterilized, labeled and packaged with care. This was their chance to let people experience the wonders of raw milk, and they weren’t going to let this turn into another bad-press event.

And despite the doom and gloom the media has piled on raw milk, nothing bad did happen. We spent hundreds of dollars on raw milk products every week, and we couldn’t get enough. Finally, we had access to something wholesome, nourishing, sustainable and local. We knew exactly where our products came from, were in direct contact with the producer and manufacturer, were supporting farming practices that nurtured the land rather than poisoned it, and our health noticeably improved.

A couple of times, in the middle of summer, we accidentally left a two liter jar of raw milk sitting out on the kitchen counter. Normally, if this had been your average pasteurized milk, that would have been the end of the line for that jar of milk — the warmth of the room would have allowed bad bacteria to colonize the milk and make it unsafe to drink. Our raw milk, however, was chock-full of good bacteria that prevented harmful pathogens from making it their new home and rendering it unsafe. The milk gained a little flavor and coagulated somewhat, but it was perfectly safe to drink and never once did we get sick, even after two years of daily raw milk consumption.

Beyond the anecdotal evidence, the scientific case against raw milk is a weak one. Raw milk opponents claim that it is unsafe to drink and therefore a danger to the public, quoting various cases where people have become sick or even died from consuming it. These same people fail to mention the fact that there are far more cases of people falling ill or dying from drinking pasteurized milk than its raw counterpart. According to a study that examined data from the Centers for Disease Control and Prevention (CDC), there were 1,100 illnesses caused by raw milk between 1973 and 2009. For this same period, there were 422,000 illnesses caused by pasteurized milk. There were no recorded deaths from raw milk consumption, while there were at least 50 from pasteurized milk or milk products. Interesting.

Other research, published in the Summer 2011 issue of Wise Traditions, the journal of the Weston A. Price Foundation, indicates that people are in fact 35,000 times more likely to become ill from other foods than they are from raw milk. On the US Food and Drug Administration’s (FDA) list of top 10 most risky foods in America, raw milk and raw milk products are notably absent, whereas pasteurized ice cream and pasteurized cheese make an appearance.

When you look at the numbers, it just doesn’t make sense. Why are US and Canadian governments so anti-raw milk? Plenty of other countries have adopted pro-raw milk legislation and they’ve never looked back. In Europe, for example, you can buy raw milk from vending machines. There, the measures governing sale and distribution of raw milk are so strict that they far exceed any standards governing food safety and handling.  In the US, on the other hand, the USDA only requires a 50 percent pass rate for salmonella samples in pasteurized milk for them to be deemed safe for consumption. So much for food safety.

Is it possible that rather than having our health in mind, North American lawmakers are merely attempting to clamp down on a practice that would encourage the growth of localized, small-scale, sustainable farming? Because the fact is that the traditional model of large-scale farmers producing milk using pesticides, herbicides, factories, grains and machinery cannot produce raw milk safely. The conditions on these farms ensure unhealthy cows and conditions that promote pathogenic invasion, meaning these farmers could never hope to produce raw milk without contamination. Small-scale, organic farms that produce milk from grass-fed cows, however, can do just that.

What it really boils down to (pun unintended, but let’s run with it!) then, is money. Not safety. Think about that next time you read yet another misguided article postulating on the risks of raw milk.

Interested in getting your hands on some raw milk? Here’s how to go about doing it in states or provinces where you can’t buy it in stores.