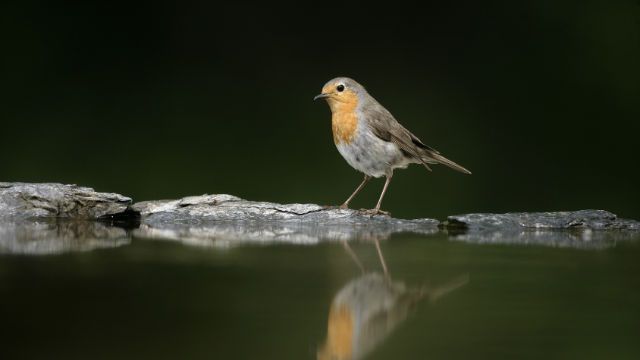 Neonicotinoids, one of the most widely used classes of insecticides in the world, have been in the news lately due to their connection with colony collapse disorder (CCD), which has been wiping out adult bees in devastating numbers. Now, new research has found that neonicotinoids may deteriorate the populations of birds, as well.

Last year, we reported on the European Union’s decision to ban this class of pesticides, largely due to their potential dangers to bees, some of our most important pollinators. In the United States, and in many other parts of the world, the use of neonicotinoids remains widespread, though some US cities are taking action and banning them at a local level.

It goes beyond bees, however. Researchers are now finding that these dangerous chemical compounds may have severe consequences to our entire food chain. A new study performed at Radboud University in the Netherlands surveyed the populations of 15 species of birds between 2003 and 2007, and measured the levels of neonicotinoids in water surrounding their habitats.

Results of the analysis showed that in areas where neonicotinoids were the most concentrated in the water, the farmland bird populations showed decline. Specifically, in water samples where neonicotinoid levels were over 20 nanograms per liter, the populations of tree sparrows, starlings, barn swallows and several other types of birds decreased by about 3.5 percent per year over the time period surveyed, compared to average population trends.

The researchers hypothesize that one of the main reasons for these declines may be that the neonicotinoids are destroying the birds’ food supply, especially during the breeding season when birds hunt for insects to feed their offspring. However, the researchers also state that the pesticides may be causing more direct damage to the birds as well, especially in smaller species.

While some critics of the study might say that more research needs to be done to further establish and understand this connection, how much more harm must come to our environment and its inhabitants before we decide that toxic chemicals are not the Earth-friendly way to conduct our affairs?